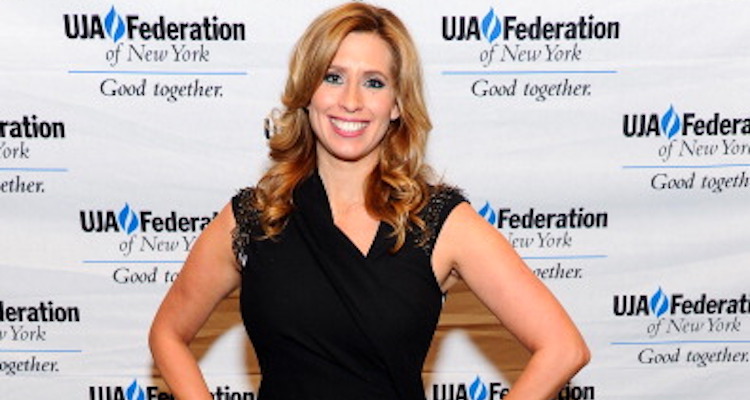 Where is Stephanie Abrams now? It’s a new year, and for many people that means more snow and brutal wind chill. So what do people do for their routine weather updates? They look to the Weather Channel’s meteorologist. But what happened to Stephanie Abrams?

One of the 39-year-old’s last Instagram posts was Christmas related and said: “Happy and Merry everything to you, from all of us @weatherchannel !!! May 2018 be your BEST year yet! [sic]”

Many of her followers replied to her holiday message, which was a short video of stories reported at The Weather Channel.

One comment read, “Merry Christmas to all at TWC!! Thank you for bringing us up close to the weather, and keeping us informed! [sic]”

Another comment read, “Merry Christmas and Happy New Year to the entire cast and crew. Thank you for the great coverage.”

Stephanie Abrams has quite the following on all of her social media platforms and many of her loyal fans often contact her on Instagram or Twitter.

In a December post on her Facebook page, Abrams (sitting on a shelf) wore a red dress and quipped that she was going to see if the weather was “naughty or nice.”

One fan wrote: “Steph you can be on my shelve any time you want you are beautiful and a terrific meterologist thanks for all your reporting i wake up early just to see you on the morning show [sic].”

Another fan wrote: “Love the Girl on the Shelf. Really pretty, and have loved you for along time. I remember when you first came and they put you out in one of the storms. You were such a trouper and did a great job. Love seeing how you have grown into the job and into your beautiful self [sic].”

But not all the comments are overly supportive or well-intentioned. While she may not be getting death threats, that doesn’t mean she’s not potentially out of harm’s way. Abrams has been known to get lewd comments made at her online for her appearance and some of them are worse than others.

In response to the same “naughty or nice” post, one comment said,“Oh hell yeah!!!..HOT, HOT, HOT!! Stephanie Abrahams is scorching it in that flaming red dress. Showing off your soft smooth shining clear clean caressive flesh and skin!!!..Do a video of you doing the weather walking back and forth [sic].”

The man in question was immediately told about his “creepy” message which started a thread of comments going back and forth. (Guess no one told him, “Time’s Up”)

Speaking of “Time’s up,” Women in Hollywood wore black at the 75th Golden Globes as a sign of protest against sexual abuse in not just entertainment, but all industries. Clearly, Abrams can attest to the type of advances she often gets for her appearance. (Like the creepy guy who mentioned her “caressive flesh” above.)

Where is Stephanie Abrams from The Weather Channel?

Where is Abrams currently? Well, according to her Twitter account, she was last seen at JFK airport, which was flooded due to a broken water main! She reported that she was all right and that people were being evacuated to safety. She took to Twitter to report on the situation—as usual, bringing fans the need-to-know information under any condition!

Got caught up in the water main break at JFK. Thankful we got off plane & through customs (we were some of the last few)! Hoping for a quick clean-up/fix for those stuck!!!! pic.twitter.com/Ir2jSSpEpC