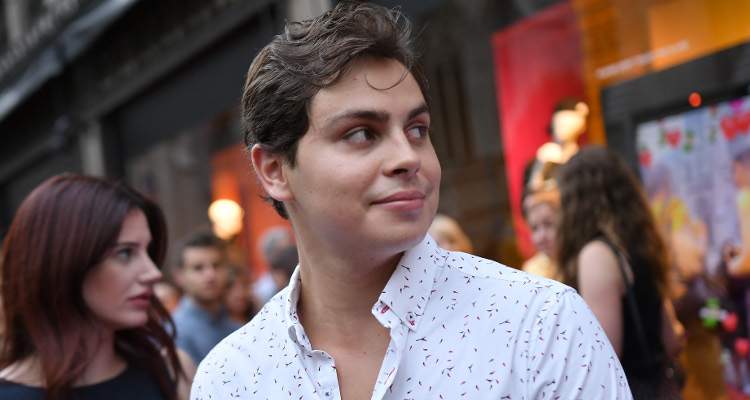 It feels like only yesterday when we saw the sassy Alex (a.k.a. a young Selena Gomez) on Wizards of Waverly Place. Now, she’s all grown up and so are her on-screen brothers! The youngest wizard on the show, Max, was played by Jake T. Austin, who went on to star in The Fosters for a short while. Why did they change Jesus on The Fosters? We’ve got the scoop.

Wizards of Waverly Place celebrated 10 years last month. Unless there was some real wizardry involved, it feels like we blinked and Selena Gomez and Jake T. Austin are no longer those mischievous bratty wizard kids anymore. While Gomez is doing fabulously, we wonder about her fellow castmates. The eldest Russo wizard, David Henrie is enjoying newlywed bliss, and the youngest, Jake T. Austin, is busy with his own thing. He shed his Disney image with the ABC Family drama, The Fosters. He played the troubled youth, Jesus Foster in the first two seasons before his abrupt departure. What happened to Jesus in The Fosters? A new face was seen playing Jesus in the later seasons. Why did Jake T. Austin leave The Fosters? Here’s what the young actor is up to now.

After gaining fame as Max Russo in the Disney series, Wizards of Waverly Place and all of its spin-offs, Jake T. Austin went on to expand his acting credits. He made his feature film debut in the Dreamworks film, Hotel for Dogs.

In 2010, he was named one of the “25 Brightest Latino Stars Under 25″ by Latina magazine. He even sold his first screenplay, Kings of Suburbia when he was young.

He lent his voice to Rio and its sequel and had guest roles in TV shows. He got his big break with Disney and The Fosters on ABC Family.

He played Jesus Foster, one of the many children of two women raising a multi-ethnic household. He was critically lauded for his acting and gained a large following. But after the season 2 finale, Austin abruptly announced his departure from the show.

“I’m honored to have been a part of such a groundbreaking series, but I personally want to let you know that my time on the show….has come to an end. Thank you for letting me be a part of your family, it’s been a pleasure. -JTA” Austin wrote over a series of tweets confirming his departure.

In the season 2 finale in 2015, Austin’s Jesus was in a terrifying car accident. That left fans speculating the character’s fate. While they were expecting the next season to deal with the aftermath of Jesus’ death, season 3 premiered with a different Jesus Foster.

Noah Centineo was recast to play Jesus, which was a surprise to fans. Centineo, who is also a Disney alum, picked up as Jesus where they left off. Jesus was shown to have survived the car accident and was sent to boarding school.

With the recasted role, viewers were quick to speculate if Austin left the show on bad terms. Some believed he didn’t want to be stuck playing teen roles anymore. After months of speculation, the 22-year-old finally put an end to the questions.

Not true. I just wanted to do roles with more substantive content. https://t.co/QcwdKqwpWG

In January, during a Twitter Q&A, Austin clarified that he left the show because of creative differences. He denied the rumors that he “didn’t want to play a teen role anymore, saying: “Not true. I just wanted to do roles with more substantive content,” he wrote. Additionally, he revealed his role was reduced in the third season. So he left to explore other opportunities.

Since leaving The Fosters, he has done more voice-roles, he’s competed on Dancing with the Stars, and he’s worked on a new screenplay. Recently, he starred in The Emoji Movie and worked on The Valley, which is set to release in 2018.

I was only asked to return for 3 episodes and wasn't going to be able to work on anything else, so I left… https://t.co/CODvFGaEIi

On the personal front, he’s doing rather well. Austin is dating a woman named Danielle Caesar. They caused quite a stir when it was revealed she was a fan who tweeted him for years before they met at an autograph signing event. Love blossomed and they’ve been dating ever since.

Had a great time last night with my baby @danielle_ceasar! Thanks @premiosjuventud ??

Also, he’s very open to doing a Waverly Place reboot! Austin, Gomez, Henrie, and series creator, Todd Greenwald have been dropping hints about a possible reboot and messing with our hearts. Just give us a Russo reunion already!

You remind me daily to live my most authentic life without apologies while constantly inspiring me to be the best I can be for not only myself, but for others. You're one of the strongest people I know, proving that day in and out with a smile and no complaints even at times when I know it was hard for you. Anyone who knows you is well aware of your resilience. I've never been more proud to call you my friend, my family and someone I couldn't live my life without. Someone once said, "friends are the family we choose" and I'm so thankful you're both. #getwellsoon #flasbackfriday ??