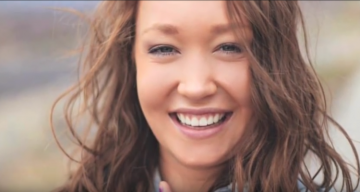 How Did Annie Schmidt Die?

Anna “Annie” Schmidt was 21 when she was reported missing in Oregon on October 16, 2016. Her parents, Jon and Michelle Schmidt, searched for weeks and put out news alerts to several media outlets and Facebook, but had no luck.

Annie Schmidt was last seen by her roommate and sent out a Snapchat video while going on a hike in the Tooth Rock Trailhead area of Oregon. The remains of her body were found weeks later, and she died of blunt force head trauma, according to the Multnomah County Medical Examiner’s office.

Although she wasn’t found alive, Jon Schmidt thanked everyone in a Fox12 interview, for trying to help locate his daughter.

“The more people that we get looking at her picture that were hiking here on Sunday, the better our chance of sending the dogs in the right direction,” Schmidt said. “It’s literally a 50-mile area and it’s like a needle in a haystack.”

Schmidt later took to social media and wrote on Facebook, “There is no way to thank our Heavenly Father and His Son Jesus Christ for the support we have felt through you.” He continued, “You have searched with us, prayed with us, hoped with us, fasted with us, supported us and sacrificed for us. We thank you from the very bottom of our hearts!!!!”

A month after her daughter was found dead, Michelle Schmidt spoke to Fox13 about how she felt, and the feeling she had about her daughter not coming back.

“It’s so awful and so sad but it doesn’t mean we can’t see the miracles in it at the same time,” Schmidt said.

“I just felt like she was with me,” Schmidt added. “I felt her very strongly the first day and that’s why I felt she had passed at that point and I felt right from the start we were looking for her body.”

She also took comfort in knowing that her late daughter didn’t suffer and that they could have a proper funeral for her.

“So grateful to be able to have her body come home and put her in a burial plot and have a place for her remains to be,” Schmidt said.

The popular pianist dedicated a song to his daughter in a YouTube video titled, “The Sweetest Gift.”

“Even though we held onto hope that we would somehow see her again, it was just a brutal time we were going through right at Christmas, and it felt pretty hard to celebrate,” Schmidt says in the video. “As my wife and I listened to the words of this song, it expressed exactly what we were feeling.”

The song is part of The Piano Guys latest album, Christmas Together, and features the lyrics: “Sometimes I still break down/grieving that we’re apart/but the sweetest gift is knowing where you are/you’re with the Son of God.”

“So many people struggle with loss at this time of year, not just me,” Jon Schmidt says before performing the song. “If you are missing someone this Christmas, I want to dedicate this song to you, and I also want to dedicate it to Annie, my sweet Annie, who I miss very much.”