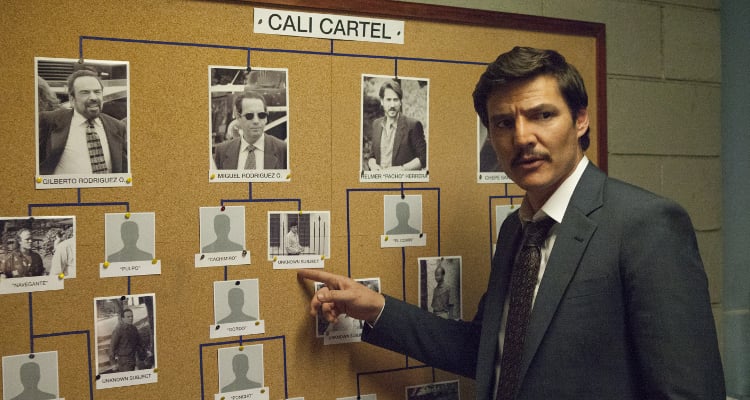 With Narcos’ location scout dead, many have questions as to why he was the target. The Mexican scout was found shot dead in a violent part of Mexico, while seeking out possible locations for the show’s fourth season. The well-known scout was 37 years old and had worked for the U.S. Netflix show for many years. Portal’s body was found riddled with bullets and his car was found in a remote area near San Bartolo Actopan, near the Hidalgo border. The state of Hidalgo is said to be one of the most dangerous parts of Mexico. In July, 182 cases of homicide were reported in the densely populated state, a ratio of 12.2 for every 100,000 inhabitants.

Why Was Carlos Muñoz Portal Killed?

It’s unclear why the respected location manager was murdered but it wasn’t unusual for him to scout locations for the Netflix series by himself. Netflix issued a brief statement, saying, “We are aware of the passing of Carlos Muñoz Portal, a well-respected scout, and send our condolences to his family. The facts surrounding his death are still unknown as authorities continue to investigate.”

A police spokesman said: “We do not know if he was in Hidalgo and from there they followed him or if he was in the state of Mexico and tried to flee towards Hidalgo.” Portal’s friend originally spoke to El Pais regarding Portal’s death, but was unsure as to why anyone would want to hurt him.

“Maybe they thought he was collecting information and they started tracking him in a car,” said Portal’s friend, who chose to stay anonymous. And according to the attorney general of Mexico, they have no witnesses at this time.

It’s unknown if Narcos will continue with its Mexican locations as scheduled, as it is reported that its fourth season moves from Colombia to Mexico and is focused on the feared Juarez Cartel. Over the past 10 years, drug-related instances and violence have forced film and TV productions to relocate. Portal has worked on projects such as James Bond’s Spectre, Mel Gibson’s Apocalypto, and Tony Scott’s Man on Fire, among others.