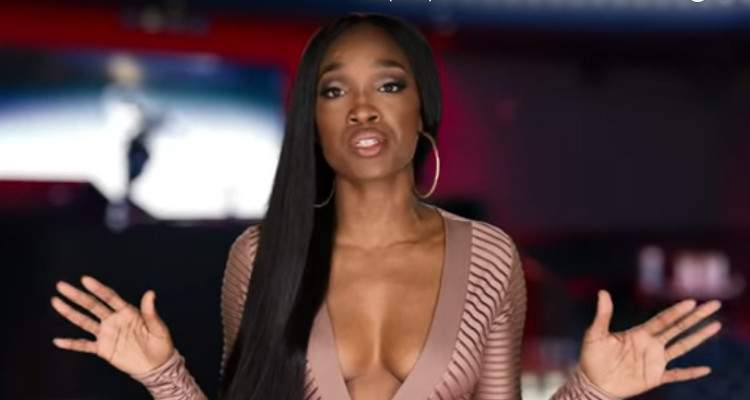 Even though Joy Young has been separated from Trick Daddy for over four years, she is still legally his wife. Things are a bit awkward as they both star in the new VH1 spinoff, Love & Hip Hop: Miami, and they clearly try to avoid each other at all costs. She is being advised to move on and live life on her own terms and is working hard to be financially independent.

The VH1 show premiered on January 1, 2018, and introduced some very talented individuals to a nationwide audience. One of them is the sultry Joy Young, musician Trick Daddy’s wife.

Fans are wondering why Joy Young is still Trick Daddy’s wife, as the couple has been estranged for the last four years. And now, they are seeing each other for the first time in years on the show.

Who Is Joy Young?

Born in 1977, in Miami, Florida, Joy Young’s age is 40. A hair stylist and entrepreneur, she is the founder and owner of New Roots Extensions.

According to sources, Young has reportedly been trying to get a divorce from Trick Daddy for the last four and half years, but the matter is proceeding very slowly. She is also getting paid for working on the reality show Love & Hip Hop: Miami, but the exact amount is unconfirmed.

Putting the Past Behind

Even though Joy Young is separated from the rapper, they are cordial, as demonstrated on the show. She takes a lot of advice from Trina—Trick Daddy’s late brother, Derek “Hollywood” Harris’ ex-girlfriend—who told her to not depend on Trick for alimony as he does not have much money.

Trina also encouraged Young to date other guys so that she can have a healthy life of her own instead of mulling over her past.

Time to Get Closure

According to sources, Joy Young is on Love & Hip Hop: Miami to find closure. However, Trick Daddy was really affected by her presence and didn’t know what to.

Trick Daddy said, “Me and Joy been separated for a long time. A lot of things did change – I gained weight, lost weight, damn near lost my mind. And all the things she said I couldn’t do, I couldn’t give her. She ain’t found them yet. We gonna bow our heads and pray for her.”

Looking at the current status of their relationship, and seeing how both are affected by it, we hope that Joy Young gets her closure.