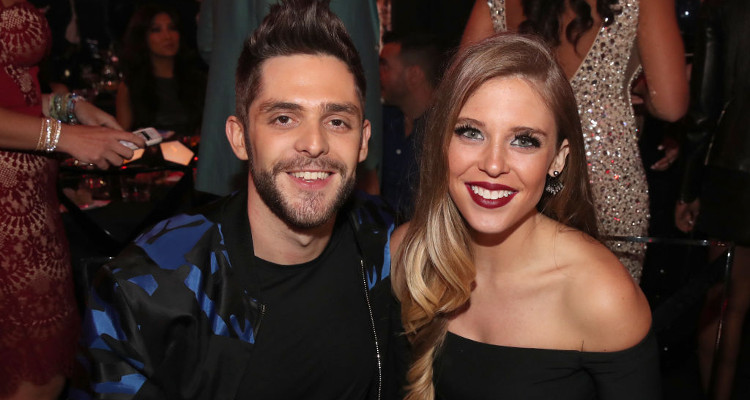 Lauren Gregory is a beautiful woman with a heart of gold. She is a pillar of strength for her husband, country singer Thomas Rhett, and keeps him grounded. After bringing home a baby girl from Africa last month, she is looking forward to the birth of her son in August 2017.

Although he is a famous, young, and talented country music artist, not much is known about Thomas Rhett’s wife, Lauren Gregory. She tends to avoid the limelight, but completely supports her husband. We saw her last year with Rhett at the American Country Music Awards, and she totally stole the show! The couple looked super cute together and since then, there has been a lot of interest in Gregory. We have some details about her in our Lauren Gregory wiki, right here.

Sealed with a Kiss

TODAY TODAY TODAAAAYYYYYY I GET TO SEE YOU TODAYYYYYYYY ??????????? im gonna hug you and never let go because I feel like this has been the longest month of my life!!!

Born on November 8, 1989, Lauren Gregory’s age just 27. Lauren Gregory and Thomas Rhett have known each other since they were in sixth grade. They even dated when they were in high school and stayed friends after they broke up! Rhett remembers, “I don’t think she really noticed me till we were 16. When I heard that she had ended up her other relationship, I moved in for the kill. We kissed, and that was it.”

The couple got engaged in December 2011. Rhett proposed at Gregory’s favorite Nashville restaurant, Giovanni’s saying, “There was a [wine] bottle, and with a silver Sharpie, I wrote, ‘Marry me?’ on the bottle, and she wrote ‘Well, duh, yes’ on the bottle. Somebody cued ‘The Way You Look Tonight’ by Frank Sinatra, and we danced in this little cigar room. It was pretty awesome.” The two got married outside Nashville in October 2012, and have been together ever since.

Rhett admits that though he is a big star away from home, Gregory keeps him grounded when they’re together. “I’ve even come home a lot of the time and talked about what I did on the road and what songs I’m gonna cut, and then I realized I haven’t even asked my wife how her day was. So I think this business can be very consuming for some people. But thank goodness that my wife is there to call me out every single time, so my head shrinks a little bit,” explains Rhett.

Happiest Couple in the World

despite her confused look, I think she really loved her first weekend on the road ? (& daddy took her on stage!! ??-soo cute)

Lauren Gregory and Thomas Rhett have always wanted children. So, in the later months of 2016, they began the process of adopting a baby from Africa. They brought Willa Gray Akins home on May 12, 2017. They announced their decision to adopt in February, at the same time they revealed that Gregory was pregnant with the couple’s first child!

A Heart of Gold

I might just now be getting in bed (not kidding), I might also have swollen knees and cankles?, and I might have taken a selfie, but can't you see that we had SO. MUCH. FUN??? Totally worth it 🙂 shout out to @thedryhousenashville for my makeup & hair surviving the ACM glow stick & face paint dance party and all the after party Vegas festivities? I'd say the ACMs this year were a W for the Akins fam ?????? #songoftheyear #malevocalistoftheyear #whatishappening #woahhoney #SOPROUDBABE? #glowsticksmakeeverythingbetter

Thomas Rhett’s wife is a very positive person, who believes in being positive and celebrating every joy —big or small. Lauren Gregory’s Instagram account is living proof of that. It has pictures of the happy couple, Gregory with her friends, and the couple’s new daughter. We wish her and her husband a ton of happiness and best wishes for their children!