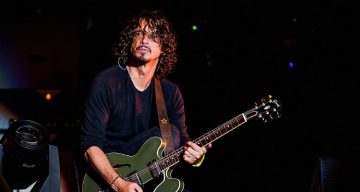 Susan Silver was born on July 17, 1958, as Susan Jean Silver in Seattle, Washington. She majored in Chinese at the University of Washington. In 1990, she married grunge singer Chris Cornell while also managing his band, Soundgarden.

In June 2000, the couple had a daughter, Lillian Jean. Silver divorced Cornell in 2004, resulting in a four-year legal battle. In December 2008, Silver lost and Cornell recovered his collection of 15 guitars.

It has also been reported that Silver hired a private investigator to spy on her ex-husband and his new wife, Vicky Karayiannis.

Silver was an established manager in the music industry. She began her managing career in 1983 with the legendary grunge band, The U-Men. In 1985 she met Soundgarden, and started working with them the next year. Aside from managing her ex-husband’s band, she was also co-handling Alice in Chains with Kelly Curtis, who would later drop Alice in Chains for Pearl Jam.

Susan Silver was sued multiple times by her former husband and client, Chris Cornell. In 2005, he filed a $1.0 million lawsuit against Silver claiming that she cheated him out of royalties and never returned his Grammys, recordings, and other memorabilia.

As reported by MTV News in 2006, Cornell also accused Silver of violating California’s Talent Agency Act by booking gigs for Soundgarden without their permission. Later that year, he sued his former divorce lawyer and accountant, claiming that they were negligent by letting Silver co-own musical works instead of just giving her a cut of his royalties.

It has also been reported that Alice in Chain’s lead vocalist, Layne Staley, had a rocky professional relationship with Silver. Staley’s mother also filed a lawsuit against Susan Silver, claiming that Staley tried to leave the band, but Silver forced him to stay because his departure would result in the band’s staff losing their jobs.

The now 59-year-old Susan Silver retired from the music industry in 1998. With her retirement, she closed down her management agency, Susan Silver Management, so that she could concentrate on raising a family.

In 2010, Soundgarden reunited and subsequently released their last album, King Animal. When asked about her views on the band’s reunion, Silver said, “Chris didn’t have anywhere else to go. His solo career was so unfocused that he started to modify his behavior to make this work and earn the other guys’ trust back. Making amends takes awhile, which is why there’s only been a club show and a commitment to one national show.”