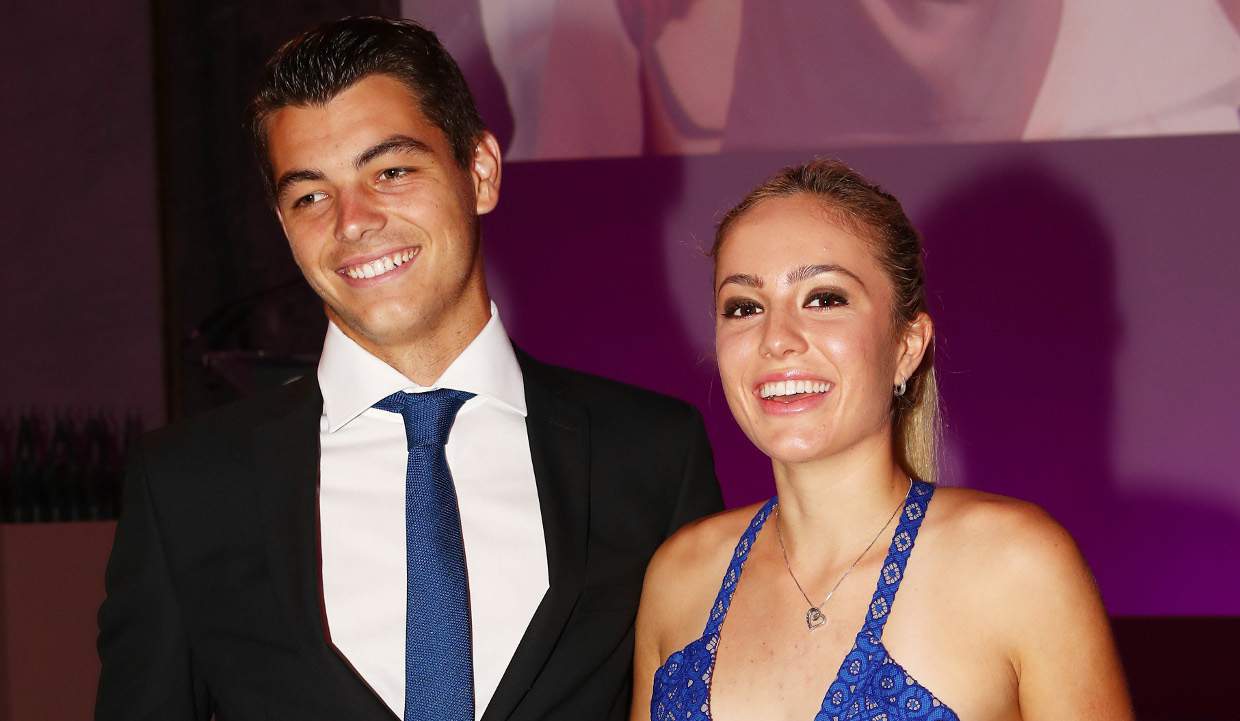 Raquel Pedraza doesn’t waste any time! She started playing tennis at age five, was married at 18, and became a mother at 19! The lucky man in her life is the promising American tennis player, Taylor Fritz. With his wife taking a break from the court, he gets to focus on his game while Pedraza takes care of their baby boy, Jordan, and the home front. Learn everything you need to know about Taylor Fritz’s wife here!

Taylor Fritz is an American professional tennis player and the second-fastest American to ever reach an ATP final. He achieved this incredible feat in just his third career event. So, there’s little wonder why Fritz is considered one of the most promising tennis players in the country today!

Fritz has also been in the news for his personal life. He dated and later married a fellow tennis player named Raquel Pedraza and settled into matrimonial bliss pretty early in life. People want to know more about Taylor Fritz’s wife, so keep reading for some details from Raquel Pedraza’s wiki.

Inspired by Her Brother

Born on January 28, 1998, in Fountain Valley, California, Raquel Pedraza’s age is 20. Her father is from Mexico and speaks Spanish while her mother is from Niagara Falls, New York.

Pedraza has an older brother who also plays tennis. She was inspired to take up the sport after watching him play, as to her, it looked to be a lot of fun and something she was drawn to early on in life.

Initially, Pedraza studied at a private Christian school, but later, her parents decided that she should study at home so that she could devote more time to tennis. So, she was homeschooled from the age of 12 and started spending every moment she could spare to improve her tennis skills.

Pedraza started playing tennis at the tender age of five. Even today, her goal is to be the number one ranked female tennis player in the world. There are some who say that her early marriage and subsequent motherhood would get in the way of her career goals, but Pedraza doesn’t believe so.

Pedraza’s relationship with fellow tennis player Taylor Fritz is the stuff dreams are made of. In fact, he proposed to her right under the Eiffel Tower in Paris, France, in 2016! Ahh…L’Amour!

The couple married each other on July 7, 2016, in Rancho Santa Fe in California.

Their wedding was a big and hearty family affair with all their close friends in attendance, as well. The traditional wedding ceremony took place at The Village Community Presbyterian Church.

The stork visited the young couple pretty early. Pedraza gave birth to their first child, a baby boy they named Jordan, in January 2017.

Never easy being away when you have such an amazing family at home ?So happy to be back with my beautiful wife @raquel_fritz ? and our perfect baby boy ? I love you guys so much ? #Jordan #Home #Fam

Never Too Young to Marry

When Pedraza and Fritz decided to tie the knot at the young age of 18, they both got plenty of heat from all quarters! People commented that they were way too young to get married. It got to the point that Fritz decided he had to speak out about it publicly.

So lucky that @raquel_fritz is my valentine every year ?❤️love you❤️ #happyvalentinesday

During an interview at Wimbledon in 2017, Fritz said, “I am an adult. In every aspect of my life…I have a lot more responsibilities than a lot of people my age. Of course, going to school and going to college would be a lot of fun. But I would never trade what I have here for that.”

All Is Good on Pedraza’s Front

Right now, Pedraza has her hands full with taking care of their baby and raising him to the best of her ability. Meanwhile, Fritz is focusing on his career and hopes to become the tennis champion that he has always wanted to be.

At this moment, Raquel Pedraza seems to have the world at her feet and couldn’t be happier!