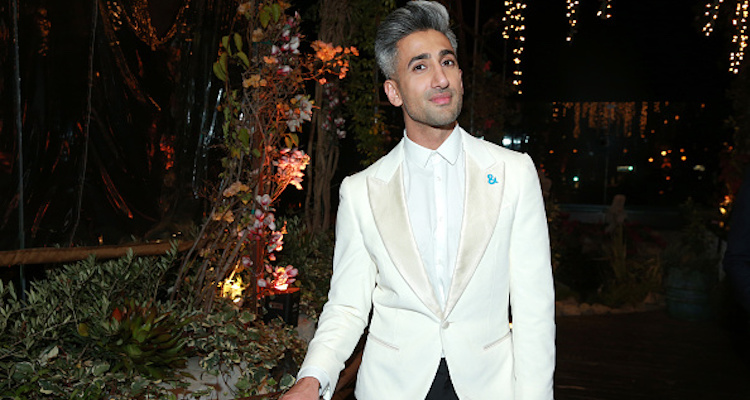 The war of streaming services continues as Netflix releases another reboot of a popular show. But this time it’s a little different. Queer Eye is the reboot of Queer Eye for the Straight Guy. As weird as it may sound, the original Queer Eye’s cast became not only household names, but they helped break down barriers for the LGBTQ community on television. Can the new cast continue in this tradition?

In this Tan France wiki, we’ll take a look at one of these new cast members, fashion expert Tan France. We’ll dig into his personal life, why he is the perfect choice to be the show’s fashion expert, and even his thoughts on the new show. By the time you’re done, you’ll be ready for all eight episodes of the new Queer Eye.

A Basic Bio on Tan France

In terms of his personal life, we don’t know much about Tan France right now. But there are some basics we were able to uncover. Like where Tan France is from.

France is originally from England. If you dig a little deeper, you’ll discover that, in terms of his genetic makeup, he is half-Pakistani. He now makes Salt Lake City as his home base.

Salt Lake City also happens to be one of the sites where the fashion expert got married. France’s husband is a rather good-looking gentleman named Rob France. They first got married in a very small ceremony in London and then had a bigger celebration in Salt Lake City.

Rob France is a professional artist who does a variety of different work. His online store is filled with stylized illustrations of celebrities, animals, and even custom work. His Instagram is filled with sketches and most recently, a few pics trumpeting his husband’s work on Queer Eye.

France didn’t just get the gig on Queer Eye due to his personality and an ability to dress well. Back in England, he worked on a line of women’s clothing called Kingdom and State.

Kingdom and State is a nice, contemporary fashion line for women that not only looks good, but is also priced reasonably.

France has been very upfront with what he feels the differences are between his show and the original Queer Eye. The original hosts came in at a time where they were able to make great strides for gay men on television. There were some limitations that the new cast doesn’t have to deal with. France told Variety magazine:

“They couldn’t talk about their private lives. This time we’ve got the bandwidth to talk about ourselves. You’re ready to learn the ins and outs of real gay life. We’re your peers, not just accessories.”

To that end, the first eight episodes were all shot in the American south. At least one of the people they makeover is a Donald Trump supporter. Considering that France is an immigrant to the United States, half Pakistani, and gay, this leads to a very interesting conversation between the Queer Eye cast and the man.

One of the other main differences on this new version of Queer Eye is that France doesn’t have access to designer name brands when doing his fashion makeover. He has to use what he has on hand. As he explained to ET Online:

“I have access to a place called Dallas, Georgia, where all they’ve got is a Target. That’s the only real place they have to purchase clothing. So that’s where I have to go. There’s a really big difference between the original fashion segments and these fashion segments. Let’s work with what you have and make the best of that.”