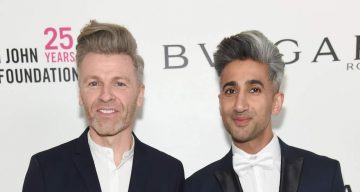 Tan France from Queer Eye is an English fashion designer, and he’s married to Rob France, an artist. Since he is one of the favorites on the show, people want to know more about the fashion expert, including his husband. We have everything you need to know with details from Rob France’s wiki.

Netflix’s Queer Eye has quickly become the world’s favorite show, thanks to five guys who have the power to literally transform people. The second season of the show was released on June 15, 2018.

Season 2 follows Bobby Berk, Antoni Porowski, Jonathan Van Ness, Karamo Brown, and Tan France. They drive around Georgia to help people get over the difficulties in their lives to present the best version of themselves to the world. (In all senses of the word, not just fashion.)

The show’s concept is amazing, and many people are in love with the stars on the show, particularly Tan France. Sadly, the handsome fashion guru is already married, to illustrator Rob France.

He Is from a Small Town in Wyoming

Rob France is a Mormon and hails from a small town in Wyoming but has been living in Salt Lake City for almost a decade. He moved there for the universities and fell in love with the mountains, so the city is now his permanent residence.

In 2015, France spoke about his work in an interview with City Weekly and said, “I’m currently a full-time pediatric nurse, which I absolutely love, and I do artwork on the side.”

He was inclined towards art at very young age. His influences were his brother’s colored drawings and the illustrations on his mother’s McCall’s pattern envelopes (she used to sew a lot).

France was also obsessed with the county library’s collection of an old fantasy series.

Initially, he drew portraits of people, flowers, and animals but felt that his drawings were not that great. However, he accepted his unique drawings in his mid-twenties and became an illustrator.

France is a freelance illustrator, who specializes in figure illustrations and abstract portrait. He is extremely talented and hardworking.

Rob France’s Instagram is filled with his artwork. But there are also some photos of him and Tan.

His bio on Instagram reads, “You can now buy original pieces of work on my website. (Commissions closed, for now.)

The illustrator has over 26.8K followers on the social media platform. Needless to say, his artwork is quite impressive.

France also sells his work on his website, Rob France Illustration. He puts his heart and soul into his craft, which is why he doesn’t have prints of his work.

France is passionate about women’s fashion, as well as horror and sci-fi movies. And he often makes time to get out and travel to different places.

He Is Tan France’s Husband 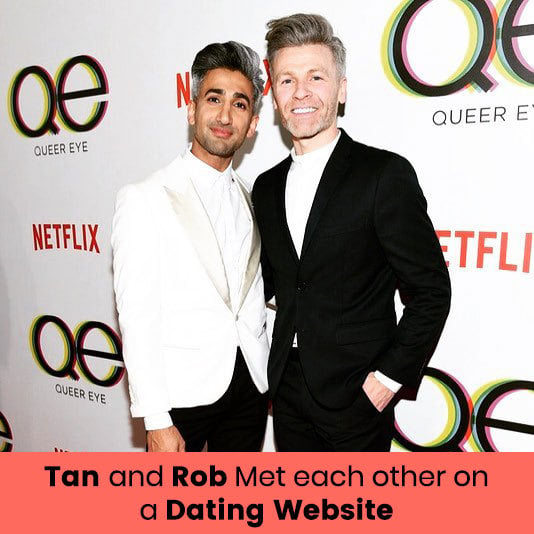 Tan and Rob France met each other on a dating website, and they come from different cultural backgrounds. Tan was born in England to Pakistani parents, and is a Muslim.

According to Tan, being religious is one thing they have in common, and it brought them closer together.

“It made it easier to date somebody who had similarities to me. I don’t drink alcohol, I don’t smoke. We practice some of our religions’ practices. We don’t practice them all. We practice what works for us,” Tan France explained.

The couple got married in 2007 and have been married for over 10 years now.