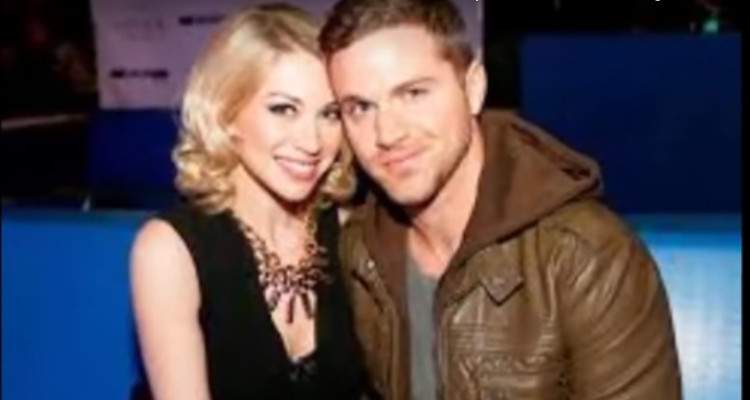 Although they had their share of lover’s tiffs, Stassi Schroeder and Patrick Meagher had a wonderful relationship until August 2017. Meagher is a radio host and had his own shows like Cocktails with Patrick and The Wrap. He was loved by Schroeder and her family, but he chose to leave her. However, Schroeder insists that he is a “wonderful guy” and that they are still in touch. Keep reading to know more about Stassi Schroeder’s boyfriend, right here in our Patrick Meagher wiki!

In case you missed the news, Patrick Meagher and Stassi Schroeder are no longer together. Meagher and Vanderpump Rules star Schroeder had a dramatic split in August 2017 when Meagher dumped her on their fourth anniversary.

They broke up hours before they were to board a flight to Mexico for a planned vacation. So, Schroeder ended up going with her best friend, Rachel O’Brien, instead of Meagher.

Stassi Schroeder told US Weekly, “Well, we’ve had an up and down relationship from the beginning, and it was kind of our pattern obviously, to break up and makeup. But this time was, to me, a shock. Like the real, full breakup.”

She admitted that it took her several months to get over the split but said that she and Meagher are still in touch, and that he is a “wonderful person.” So, who is this “wonderful” guy?

Born on March, 2, 1979, in Michigan, Patrick Meagher’s age is 38. He was raised in Michigan but later moved to New York and Los Angeles to make a career for himself in the entertainment industry.

When Schroeder first learned about Meagher, he was hosting a Sirius XM radio show called Cocktails with Patrick. She listened to his show for almost three years, but it was only after he did a segment on soulmates that she felt the urge to reach out to him.

Don't miss Patrick on the @SklarBrothers Podcast "View From The Cheap Seats" this week. We will keep you updated on when it is up, but really, you should subscribe to it and check out all of their other episodes too!https://t.co/W2loRpjhVl pic.twitter.com/MtzUb6qpYF

Schroeder remembers, “I was listening over the summer and he was talking about soulmates and how his soulmate could be across the country, and I tweeted at him. We met, and it was like magic.”

Later on, Meagher moved to a new show on Sirius XM called The Wrap on Mad Dogs Sports Radio.

AUDIO: @Titans Linebacker @WoodDro52 joined Patrick Meagher on @TheWrapRadio and discussed what Marcus Mariota is like as a teammate, the key to winning the AFC South & more! pic.twitter.com/brFGnHmO7e

The period before Schroeder and Meagher’s break up was very good for both parties, and the couple were very close. In fact, when Schroeder landed her own hosting gig, a podcast on Play called Straight Up with Stassi, Meagher was even more excited than she was. He made it a point to take it to Twitter to publicize his girlfriend’s program.

It wasn’t just Schroeder who liked Meagher, her whole family loved him.

She once said when they were still together, “He’s met my mom, my sister, and my brother – they adore him. My sister hates every single person that I date, so this is a huge deal that she loves him.”

Meagher likes to keep a low profile and usually shies away from publicity. He grew up with a divorced mother and two sisters, so he has generally been a responsible man who is sensitive to women. But his dumping Schroeder really put her through a tough time.

Glam squad legit turned me into a Guess model or some shit. ??? @juliusmichael1 @mspriscillanyc

There is no information on Patrick Meagher’s net worth, but considering that his successful work in media, it must be substantial.

Fans of Stassi Schroeder are hoping that she and Patrick Meagher get back together, but it looks very unlikely that it will happen. Especially after the dramatic way the split went down. But hey, stranger things have happened!