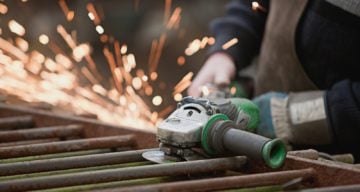 Mike Whiteside was born on July 22, 1954, and hails from Virginia. He is one of four children born to Irene Whiteside and Gene Whiteside.

His mother served in the U.S. Navy during the Korean War as a flight orderly. During that time, she met her future husband, Gene Whiteside.

After they divorced, Irene Whiteside raised all four kids as a single mom. She taught herself to drive, waited tables to earn a living, and actively contributed to the local community as an election poll worker and police station volunteer.

Irene had a single-episode appearance in Salvage Dawgs in 2017. However, she passed away in 2021. She is survived by her children, Lynn Lakin, Mike Whiteside, Jeanni Hill, and Jodi Reneau, along with their respective partners and children.

Mike Whiteside also served in the Navy as a parachute rigger. He spent another 15 years as a yacht captain. In 1996, he settled in Roanoke.

Whiteside had a passion for architecture and design for as long as he can remember. Together with Robert Kulp, they sourced scrap, which Whiteside upcycled into one-of-a-kind furniture through fabrication. That was the start of the duo’s business, Black Dog Salvage.

When they officially started Black Dog Salvage in 1998, Whiteside was the only craftsman they had. Now he also serves as its CEO.

The team at Black Dog travels and salvages pieces from historical sites to remodel them into unique interior pieces. The business’ mission is to preserve a portion of a historical structure before its demolition or deterioration.

Over the years, business not only grew, but it translated into a TV show. Salvage Dawgs with Mike Whiteside and Robert Kulp began airing in 2012 on the DIY Network.

Unfortunately, the network stopped production after 11 seasons due to the pandemic. But Black Dog Salvage continues to operate as usual. Whiteside and Kulp also launched a podcast in February 2022, where they interview special guests and provide behind-the-scenes stories from the Salvage Dawgs series.

Mike Whiteside is married to Susie Farriss. They are parents to two kids.

Farriss is a native of Roanoke. So when Whiteside decided to step back from the navy, they settled in Roanoke and raised their kids there.

Whiteside’s wife is an interior decorator by profession. Not only does she lend her decorating expertise to Black Dog Salvage, but she also runs Whiteside Designs.