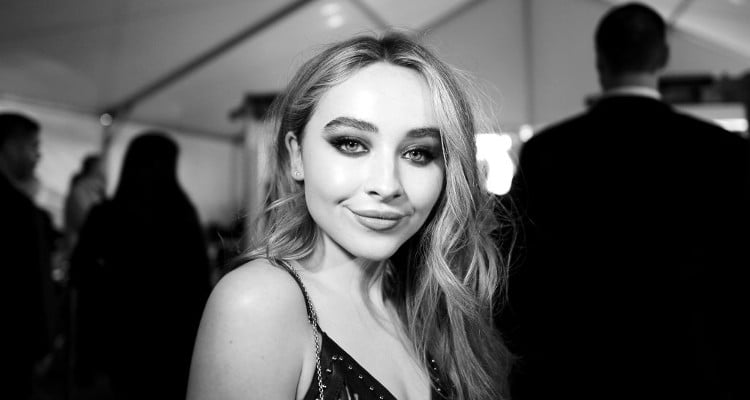 Sabrina Carpenter is here with a new single, “Why.” The music video just dropped and it shows Riverdale’s Casey Cott as Carpenter’s star-crossed lover while she sings about “Why” they are so perfect together. Can they look any cuter? As much as we can dream about Carpenter and Cott dating in real life, the Disney alum’s romantic life is a different matter altogether. Who is Sabrina Carpenter dating now? Take a look at her dating timeline to find out about her boyfriend in 2017.

In 2015, Carpenter was rumored to be dating her fellow Disney alum, Bradley Steven Perry. They were friends and often featured in each other’s Instagram, showing a lot of love in their posts. Their fans would have loved to see them together. Which is why they were over the moon when these two made it Instagram official. Carpenter’s dad even followed Perry on Twitter.

Alas! The bliss was short-lived. Months after declaring their love for each other on Instagram, they called it quits. Their breakup was revealed when Perry tweeted that he was listening to Taylor Swift’s breakup song, “Back to December.” Perry and Carpenter still follow each other on Twitter, signaling an amicable split. But Carpenter’s dad unfollowed him.

The singer has been linked with most of the boys in Girl Meets World including Amir Mitchell-Townes who plays Isaiah Babineaux. This might be just a speculation that comes from the friendship and chemistry these two display off-camera. The two even have friendly spats on social media. In one such spat, Mitchell-Townes was upset his bestie sported his rival football team’s jersey but she took time off her Europe tour to sort things out with him. This is BFF-ery at its best!

The 18-year-old was also linked to her GMW co-star, Corey Fogelmanis. He played the Farkle to Carpenter’s Maya and many would die to see them together in real life. The two also did a stage play together. After spending so much time together, it’s natural to get close. Just how close?

Well, Fogelmanis right out confessed his love for Carpenter on Instagram. “This morning I realized that I love you,” he tells her in a video posted by Carpenter. Cute right? But too bad it was a joke. Even after GMW ended, these two met up and showed some love on Instagram. They reportedly dated secretly and broke not too long ago. And they shot a music video together for her song, “On Purpose” this year. But it can’t be confirmed at this point. Nevertheless, their fans would love to see them date.

Sabrina is reportedly single now and doing pretty fine. Her single, “Why” is a must-watch right now —whether you’re a fan of Sabrina Carpenter or Casey Cott. Better yet, can these two date?