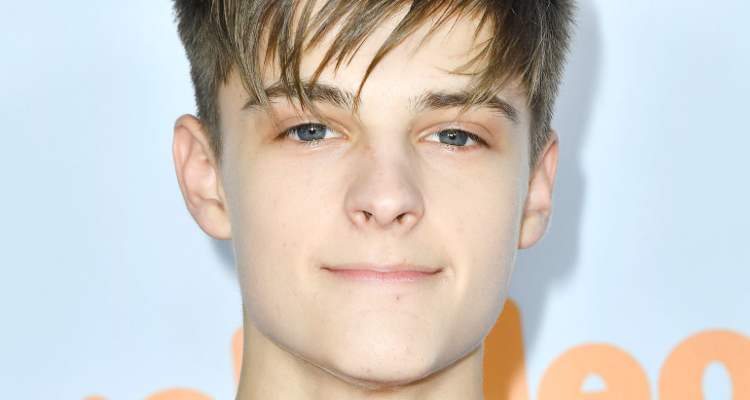 Corey Fogelmanis and Sabrina Carpenter might not be together anymore, but people still cannot stop talking about them! Fogelmanis rose to fame playing Farkle Minkus in the Disney Channel original, Girl Meets World. He loves dogs and is enjoying the life of an actor.

Corey Fogelmanis is an actor who was born on August 13, 1999. He is a native of Thousand Oaks, California and has a younger sister named Baylee. His acting career started when he was just 12 years old and he was already performing on stage at the age of six. He also attended the Broadway Artist Alliance Intensive Workshops in New York City in 2011. Fogelmanis acted in TV shows like The Maiden and the Princess as well as Partners. His biggest success has been the Disney Channel show, Girl Meets World.

Girl Meets World was a sequel to Boy Meets World which aired on ABC from 1993 to 2000. Fogelmanis played Farkle Minkus, a classmate of Maya Hart (Sabrina Carpenter). The show was very popular among its audience and was rated highly by critics. It was while filming that Fogelmanis and Carpenter started dating.

Excited to launch my limited edition t-shirt – only on sale for the next 2 weeks, link in bio! Stay tuned for info regarding Insta live and special giveaways! #polaroidcorey https://represent.com/corey

Corey Fogelmanis’ age is 17, and he is adored by his fans. He loves to dance and do gymnastics and is a dog lover. Corey Fogelmanis’ height is 5’7.” His friendship with Sabrina Carpenter truly goes beyong the show as he visited her while she was on her EVOLution tour and even learned some dance moves. Meanwhile, she visited him on the set of his TV movie #SquadGoals.

Corey Fogelmanis’ Instagram account is full of pictures of him with his friends, co-stars, dogs, and inspirational quotes. Fogelmanis has a Snapchat account is “coreyfogelmanis.” He is a young actor with a lot of potential, and there is no doubt that he has a bright future ahead of him!