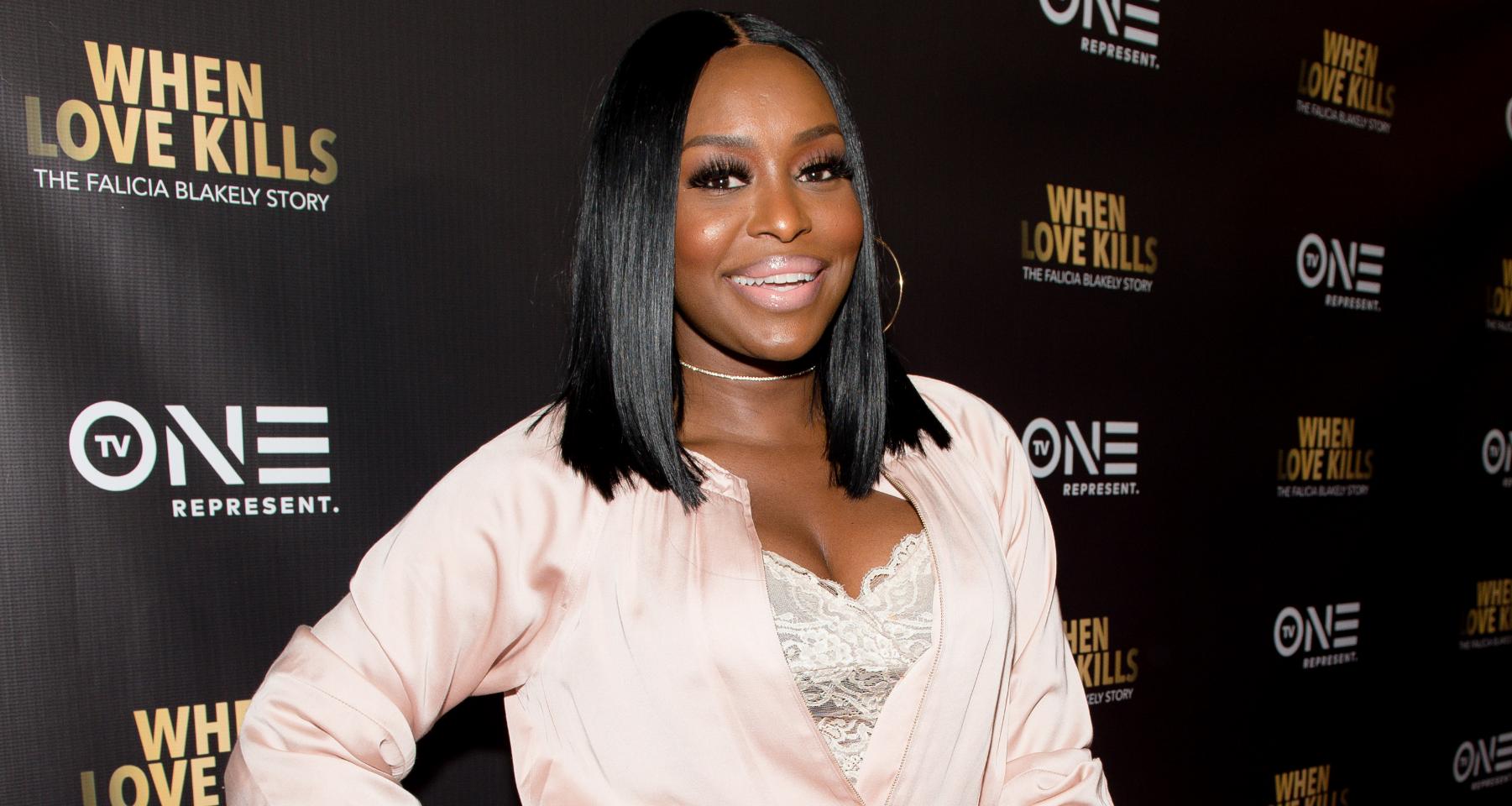 Married to Medicine star Quad Webb-Lunceford is famous her for marital tips and making quick and healthy meals. She is also known as Andy Cohen’s obsession, which is not surprising because the lady has won millions of hearts with her wit and charm. If you want to know more about Quad from Married to Medicine, then we have all the info you need right here.

Born in Memphis, Tennessee on May 13, 1980, Quad Webb-Lunceford’s age is 38. Her parents aspired for her to be a doctor or a lawyer since she was young. 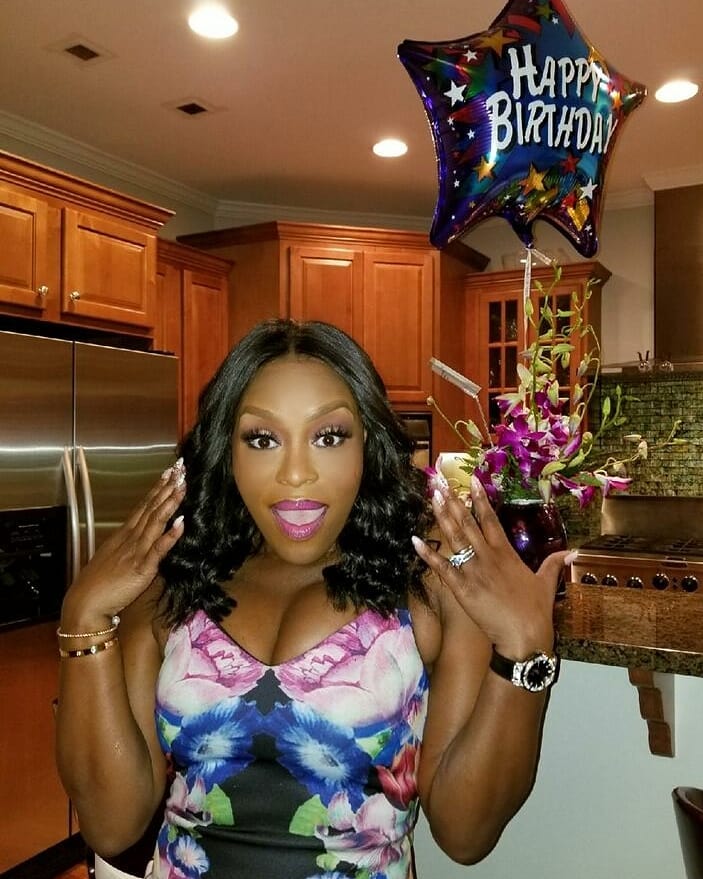 The word “doctor” probably got stuck in her head, and for a very long time, she thought that she was going to be a pediatrician. She graduated with a degree in biology with a minor in chemistry from Tennessee State University.

Quad Webb-Lunceford on Married to Medicine

Before she joined the reality TV world, Webb-Lunceford was working in the medical field for 10 years as a medical sales representative. When she got the offer to join the cast of Married to Medicine, she explained that one of her goals was to be extraordinary and she was very happy with the opportunity.

Webb-Lunceford ended up turning her appearance on the reality TV show into a business opportunity.

She said, “If you’re going to join the cast of a reality TV show, be assertive and have a crystal clear plan as to what you want out of it. Yes, the drama is a part of the formula to get people to watch the show. But try not to get so wrapped up in the drama. Don’t just be okay with being a part of the show. If there is someone around you making money off of you, then your question should be, ‘Why can’t I make money off of me?’”

Married to Medicine is a reality show that follows women who are either married to doctors or are doctors themselves.

Webb-Lunceford is known as Andy Cohen’s obsession. On the show, she is famous for being feisty and calls herself the “Black Barbie.”

Her Luxury Clothing Line for Dogs

In 2012, Webb-Lunceford was shopping for her two dogs, Khloe and Kar’rie, for outfits to wear to her wedding. But she had a difficult time finding good quality clothes for her canines. 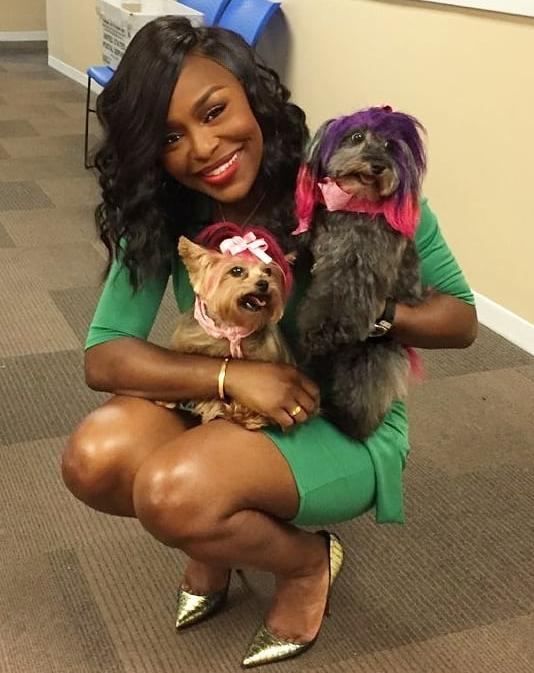 Eventually, she came across two dresses for around $160.00, but she wasn’t really happy with them. So, she did her research and went to larger well-known pet shops and realized that there wasn’t clothing for fur babies belonging to elite clients.

She came up with the idea of starting a luxury clothing and accessory company for dogs called Picture Perfect Pup. The brand was established in 2014 and has everything for pups, including custom pieces, irrespective of size and height.

She Is a Brand Contributor for BCBG

Webb-Lunceford is not only known for her sharp wit but also for her fashion sense. She is so obsessed with fashion that she has often attended New York Fashion Week.

Impressed by her style, she was named brand contributor for fashion house BCBG Max Azria. She worked closely with Lubov Azria and her husband, Max Azria.

As mentioned earlier, Webb-Lunceford has two dogs, Khloe and Kar’rie. She supports the charity, Canine Companions for Independence Foundation.

Additionally, she is also a part of The Kind Campaign, a non-profit organization that brings awareness and healing to the negative lasting effects of girl-to-girl bullying.

She Has a Decent Net Worth

Quad Webb-Lunceford’s net worth is estimated at $1.5 million. Most of her wealth is attributed to her appearances on the reality show as well as her business. In fact, the show is doing so well for her, that she has no plans of quitting it.

Additionally, Webb-Lunceford is planning to release a cookbook for her fans called Romance on the Table. She explained that the book not only has recipes, but it also has dating and self-help tips and discusses romance.

She said, “We’re cooking from the heart, we’re cooking to get to the stomachs of men so this book will definitely be for a lot of my single, young entrepreneurial females, and of course, alternative couples.”

Webb-Lunceford often shows her fans what she is cooking by posting pics of her meals on Instagram.

She also earns a good amount of money by being a co-host on the show, Sister Circle. It’s a talk show where she, along with cohosts Syleena Johnson, Rashan Ali, and Kiana Dancie discuss their opinions and views with audiences.

On her website, Webb-Lunceford shares articles and motivates people to be physically fit and eat healthy. She also gives fashion and lifestyle tips.

She often says, “I did not ‘marry medicine,’ medicine was lucky enough to marry me.”

Her Husband Is Dr. Gregory Lunceford

Quad Webb-Lunceford’s husband is Dr. Gregory Lunceford, a psychiatrist. She met her husband in a grocery store. (Talk about love at first sight!)

The couple got married to each other in 2012 in a lavish and fairy-tale-like ceremony. Quad Webb-Lunceford’s husband is 13 years her senior. 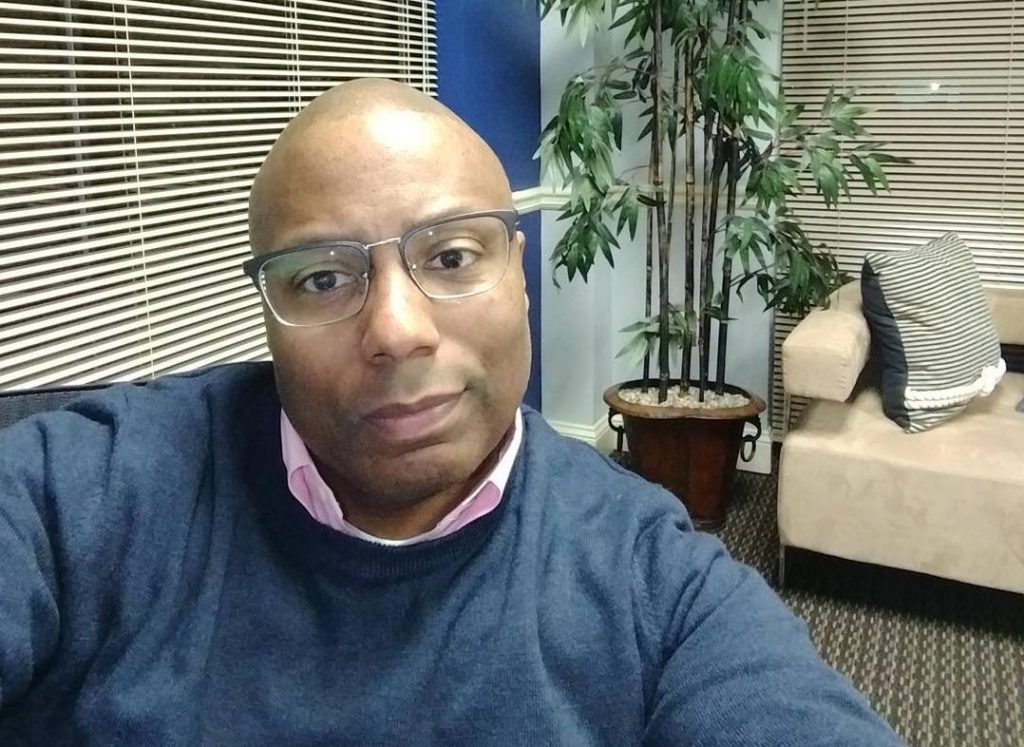 Reportedly, Webb-Lunceford filed for divorce from her husband on May 1, 2018. It was quite evident on the show that the couple was struggling with their marriage for some time. However, the main reason for their split was because Webb-Lunceford didn’t want to have a child at this time, according to reports.

In an interview, Webb-Lunceford explained that she wants to have a kid or two someday and said, “But it would be unfair for me to bring a child into this world in a household where we’re not seeing eye to eye.”

She further added that she doesn’t want to have a baby if their marriage is not a bed of roses. Her husband even refused to go through couple’s counseling.

Webb-Lunceford said, “We’ve done marital counseling and the minute that the counselor wanted to address some things with him, he continued to deflect to me so she became very frustrated.”

“Essentially, we got kicked out of counseling. She couldn’t see him. She got that frustrated. My husband is passive aggressive. It was very challenging for him to take a look in the mirror and see what she was saying,” she added.

The reality star further stated that she was already earning six figures when she met her husband. So, the claims that he has taken care of her financially from day one is not entirely correct.

Webb-Lunceford once dropped a hint to her fans when she said that she would end her marriage with her husband if things didn’t improve.

According to reports, Webb-Lunceford cleared out the house where she lived with her husband on May 14, 2018. She even took the furniture, washer, dryer, light fixtures, two television sets, and other things.

But Dr. Gregory Lunceford claims that some of the things were his before they got married, and he filed documents to get his things back. He also wants Webb-Lunceford to pay for his legal fees.

The court documents claim that Webb-Lunceford has accused her husband of adultery. He was allegedly caught in a hotel room with another female, according to sources.

In the last season of Married to Medicine, Webb-Lunceford revealed that her husband was in a hotel room with two women, which he admitted was the truth. However, he claimed that nothing happened between the three of them.

Webb-Lunceford claims that one of the mystery women, Jackie Presley, tried to extort money from him, but Presley denies this, too. Dr. Gregory Lunceford allegedly told Presley that he likes to spoil women, so she asked him for $1,500 as a gift.

She was introduced to Dr. Gregory by her friend, who thought he was single. They met up a few times, but he never mentioned that he was married.

Presley says that they didn’t have sex but indulged in oral sex and that Dr. Gregory changed his mind and left the hotel room.

The next day, after Presley found out that Dr. Gregory was married, she contacted Webb-Lunceford. Presley says that she never spoke to Dr. Gregory after the incident.

We hope that things don’t get nasty in the courtroom for the Luncefords! But considering that Quad Webb-Lunceford is seeking spousal support and protection from her husband, it’s a strong possibility.