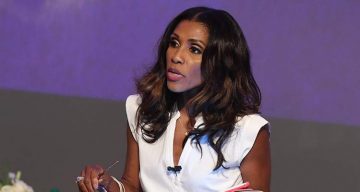 Married to Medicine season 5 is getting intense for fans of Dr. Jacqueline “Jackie” Walters. Not long ago, it surfaced that Dr. Jackie’s husband, Curtis Berry was having an affair. Find out about what Dr. Jackie has to say about her husband’s cheating scandal in our Curtis Berry wiki.

He Couldn’t Deny the Affair

Curtis Berry was caught red-handed cheating on Dr. Jackie some months ago. He was first spotted with a woman, who was not the celebrity doctor, at the South Carolina resort town of Hilton Head Island. The woman was revealed to be Natasha Pearson. They reportedly met at a party and hit it off.

As Berry tried to cover up the alleged affair, more photos of him with Pearson proved that he was two-timing his wife. He could no longer deny the affair when Pearson herself spoke to the media about it.

“He picked me up on that morning that we went to Hilton Head,” said Pearson to Radar Online. “He made the reservation. We traveled down there together. We stayed in the hotel room for three days and two nights.”

In season 5 of Married to Medicine, Dr. Jackie is shocked to learn of her husband’s affair when his mistress shared her side of the story to the media. Pearson described to Radar Online that she met the reality star’s husband at a mutual friend’s house.

“We had a few drinks and we began our dating right then,” said Pearson, adding, “We had sex that night. We were at the friend’s house, and he obviously goes there a lot. It was very comfortable. Curtis was someone I felt like I could talk to.”

Pearson said that what they had was an “intense sexual relationship.” They would rendezvous at hotel rooms that he requested be booked in her name. She also claimed he wanted her to lie about their relationship and cover up for him, saying he had different stories for his wife and for the media, and wanted her to go along with them.

“He wanted me to say that we met at a bar in Hilton Head, not that we met at Atlanta. He’s making up a story in so many details. I told Curtis ‘I cannot go along with it. I can’t keep up with your lies for you. I’m not obligated to lie for you!’”

He Kept His Marriage a Secret from Pearson

In addition to revealing details about their affair, Pearson also disclosed that Berry never told her he was married, much less that his wife stars in a Bravo reality show. She only found out about his marriage to Dr. Jackie after photographic evidence of their affair hit the Internet.

“When I found out that he was married is when he called me and told me about the pictures,” she said referring to the pictures in Hilton Head. “He was in a panic and told me ‘I’m married, that’s my wife on TV This is an f’ed up situation.’ I honestly had no idea Curtis was married. I didn’t even know that he was on TV.”

Before the pictures surfaced, Pearson didn’t know she was the “other woman” and caused the breakdown of a marriage. Despite lying to her as well, Pearson claims Berry didn’t want to end their relationship.

“When he called to me to apologize after the pictures came out, he asked me, ‘would it have changed anything?’ if I knew he was married and I said ‘absolutely!’ He tried to tell me he didn’t think it would have changed anything, that we still would have been seeing each other. But I told him ‘absolutely not!’” Pearson ended their relationship and apologized to Walters.

Dr. Jackie Opened Up about the Scandal

The latest episode of Married to Medicine is finally revealing Dr. Jackie’s thoughts on her husband’s affair. The OBGYN was aware of her two-timing husband’s deeds but was caught off-guard when the photos surfaced and Pearson went to the media.

The “humiliated” doctor said, “This is absolutely painful when you read this kind of information about your husband.” Her castmates and fans have expressed their support for after she found out about Berry’s affair.

Though their marriage is on pins and needles, Walters and Berry are trying to work on fixing their fractured relationship. “As doctors, we’re trained to fix almost any situation. But there’s no amount of medicine that can fix these marriages,” says Walters.

Married to Medicine airs Fridays at 8:00 p.m. EST on Bravo.