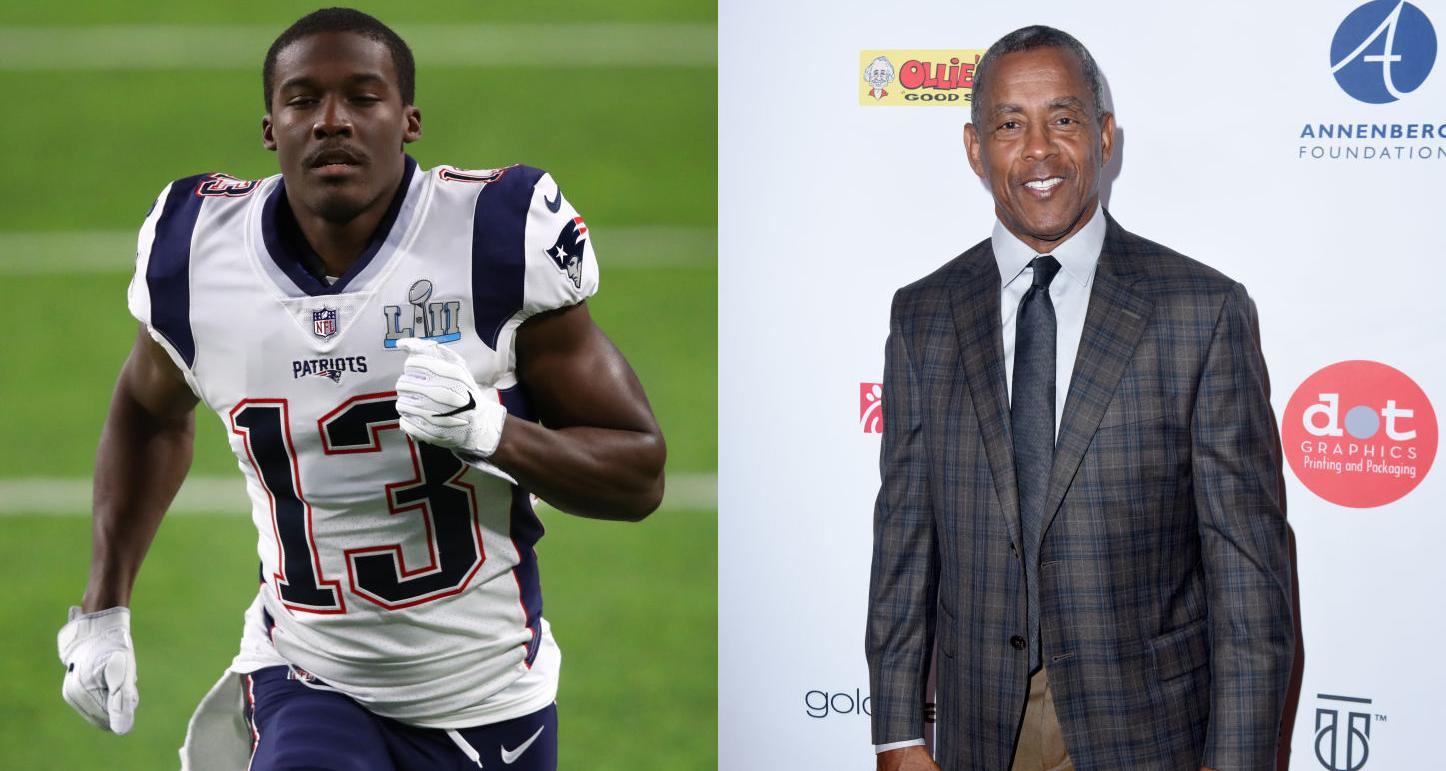 New England Patriots wide receiver Phillip Dorsett has been catching everyone’s attention ever since he replaced Julian Edelman, who was suspended in June 2018 for violating the NFL’s policy on performance-enhancing substances. Although Dorsett didn’t score in the game against the Denver Lions (which the Patriots lost on Sunday, September 23), he’s a favorite pick in the 2018 Fantasy Football Draft and even has Tom Brady’s praise. Some can’t help but wonder if he inherits his football skills from football great Tony Dorsett, the legendary running back who won the Super Bowl XII with the Dallas Cowboys. So, is Phillip Dorsett related to Tony Dorsett? The wide receiver himself has set the record straight!

Florida-born Phillip Dorsett attended the University of Miami and was selected by the Indianapolis Colts in the 2015 NFL Draft. He was often questioned about his connection to Tony Dorsett during that time.

In one of his early interviews with Sports Illustrated in 2015, reporter Chris Burke asked the 25-year-old how often he gets asked if he’s related to Tony Dorsett.

Tony Dorsett hails from Pennsylvania and was drafted by the Dallas Cowboys in 1977. He got his first Super Bowl ring right off the bat that same year. And after an 11-year career with the Cowboys, he played another year for the Denver Broncos before he retired.

The former NFLer is a father to four children; Anthony, Jazmyn, Madison, and Mia Dorsett.

His oldest child, Anthony Dorsett Jr., played in the NFL as a safety after being selected by the Houston Oilers in the 1996 NFL Draft. He then went on to play for the Oakland Raiders, Toronto Argonauts, and Omaha Nighthawks.

So, to finally put this query to rest, we can confirm that Phillip Dorsett and Tony Dorsett are not at all related, folks!