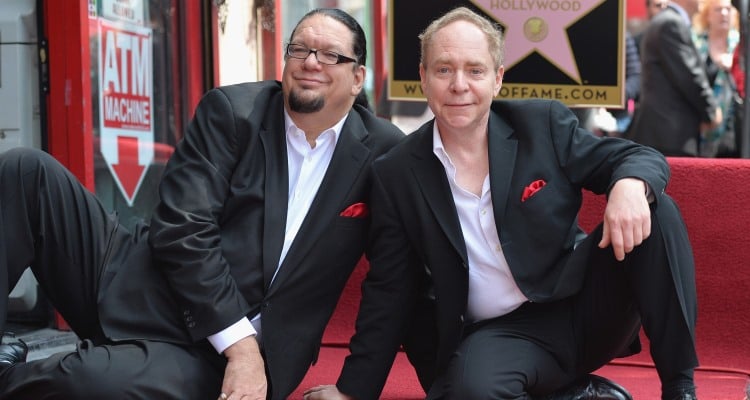 Are Penn and Teller gay? That’s a question that people often wonder when they’re unfamiliar with the magic duo. With their hit show Penn and Teller: Fool Us giving us jokes and tricks for the summer, the pair are spending even more time together and the rumor mill continues to churn.

The more famous you get, the more rumors that start to spin and people often let their imaginations run wild! If you want to know the truth about the Penn and Teller magician relationship, then don’t go anywhere!

Are Penn and Teller a Gay Couple?

How old are Penn and Teller? Penn Fraser Jillette is 62 and Raymond Joseph Teller is 69, and they’ve been business partners for over 40 years. But are they a couple? As much as people might think there’s some real-life magic going on with these two, the truth is: they’re just friends who work together! They have been at the center of gay rumors for years, but their true fans already know who they really are. Some may not know this, but they don’t even hang out after their magic acts!

No, the quieter and shorter half of Penn and Teller isn’t married, nor does he have any children. But that doesn’t mean he’s in love with another man—he’s just you’re average bachelor who can do magic and knows Latin!

Penn on the other hand, has his hands full with his own family. He has two kids with his wife Emily: Son Zolten (Z) Penn, 11, and daughter Moxie CrimeFighter, 12.

“I thought Mox was the happiest child on earth until I met Z. Z is very easy going,” Penn said to People in 2007, when his kids were little. “Mox is a little more of a weasel, maybe and Z is more straight-forward. It’s great to have people that you’ve decided to love without thinking about it. Z is walking like a freak and he has about 12 words, which is more than Moxie had at that age. Mox can now say anything. We can talk to her and it’s great. Z is very focused. Very. He’s watching everything.”

Penn and Teller: Fool Us

Not only do the dynamic duo have their Las Vegas show this weekend, but they’re also in the fourth season of their CW show, Penn & Teller: Fool Us. Penn explained the idea for the show in an interview with Uproxx.

“They’ll do their tricks for us, and Teller — who’s really the brains of the operation — will say, “Oh, that’s really nice. That’s great. I love that.” Or he’ll say, “I have no idea how you did that.” In these moments, there is this wonderful shared feeling — when everybody in the room knows they don’t know precisely what’s happening. Or even when most people do know, it doesn’t matter because the awe of seeing it performed makes us all so happy. It’s like when somebody asks you, “Have you heard this song before?” If you haven’t, maybe they’ll play it for you, and if you have, maybe their version of it is different enough that it gives you something new. After a few years of this, we thought, “You know? We should let other people enjoy this. This is a really nice thing to see.”

The show, now in it’s fourth season, is obviously a hit with fans and their Las Vegas show this weekend should be the same. It wouldn’t be magic if they left their audience in awe!