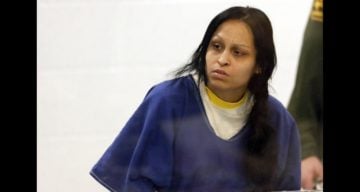 Pearl Sinthia Fernandez, made an appearance in Lancaster Superior Court, where her arraignment was postponed. Tuesday, May 28, 2013. (Photo by Irfan Khan/Los Angeles Times via Getty Images)

The Trials of Gabriel Fernandez is the most recent true-crime docuseries on Netflix to become a compelling topic of discussion for viewers. Gabriel Fernandez was only eight when he tragically died in 2013, after being brutally abused by his mother, Pearl Fernandez, and her boyfriend, Isauro Aguirre. They were convicted of his murder and are serving their sentences in prison. Since the docuseries aired, Internet users have been asking what happened to Pearl Fernandez, and some are hoping she’s getting the same treatment she gave to Gabriel. A few social media users claim to have insider knowledge that Pearl Fernandez was beaten up in prison. Some even claim that she was stabbed to death. While those claims can’t be verified for credibility, we do know that Pearl is still alive and in prison. But it is likely that she did get beaten up in prison, according to a possible witness.

Where Is Pearl Fernandez Now?

Pearl Fernandez and Isauro Aguirre were convicted of first-degree murder with the special circumstance of intentional murder by torture in June 2018. While Aguirre was given the death sentence for directly causing Gabriel’s death, Pearl was sentenced to life without parole for her role in not preventing the fatal assault on Gabriel.

While Aguirre sits on death row in San Quentin, Fernandez spends her days at Chowchilla State Women’s Prison, a Central California women’s facility. She has been there since June 2018.

Was Pearl Fernandez Assaulted in Prison?

While Pearl Fernandez is alive, life in the largest female correctional facility in the U.S. has to be difficult. According to several stories heard in the media, prison inmates don’t take kindly to child abusers.

“I hope you think about the pain you caused this child and that it tortures you,” was what the judge said when Fernandez’s sentence was announced. And if the claims online are to be believed, Pearl is experiencing the same treatment she meted out to the innocent Gabriel.

In February 2020, shortly after the premiere of the Trials of Gabriel Fernandez, a post by a woman named Isabel Garcia began doing the rounds on social media. Garcia reportedly did time for an unspecified crime and was housed in the same facility as Pearl Fernandez.

In her post, Garcia claims to be a witness to other prison inmates assaulting Pearl after they found out she abused her child to death. Screengrabs of her conversations with commenters have gone viral in discussion threads about Gabriel Fernandez.

Garcia claims that when Pearl arrived in the prison, she hid the charges she was convicted on. When the inmates found out she wasn’t there for a DUI but because she had abused her son to death, they beat her up. The exact details of the assault on Pearl are unclear.

Other Twitter users, including some whose mothers are allegedly employed at the same prison, also say that Pearl was beaten up by other inmates. Again, it’s difficult to verify these claims.

Don’t Miss: Netflix’s “Exhibit A”, George Powell Case, Everything You Need To Know

Garcia’s posts have gone viral, but many are questioning if the claims are real. They wanted more details from Garcia to confirm.

Enter YouTuber Savag3 Studi0s, who posted an appeal to Isabel Garcia to contact him for an interview. Garcia did get in touch with him, and revealed details about Pearl Fernandez’s prison time in an interview.

According to her, Pearl had resorted to stealing food in prison because she was hungry. She was allegedly beaten up by another inmate, Angel Annie Medina, according to Garcia.

It should be noted that Garcia’s prison records can’t be found. Also, Medina’s prison records show that she is currently in the California Institution for Women in Corona, almost 300 miles away from the Chowchilla facility where Pearl is. 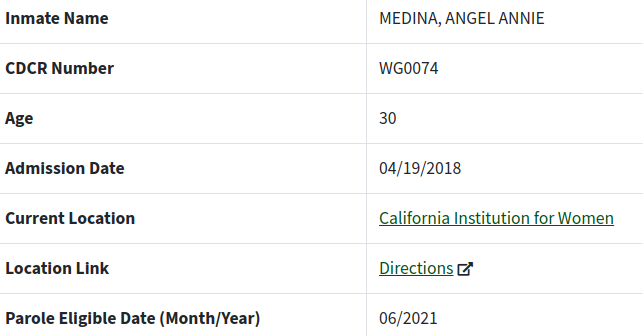 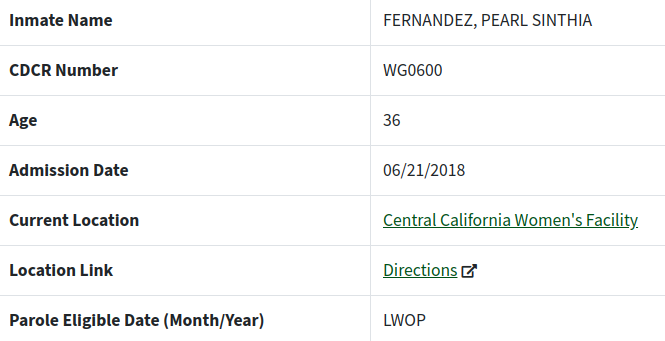 If their paths crossed, Medina assaulted Fernandez, or Garcia was a witness to Fernandez’s beating can’t be confirmed without official sources. Whether this really happened can’t be said. But Internet users are expressing their satisfaction with Pearl’s alleged suffering and see it as retribution for Gabriel.