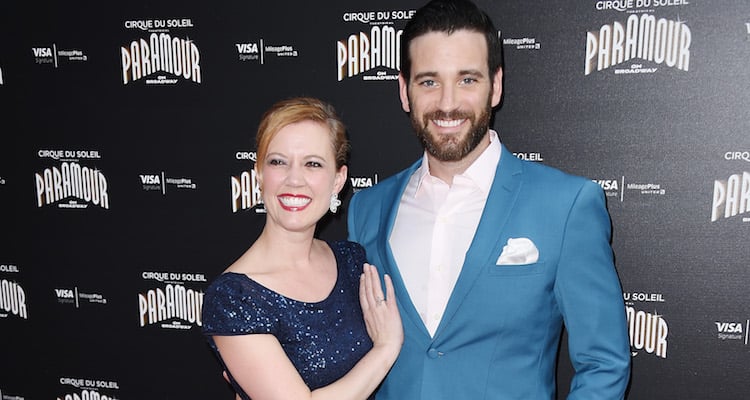 Who is Colin Donnell’s wife? After her husband’s show, Chicago Med, premiered earlier this week, many have been asking about his real-life love interest. To learn more about her, have a look at our Patti Murin wiki.

Who is Patti Murin?

Patti Murin’s age is 37 and she’s a Broadway and TV actress. She was born on September 28, 1980, in Hopewell Junction, New York, and received her BFA from Syracuse University in Musical Theatre. Patti Murin’s Frozen performance, where she played Princess Anna, is also one of her most recent and memorable credits. She’s also best known for playing Nina Shore (Will’s now-ex-girlfriend) on Chicago Med, alongside Donnell, 35, who is also a Broadway star and Arrow alum.

Colin Donnell and Patti Murin dated for two years before they tied the knot on June 19, 2015, in New York City.

“Last night on #TheBachelorette, Colin D. took home the final rose in the most dramatic rose ceremony ever,” Murin wrote on Twitter. “Thank you @AndrewRannells for being my Chris Harrison. I love you to pieces. But seriously you guys, @AndrewRannells and I literally held a rose ceremony. Like, we went there.”

In case you couldn’t tell, Murin is a huge Bachelor and Bachelorette fan.

If you’re looking for Patti Murin’s pics, then head over to her official Instagram account. She mainly posts about the dogs she and Donnell own, their lives together, nights out, or whatever is on her mind at the time.

The @sourpatchkids float looked so good I tried to see if I could just go ahead and eat the entire thing! Had a blast being at the #macysthanksgivingdayparade this morning with @pattimurin!

Murin is big on love, especially when it comes to her dogs. So, when a mother posted a different opinion to Murin’s blog, she responded with a post about that talked about the subject, and what she loves most.

“I have a lot of love to give,” wrote Murin. “I am a loving person. I love people, I love dogs, I love spiders that aren’t too big or hairy, I love every baby animal that has ever existed, I love getting mail, I love those adorable POP Funko things, I love wearing ball gowns, I love feeling pretty, I love wine, I love very hot showers. Bottom line, I LOVE. So when someone takes time out of their day to publish an entire diatribe about why my love is wrong and theirs is right, I get mad. I do not love that. I actually take great offense to it.”

She continued, “Love is the most important survival tool we have right now. It is free. It is everywhere, if you are willing to look. You can literally create it yourself. As long as you don’t love war or hurting things or pollution or Justin Bieber, you basically can’t go wrong with love. So perhaps instead of telling me that I am wrong because I love my adorable, loyal, innocent fur babies too much, you should look at dog owners such as myself, smile, shake your head, and think, ‘Look at all of that love she has to give.'”

Most recently, Murin and Donnell were seen at the Macy’s Thanksgiving Parade today and took to social media to share their experience with their fans and friends.

Heading to the @pawschicago Fur Ball with the most handsome @colindonnell! Petey and Milo were invited, but they decided to stay home on this rainy night.