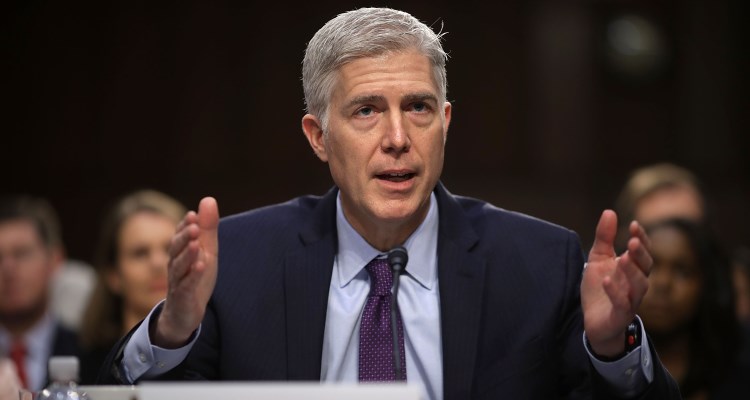 On Tuesday, Supreme Court nominee Judge Neil Gorsuch had to answer and discuss some challenging and controversial questions from Senate Judiciary Committee Democrats. Gorsuch spoke about various hot topics, including President Donald Trump’s pledge to enact a ban on entry to the U.S. for several Muslim-majority countries, as well as his views on gender equality within the workplace, maternity leave, waterboarding torture, and more. The nominee is Trump’s conservative choice to fill a Supreme Court position that had been empty for over a year. To learn more about the nominee, and Neil Gorsuch’s family, here is our Neil Gorsuch wiki.

Neil Gorsuch originally received his nomination to fill the seat on the Supreme Court on January 31, 2017. The seat had been vacant after the unexpected death of Justice Antonin Scalia, last year. While Gorsuch’s fans and critics have been doing their best to plea their cases of approval and disapproval, he has been preparing for this intense day of grilling. On March 21, he had the opportunity to answer and testify for himself, while being questioned by the Senate Judiciary Committee during his confirmation hearing. Earlier on, the American Bar Association (ABA) deemed him “well-qualified” to serve on the Supreme Court, which is the highest rating for a judicial nominee by the ABA. This has set him up with optimism, even for some critics.

Although Neil Gorsuch’s net worth for 2017 is not fully known, the International Business Times reported that his 2015 financial disclosure report revealed earnings of $26,000 for his teaching role at the University of Colorado Law School, and $5,300 in book royalties. Neil Gorsuch’s books include The Future of Assisted Suicide and Euthanasia, and he co-wrote The Law of Judicial Precedent. The report also showed that his investments could add up to $7.2 million. His financial holdings with the United States Automobile Association (and municipal bonds) could also increase his net worth. According to the site, it could be estimated that Gorsuch could be making a $259,000 salary on Trump’s Supreme Court.

During the live hearing, Senator Lindsey Graham expressed his approval of Gorsuch, saying he was originally worried about who Trump would choose. Graham remarked he thought Trump would have chosen someone from television. The Senator congratulated the president via the broadcast for making such a wise selection. 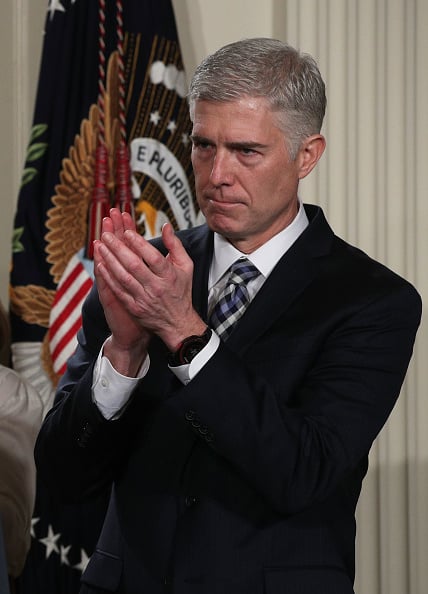 Gorsuch strongly and confidently brought forward his abilities and qualifications when faced with aggressive questions saying, “I have participated in 2,700 opinions over 10 and a half years. And, if you want cases where I’ve ruled for the little guy as well as the big guy, there are plenty of them.” It seems the court is seeking clarity from Gorsuch to find out if he is simply a follower and fan of Trump’s ideas, or if he is a freethinking individual without an agenda. Based on Gorsuch’s responses, he appears to want to uphold the law first and foremost. When asked if he would be troubled if he had to decide against the President in a matter of law, he responded, “I have no difficulty ruling against or for any party other than based on what the law and the facts in the particular case require.” An unbiased platform is what Gorsuch aspires and commits to stand on, as he said, “There’s no such thing as a Republican judge or a Democratic judge. We just have judges.”

Neil Gorsuch’s wife, Marie Louise is British and the couple met at Oxford. Louise and Neil Gorsuch’s children are daughters, Emma and Belinda, and the family lives together in Boulder, Colorado. His age is 49; he was born August 29 1967 in Denver, Colorado, and first assumed office in 2006. 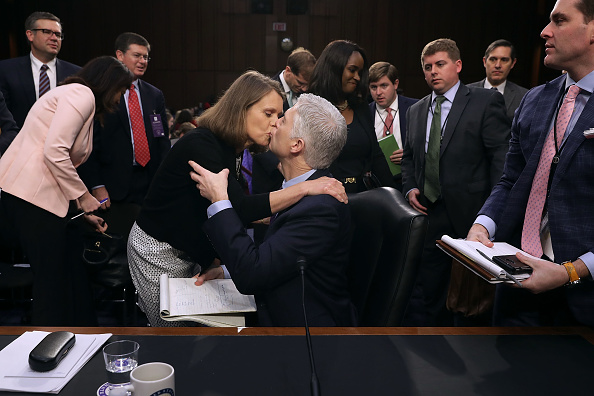 The hearing continues on major U.S. news networks, so tune in to stay informed on Gorsuch’s responses to some hot topics on the minds of the Supreme Court and American citizens. The Wall Street Journal is airing the live hearing, and is providing a highlight of major topics he responded to. It looks like Gorsuch has a lot of work ahead of him, but he seem clearheaded, respectful, and capable to handle the responsibility.