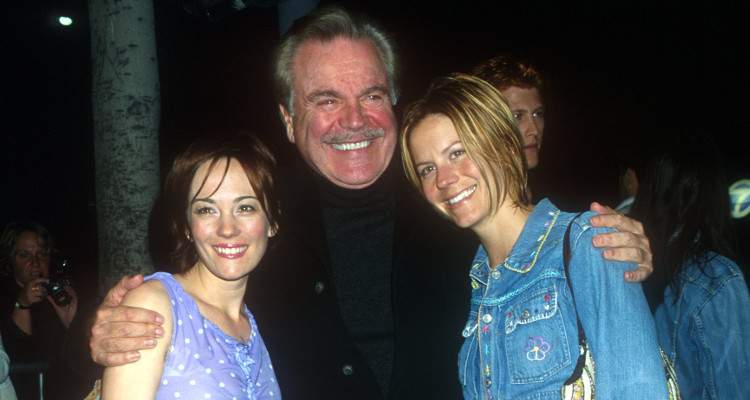 Almost four decades after iconic actress, Natalie Wood tragically passed away, her case has been reopened. She is survived by her two daughters, Natasha and Courtney. Natalie Wood’s children had a tough time coming to terms with her death.

Decades after Natalie Wood’s tragic drowning, investigators have reopened her case. Her on-again-off-again husband, Robert Wagner is named a person of interest in her death. Natalie Wood is survived by her daughters, Natasha and Courtney Wagner, from her two marriages. Wood’s daughters have kept her memory alive beyond the boating accident. Find out about Natalie Wood’s children here.

How Many Children Did Natalie Wood Have?

West Side Story star, Natalie Wood had a highly publicized relationship with Robert Wagner, who was eight years her senior. She talked about harboring a crush on the actor as a child.

She met him when she was 18 and he was 26 on a studio-arranged date. They hit off and married the following year in December 1957. Wood’s mother was famously against their marriage.

They, however, separated in 1961 followed by a divorce in 1962. Wood went on to marry producer, Richard Gregson in 1969. She gave birth to their daughter, Natasha in 1970. She divorced him in 1972 and resumed her relationship with Wagner.

They remarried the same year, three months after her divorce from Gregson was finalized. Their first child together, Courtney was born in 1974.

Wagner also had a daughter, Katie with Marion Marshall from their marriage before he reconciled with Wood.

Natalie Wood with daughter Natasha Gregson Wagner, who looks so similar Natalie as a child in Miracle on 34th St. pic.twitter.com/fne8ZC86zV

Natasha Gregson was 10 months old when her parents, Wood and Gregson separated. She grew up with her half-sister, Courtney and stepsister, Katie. After Wood’s passed away, Robert Wagner raised her and his two daughters together.

At that time, Natasha was 11 and Courtney was seven. They were at a sleepover at a friend’s house while Wood and Wagner were on a boating trip. They reportedly went to sleep with a clock radio on and the news of her mother’s death was broadcast as they slept.

“I woke up and I was like: ‘Is this real? Is this really what’s happening?’” Natasha recalled, “They said, ‘Natalie Wood drowned off the coast of Catalina.’”

She was exceptionally close to her stepfather. She described the day he told her about her mother’s death saying, “My whole world just went to black and white and I couldn’t hear anything.” She said she was lucky to have both her fathers help her through her grief.

Natasha Is an Actress

Natasha dropped out of USC in 1992 to pursue acting. Her first film role was in 1992’s Father & Sons. She starred alongside her stepfather in Hart to Hart. She acted in several movies and appeared on TV shows.

The 47-year-old has a daughter, Clover Watson with Samantha Who? star, Barry Watson. The couple married sometime in 2015.

Natasha has since released a fragrance line, Natalie to honor her mother’s memory.

Courtney Had Trouble with the Law

43-year-old Courtney Brooke Wagner was the troubled star child of Natalie Wood and Robert Wagner. In 2012, police reached her Malibu home after reports of a gunshot being heard.

No one was injured, but cocaine and heroin were found in Courtney’s possession. She was arrested for drug possession and released after posting a $10,000 bail.

Courtney is a jewelry designer and co-founder of Wagner & Ko with her childhood friend, Anita Ko. They parted ways before her arrest and Courtney intends to launch her own line of jewelry, taking inspiration from her mother.

After her arrest, Courtney opened up about not being able to overcome the grief over her mother’s death. She spoke about not wanting her mother’s name to be associated with a “so-called ‘junkie daughter.’”

“I was so upset that I had defamed her name,” she confessed, “and I had to look at how I could make this better for my mom and find healthier ways to deal with everything that has happened to me.”

Robert Wagner has been named a person of interest in Natalie Wood’s death, now revisited. Natasha and Courtney haven’t commented on the revelation yet.