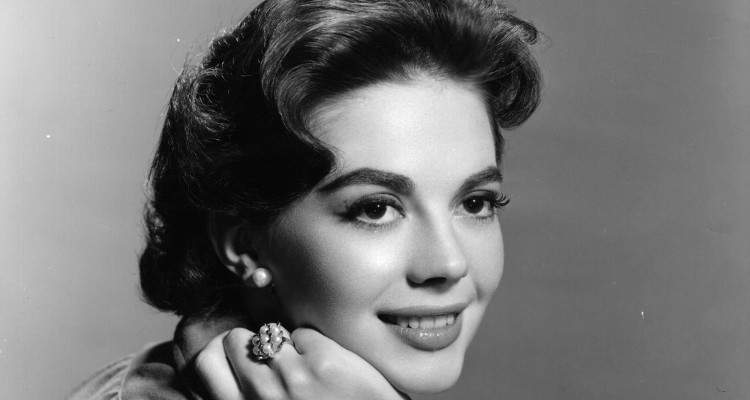 Natalie Wood’s mysterious and untimely death was a big loss to Hollywood as she was one of it’s leading stars. She started out in the 1950’s and worked in many films, some of which are considered classics even today. Natalie Wood’s net worth was approximately $2.5 million at the time of her death. Her property was divided between her family and her relatives after her death was ruled as an accident.

American actress Natalie Wood died on November 29, 1981, but the controversy surrounding her mysterious death has not died down yet! The authorities are again investigating Wood’s unexplained death. It was ruled as an accident when it happened more than three decades ago.

Los Angeles detectives have spoken to CBS News for a 48 Hours segment titled Natalie Wood: Death in Dark Water. It will air on Saturday, February 3, 2018.

Now the spotlight is again on Natalie Wood and Robert Wagner. And the police have confirmed that her then-husband, Wagner, is now “a person of interest” in the case.

People who adored the actress are curious to know more about her financial status. So, how rich was Natalie Wood?

According to sources, Natalie Wood’s net worth at the time of her death was approximately $2.5 million. Wood’s property, including her yacht and family homes, was stated to be “in excess of $10,000” in documents.

However, the value of Natalie Wood’s estate, which was estimated to be in the millions, was not disclosed. Later evaluations pegged her net worth to be around $2.5 million.

Natalie Wood’s Net Worth Compared to Other Actresses

Property Divided as per Wood’s Will

Natalie Wood’s property was divided and given away to her husband, her children, and other relatives. Art, automobiles, furniture, and jewelry were left to Robert Wagner, while her clothes and fur garments were given to her sister, Lana Wood.

Wood’s other sister, Olga Viripaeff, received $15,000 and mother, Maria Gurdin, received $7,500 to $12,000 annually. She also left money for her three daughters and one stepdaughter.

Standing the Test of Time

Wood was one of the biggest stars of her time in Hollywood. She acted in many movies that continue to be seen, even today.

Some of Natalie Wood’s movies that have stood the test of time are Miracle on 34th Street, Rebel Without a Cause, The Searchers, Splendor in the Grass, West Side Story, This Property Is Condemned, The Candidate, and The Last Married Couple in America.

Wood’s other movies that endeared her to millions of her fans are The Green Promise, Never a Dull Moment, The Jackpot, The Silver Chalice, The Burning Hills, A Cry in the Night, Sex and the Single Girl, and Meteor.

The actress lived with her parents at her house in Laurel Canyon Boulevard in San Fernando Valley, California, when she started out in films as a teenager.

Natalie Wood’s house was a modern stucco-and-stone home at the top of a steep driveway with three bedrooms. It had a swimming pool with a mermaid on a tile at the bottom. Wood and her movie star friends would dive to the bottom of the pool and touch the mermaid tile.

Lost in Her Own World

Natalie Wood had her own room in the house, which contained a large double bed with a dressing room, private bath, a TV, telephone, record player, and a sofa. Happily comfortable in her room, Wood used to read scripts, do schoolwork, preview new clothes, and play music.

Wood was one of the biggest stars from the golden era of Hollywood when fans used to hunger for news about her and her life. Even today, her movies continue to draw viewers and make them nostalgic about years gone by.

That house in Laurel Canyon still stands, just like it did in the 1950s. The mermaid at the bottom of the pool is still there, but Natalie Wood is gone.