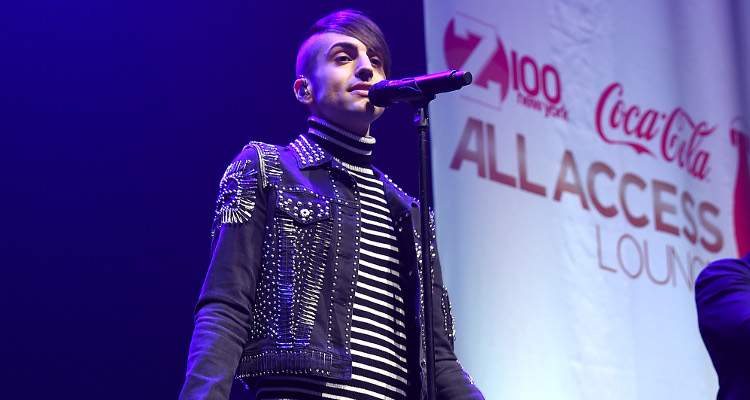 A Very Pentatonix Christmas aired on November 27 on NBC, and showcased the three-time Grammy-winning group performing some of their most amazing tunes. With their continued success, it comes as no surprise that Mitch Grassi’s net worth is estimated at $8.0 million. But more than how much money he’s worth, many are still wondering about his sexual orientation. Is Mitch Grassi gay? Is Mitch Grassi transgender? If you want to know more about him, keep reading our Mitch Grassi wiki for all the answers.

Born on July 24, 1992, in Arlington, Texas to Nel and Mike Grassi, Mitch Grassi’s age is 25. He went to Martin High School, and had a passion for singing at a very young age. Though he did not attend college, Grassi revealed that he would have gone to the University of Southern California.

When Grassi was 10 years old, he met Scott Hoying while performing in their school’s production of Charlie and the Chocolate Factory. They met their future bandmate, Kirstin Maldonado, around the same time, and the three went to the same high school together. About when they first met, Grassi estimated, “We weren’t immediately best friends, but there was definitely, like, a match to us.”

Hoying said that when he first met Grassi, “I remember being in Charlie and the Chocolate Factory with Mitch. And he was like, performing the monologue really, really full-out, and like running across the stage with his arm reached out— I specifically remember the image in my head—and I remember thinking, ‘Wow. He’s really good.’”

Thanks @nintendo for having me in your show room! And thank you for all the #gifts, I can’t wait to play my new 3DS instead of answering work emails ?

When the trio were in high school, they started a vocal group called, The Trio. When Grassi and Maldonado were ready to graduate from high school and Hoying was finishing up his first year at the University of Southern Carolina, they auditioned for Sing-Off, and went on to compete and win the $200,000 prize. By then, they already changed their name to Pentatonix, and signed a contract with Sony Music’s Epic Records.

The group started with a cappella cover songs. They were later dropped from their label and started their own YouTube channel that currently has over an estimated 14.0 million subscribers. In 2014, Pentatonix’s debut album, PTX, Vols. 1 & 2 was released, and it featured covers of hit songs like Nicki Minaj’s “Starships” and Imagine Dragons’ “Radioactive,” as well as some originals.

Later that year, their second album, PTX was released and, right in time for the holidays, they released their third album, That’s Christmas to Me. The album became a major hit, and became the fourth best selling album that year. In 2015, the group released Pentatonix, and their fifth album, A Pentatonix Christmas was released last year.

The group won several awards, including the Grammys for Best Arrangement, Instrumental or A Cappella, and Best Country Duo/Group Performance.

A lot of his fans are curious to know if Mitch Grassi is gay, or transgender. He is openly gay, and reportedly uses both he/him and her/she pronouns.

Since that revelation, some fans wondered if Grassi and Hoying were dating. The two addressed that rumor head-on, and uploaded a video maintaining that they are, and always have been, just friends.

my face when someone tells me my fly is down

Besides being a singer and pianist, Grassi also has a YouTube channel with his friend and bandmate called estimated, which has over 2.5 million subscribers. On the channel, hey upload a variety of cover songs, challenges, and answer fans’ questions.