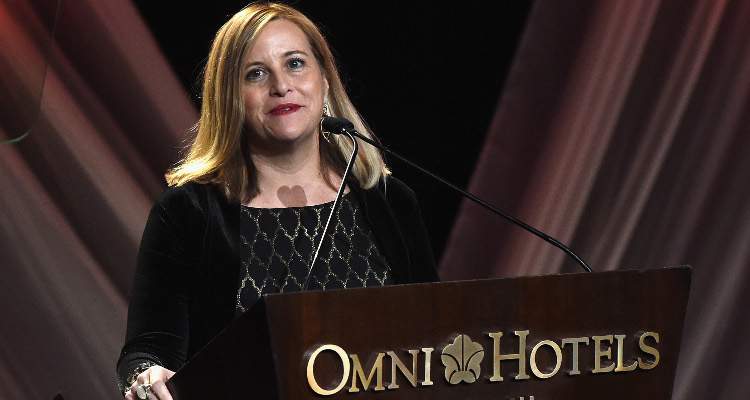 The mayor of Nashville, Megan Barry, admitted to having an extramarital affair with the Nashville police sargeant in charge of her security detail in January. Despite the revelation, Megan Barry and Bruce Barry, her husband, don’t plan on separating. However, she resigned from the Mayor’s office on March 6, 2018.

Megan Barry made history as the first woman to be sworn in as the mayor of Nashville, Tennessee. But on March 6, 2018, she resigned from her position after pleading guilty to felony theft.

The mayor admitted to cheating on her husband of over two decades, Bruce Barry. They have no intention of separating, and her husband supported her even after news of Megan Barry’s affair broke out.

Bruce Barry, age 60, is a professor of management at the Owen Graduate School of Management at Vanderbilt University. He was appointed to the Department of Sociology and is a faculty affiliate at Vanderbilt’s The Curb Center for Art, Enterprise, and Public Policy, as well as the Center for the Study of Democratic Institutions.

According to his website, Barry’s expertise lies in: “(1) social issues in management, including ethics, workplace rights, and public policy; and (2) the psychology of interpersonal and group behavior in organizations, including power, influence, negotiation, conflict and justice.”

Barry taught at various universities, including some in Australia. He’s also an accomplished author who had his work published in scholarly journals. Additionally, the professor contributes to the weekly newspaper, Nashville Scene.

His Stepdad Was a Furrier

When Barry was five years old, his parents divorced and his mother soon remarried. His stepfather was a furrier in New York’s garment district.

Calling his stepdad’s occupation “uncomfortably odd,” Barry said, “The whole business is taking dead animals, making them into coats and selling them to rich people as signs of opulence.”

Nevertheless, Barry said that the job taught him about the world’s “moral complexity,” and said, “I actually disdained the industry on moral grounds but at the same time, that industry put food on the table and got me into college.”

He Wanted to Be a Doctor

A young Barry from Long Island enrolled at the University of Virginia, fully intent on working in the medical field. He was so passionate about becoming a doctor that he even did medical research while in high school.

It wasn’t a phase for Barry as he wanted to be a medical doctor. However, the pre-med track was restrictive back then. He was also interested in certain political and international study courses but wasn’t allowed to take them. So he opted to take organic chemistry with a pass or fail result in his sophomore year instead of a letter grade.

Barry recalls the day he got the change form to class, and his professor said, “You realize if I sign this, no medical school in the country will look at you.”

Barry went on to become a doctor but not in the medical field. He did a double major in foreign affairs and speech communication and earned his Ph.D.

He Pissed Off a PLO Leader

Back in the ‘80s, Barry and his fellow grad students took a trip to the Middle East. There, they had a private meeting with the former leader of the Palestine Liberation Organization, Yasser Arafat.

During the meeting, Barry asked Arafat a question which he doesn’t remember now. But it agitated the PLO leader who rambled something in Arabic.

The students, their professors, along with the PLO leaders and handlers, mingled over tea after the meeting. Arafat approached Barry and apologized for his behavior.

Barry explained, “He came up to me and put his arm around me and said, ‘I’m sorry I got so agitated. These issues get me that way.’”

They Lost Their Son

Barry has been supportive of his wife’s political career for the (almost) 25 years that they have been together. He accompanied her on her campaign trail, and when she was elected mayor, he chose to keep a low public profile to let her shine.

Their son, Max Barry, who was a student at Washington State, returned to attend his mom’s inauguration in 2015.

Barry said about his son at that time, “I can’t imagine that it hasn’t been incredibly eye-opening for him in understand [sic] who his mother is and what a remarkable person she is.”

In 2017, tragedy struck the Barry family. Their 22-year-old son, Max Barry, passed away from an apparent drug overdose. He reportedly died from a mix of drugs containing opioids.

Since Megan Barry’s son’s death, she has been a voice in the country’s opioid crisis.

The mayor of Nashville admitted to having an affair with her bodyguard, Robert Forrest Jr., since 2016.

Bruce Barry didn’t comment on the affair, but he displayed his support by tweeting poll figures in favor of his wife. Despite his continuous support, Megan Barry decided to step down from her position.

In response to her resignation, Bruce Barry released a single-line statement quoting Groucho Marx that read, “Learn from the mistakes of others. You can never live long enough to make them all yourself.”

Centerstone offers sincere condolences to Mayor Megan Barry and her husband Bruce on the loss of their son, Max. https://t.co/BPIt6Q3nsg pic.twitter.com/kXp0qxDPsC