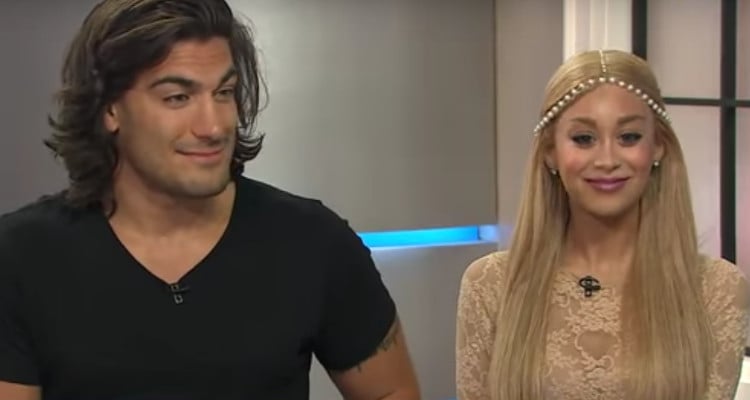 Even though Max Altamuro was eliminated early on The Amazing Race Canada, she did not let that dampen her spirit. She is as spunky and adventurous as ever! Altamuro’s Instagram account is full of photos of her having fun and hanging out with her boyfriend, Elias Theodorou.

It takes two to tango! That certainly seems to be the case with Elias Theorodou’s girlfriend, Max Altamuro, as the two participated in The Amazing Race Canada season 3. Unfortunately, they finished last on the first leg of the race and were the first team to be eliminated. But they didn’t let that bring their spirits down! Altamuro and Theodorou are as enthusiastic as ever, as they go about their post-race life. The couple lives life to the fullest and are very happy together. Learn more from Max Altamuro’s wiki, right here.

Altamuro loves to get comfy with Theodorou and watch movies at home. On movie nights, Altamuro loves digging into Chinese food, but she also has a sweet tooth. She loves horse racing and everything Disney. Her biggest dream is to visit Tokyo Disneyland and backpack through Europe. If she ever came into a lot of money, she would buy a puppy and a Chanel bag for herself. Altamuro’s favorite TV show is, not surprisingly, The Amazing Race Canada. But, the fact that she was eliminated in the first week has not brought her down in the least!

She Brings out Theodorou’s Soft Side

When Max Altamuro was younger, she wanted nothing more than to be a zookeeper. She also loves music and says that if she and Theodorou ever became a pop duo, they would be called Ace of Base, after the Swedish pop band. Elias Theodorou also has a sensitive and goofy side to him that comes out whenever he is with family and friends. His girlfriend is a confident, tough woman, who stands up for what she believes in. However, she admits that she brings out Theodorou’s loyal, caring, and soft side whenever she is with him. One thing they both have in common is that they are both equally stubborn, but play to each other’s weaknesses very well.

Altamuro Loves to Party and Have Fun

There is no information on Max Altamuro’s net worth, but considering that she holds a steady job as a retail manager in Toronto, she must be doing pretty well for herself. Plus, she is Elias Theodorou’s girlfriend, and he is very well off as a professional mixed martial arts fighter, so money should not be an issue for these two. After all, Altamuro’s age is just 30 and she has her whole life ahead of her. With her intelligence and daring attitude, there is very little she cannot do, especially once she puts her mind to it. Check out Max Altamuro’s Instagram account to know what we mean. She has plenty of photos of herself and Theodorou having a good time with friends, and even more of Altamuro’s hot pics.

Max Altamuro is a positive, intelligent, and a fun loving person, who is at her best when she is doing something adventurous —like taking part in The Amazing Race Canada! With a motto like “Don’t look dumb on TV, and don’t die,” there is a lot more to her than meets the eye!