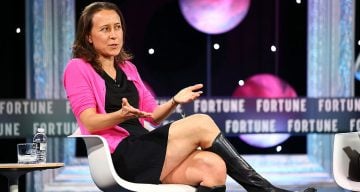 Anne Wojcicki has earned a name for herself as the outspoken tech CEO of the billion dollar genomics company, 23andMe. Here is everything you need to know about Anne Wojcicki’s wiki, including her age, net worth, kids, and ex-boyfriend, Alex Rodriguez.

Anne Wojcicki is well-known for her breakthrough innovations in the field of biotechnology. The 43-year-old entrepreneur is the CEO and co-founder of the personal genomics company, 23andMe, which saw its value skyrocket to over $1.0 billion last year. Formerly married to Google co-founder, Sergey Brin, it seems that Wojcicki has a taste for powerful and successful men, who are just as accomplished as she is. Following her amicable divorce from Brin, Wojcicki was in a serious relationship with baseball star and popular playboy, Alex Rodriguez for about a year before the couple headed for splitsville. Scroll down to find out more about the brilliant and beautiful Anne Wojcicki’s wiki and facts about her kids, net worth, and relationship with A-Rod! 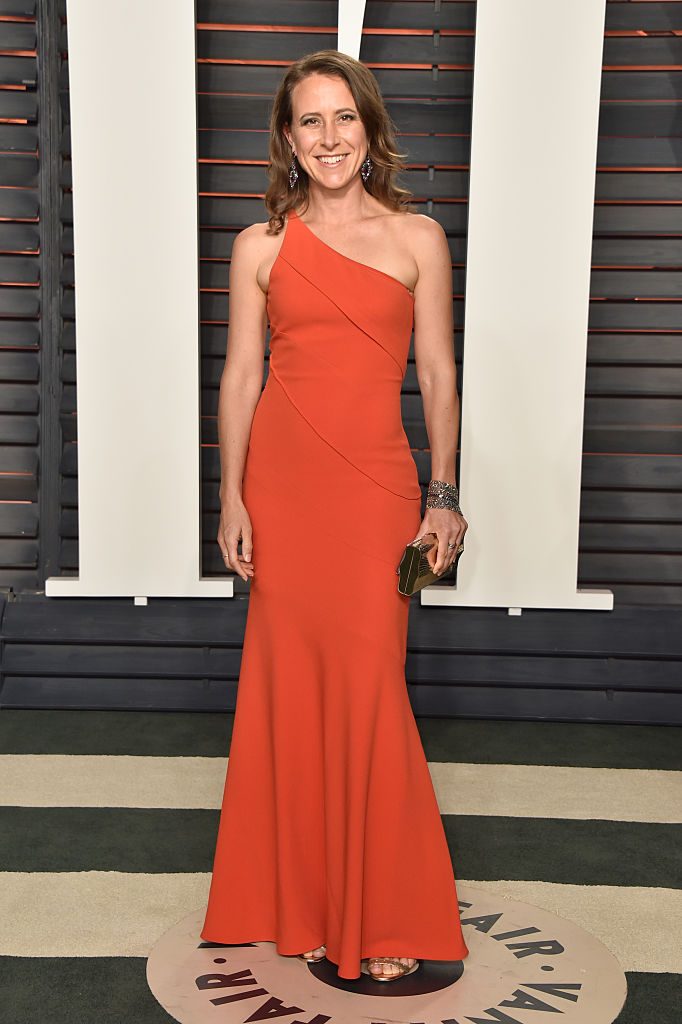 Anne Wojcicki’s wiki makes an interesting read because of her family’s valuable contributions to the world of science, journalism and technology. She is the youngest of three daughters, born and raised in a Polish-American Jewish family based in San Mateo County, California. Her mother, Esther is a respected journalist and educator, who is a member of the board of directors of the non-profit, Creative Commons.

Meanwhile, Wojcicki’s father, Stanley is a reputed professor of physics at Stanford University. Her two sisters are equally accomplished; Susan is the CEO of YouTube while Janet is a Fullbright-winning anthropologist, researcher, and assistant professor of pediatrics. 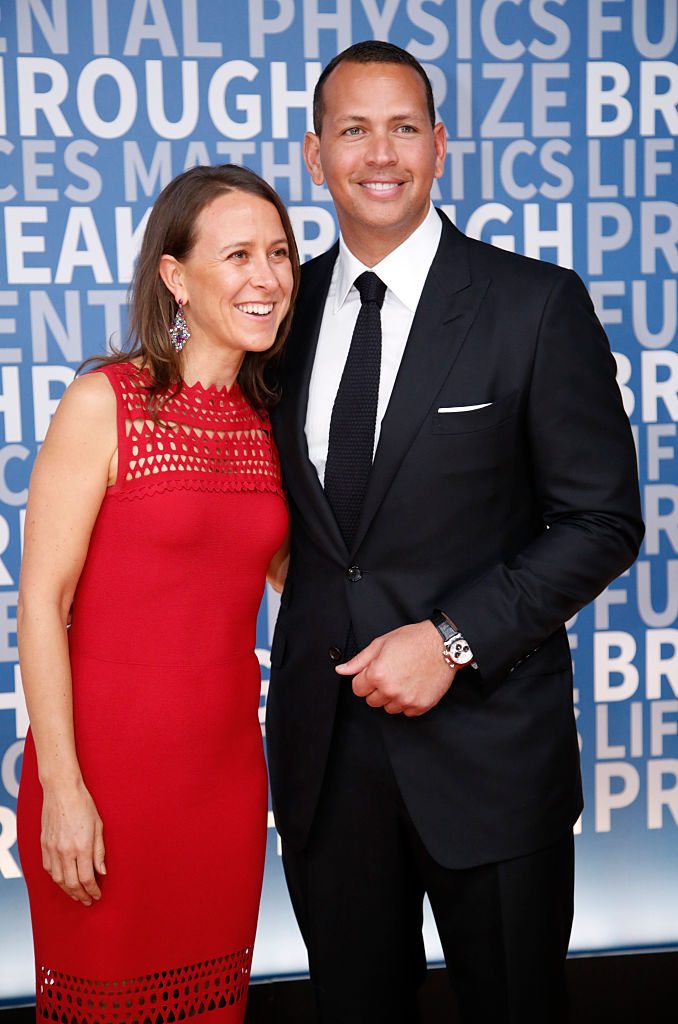 Growing up on the campus of Stanford University where her father worked, Anne Wojcicki developed an interest in figure skating and later ice hockey. She was the editor of her high school paper and earned a scholarship to Yale University for her sports coverage. Wojcicki’s extracurricular accomplishments include being a competitive ice skater and playing on the varsity women’s ice hockey team. After graduating from Yale with a B.S. in Biology, Wojcicki went into molecular biology research at the National Institutes of Health in San Diego, California.

A woman of many talents, Anne Wojcicki focused her efforts on healthcare; she worked as a consultant and analyst for reputed Wall Street firms, before quitting to join medical school. Disillusioned by the corrupt healthcare system at a young age, she wanted to make a difference by becoming a medical professional.

"TuneInTuesday" To celebrate International Women's Day. Check out our piece on Anne Wojcicki from @23andme on the aptOn insights page. By tuning into where you have come from can you alter the direction you are going? #empoweryourweek #empoweringpeople #success #23andme #annewojcicki #women #internationalwomensday

However, fate had other plans in store for her and she formed 23andMe with long-time friend and colleague, Linda Avey. The genetic testing start-up raised $115.0 million in venture capital funding from investors like Google, Fidelity, and Johnson & Johnson. Named after the 23 pairs of chromosomes in a human cell, Wojcicki’s personal genome kit was christened the “Invention of the Year” by Time Magazine and its value catapulted to $1.0 billion in 2015!

Also Read: Klay Thompson’s Girlfriend in 2017: Who Is the Golden State Warrior Dating?

#4. A Taste for the Rich and Famous

Wojcicki’s private life has come under scrutiny, after she was pushed into the public eye due to high-profile celebrity links. She was married to the co-founder of Google, Sergey Brin in 2007, with whom she shares two children. Anne Wojcicki’s kids are Benji Wojin (8) and Chloe Wojin (5), whom she shares custody with Brin. The Silicon Valley entrepreneur split from her husband in 2013, but the divorce was finalized two years later. 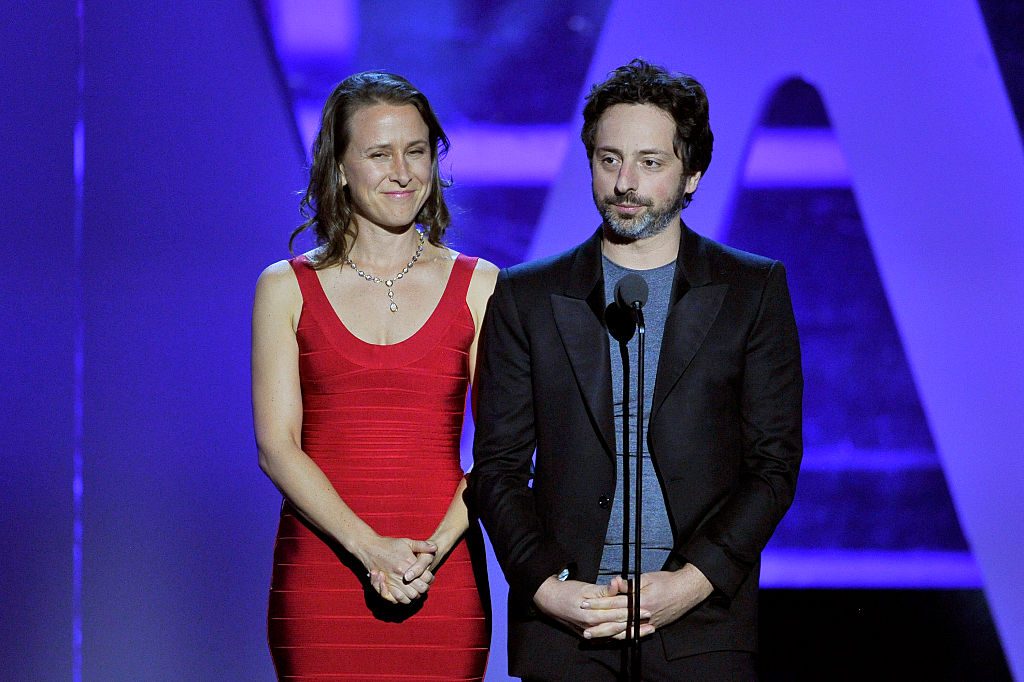 Soon after, media outlets reported that Wojcicki was in a relationship with baseball’s bad boy, Alex Rodriguez, who is notorious for a long string of high-profile relationships. The New York Yankees slugger has also been linked to Madonna, Kate Hudson, Cameron Diaz and most recently, Jennifer Lopez. Anne Wojcicki and the 41-year-old dated for the better part of 2016, before heading their separate ways. Considering that Alex Rodriquez’s girlfriends change in the blink of an eye, there’s no telling how long his new found romance with J-Lo is going to last!