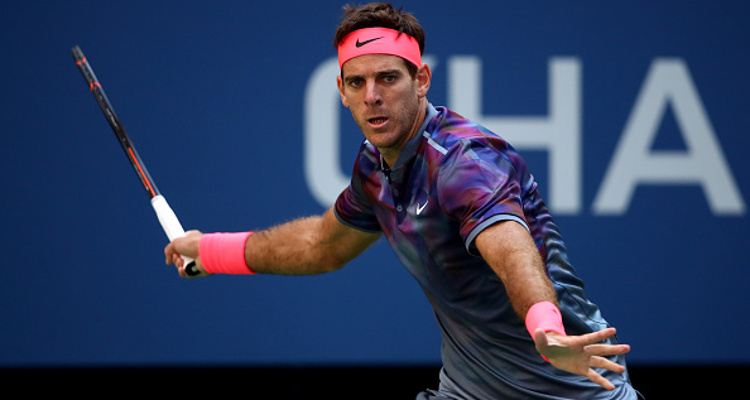 Juan Martin Del Potro just defeated Dominic Thiem and wowed the crowd like never before. A lot of people spent Labor Day weekend watching the U.S. Open 2017 at the Arthur Ashe Stadium. A large number of Argentine fans of the tennis champ were excited to see him win, even though he was sick two days before the match. Some people there wanted to know one more thing: Was Del Potro’s girlfriend among the crowd? Find out all about her right here.

Did Juan Martin Del Potro’s girlfriend come to watch him at the U.S. Open? Well, it was speculated that Del Potro was dating Argentine model Julia Rohden, who was spotted at one of his matches earlier this year. Fans might have expected her to be there this past weekend, but there was no sign of her. So who is Juan Martin Del Potro dating? Read on to know all about his dating timeline.

Who Is Juan Martin Del Potro?

Fans of the tennis player don’t think he needs an introduction, but for those of you who might need one, we have a quick Juan Martin Del Potro wiki. He was born on September 23, 1988, in Tandil Argentina, to Daniel Del Potro, a veterinarian, and Patricia Lucas, a teacher. He has a younger sister named Julieta Del Potro, and an older sister who died in a car accident when she was eight. Del Potro was always interested in sports, and loved tennis in particular. A true Argentinian, he loves playing football as well, but began playing tennis at the age of seven.

Del Potro flew through many matches right from the beginning of his career including the Orange Bowl (2002), ITF circuits (2004), and Coffee Bowl (2005), along with Grand Slams at the U.S. and French Open. By 2008 he was a pro, playing big names in tennis like David Ferrer, Andy Roddick, and Gilles Simon. Del Potro faced some injuries as well, including a back injury that resulted in his retirement from the sport. However, after fitness training and keeping up with his game, he returned to tennis in 2009. But Del Potro faced another hitch when he hurt his wrist, and fell from his rank. He briefly lost his world No. 4 rank after losing to Marin Cilic, but took it right back after Murray’s early exit in the Monte-Carlo Rolex Masters.

In 2012, Juan Martin Del Potro received his first Olympic medal along with Roger Federer and Andy Murray, and continued to rank in the Top 5 the next year. In 2016, Del Potro won the Davis Cup Championship, after yet another injury recovery.

If you are wondering who the tennis pro might be dating now, then we’re giving you a heads up that he has kept it under tight wraps. Del Potro has made sure that his current girlfriend (if he has one) is hidden from the paparazzi and has kept mum about his relationship status as well. But you can still take a look at the women who were in his life.

In 2009, Del Potro was seen with Camila Velasco, and the dating rumors were all over the place. Some claimed that there was a rift between the duo, but nothing could be conformed.

Before anyone could make any sense out of whether or not the tennis player was dating Velasco, it came to light that Del Potro was dating another woman. Luciana Salazar was going out with Lionel Messi at the time, and things got messy when a love triangle formed between the couple and Del Potro. She is an Argentine model, well known for her adult photographs.

The rumors went on for a while, and it looked like they were into each other. That was, of course, until Del Potro was seen with Stephanie Demner in 2010. She was an Argentine model, and they dated for a couple of years until 2012. But it looks like Demner is happily in love with Gregor Ossello, or so her Instagram pictures make us believe!

Things looked up for the tennis pro as tabloids reported that he had moved on with Julia Rohden. She was a model too (surprise surprise!) and the couple dated from 2013 after being introduced by a mutual friend. We are unsure as to what could have led to their  breakup, as Rohden was last spotted at one of his matches.

Who is Juan Martin Del Potro dating? We might actually have an answer to that! It’s rumored that Jimena Baron is currently dating the tennis pro.Baron has a son named Morrison from her relationship with soccer player Dani Osvaldo. Some Instagram images show the two getting cozy, which leads us to think that they are an item. But then again, since neither have confirmed their relationship, we can only speculate that they are in love!