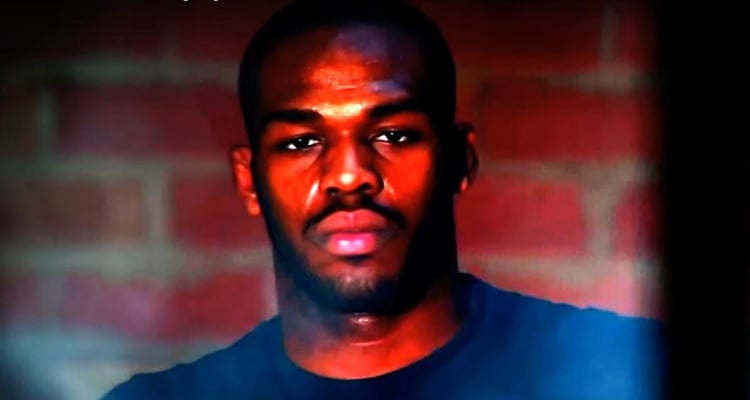 Jim Jones failed yet another dope test and was suspended once again. This is not the first time he has seen controversies, and was able to make successful comebacks each time to   rebuild his reputation as one of the greatest MMA fighters of all times. This time, however, things might be really tough for Jones. However, with a net worth of $10.0 million and a supportive fiancée, Jones might still be able to make a comeback.

With the strict policies against doping in sports, it would seem that athletes would not make the same mistake twice. Apparently, Jon Jones doesn’t seem to think so. He tested positive yet again for a banned substance during an in-competition USADA test concerning his fight with Daniel Cormier on July 29, 2017. By defeating Cormier, Jones regained the UFC light heavyweight belt. The fight took place in Anaheim, California, and Jones was provisionally suspended after the results came out. Jon Jones’ drug test results have once again put a stain on his career. He, however, is not officially stripped of the title just yet. But, since the news of Jon Jones’ suspension became viral, people are eager to know more about him. We have some details from Jon Jones’ wiki right here.

A Passion for Mixed Martial Arts

Born on July 19, 1987, in Rochester, New York, Jon Jones’ age is 30. In high school, he was an excellent wrestler and state champion, as well as a good football player. Because of his slight frame, his coach nicknamed him “Bones,” and the name stuck. He was studying criminal justice in at Morrisville State College when the MMA bug bit him. Jones dropped out of college and made his professional MMA debut in April 2008. He grew and progressed as a fighter after signing on to the Ultimate Fighting Championship and made his professional UFC debut on August 9, 2008. Since then, he fought a steady stream of exceptional fighters like Stephan Bonnar, Jake O’ Brien, Matt Hamill, Brandon Vera, Vladimir Matyushenko, and Ryan Bader.

Defender of the Title

This gave Jones a shot at winning the UFC Light Heavyweight Championship, provided he beat then champion Mauricio “Shogun” Rua. Jones won the fight and, at the age of 24, became the youngest UFC champion ever. He showed his merit by successfully defending his title several times against challengers like Rashad Evans, Lyoto Machida, Vitor Belfort, and Chael Sonnen. Then started the troubled phase of his career. He tested positive for cocaine in a 2015 fight against Cormier, which put him under fire. He was then involved in a hit-and-run accident, putting his MMA career in jeopardy. He was stripped of his title and suspended, but six months later was reinstated just in time to fight Ovince Saint Preux. In July 2016, Jones was suspended again for failing a drug test and had to sit out for a year. He came back to win against Daniel Cormier and regain his UFC title, but might lose his title after failing the drug test.

Jones has now been suspended after testing positive for Turinabol, an anabolic steroid, on August 22, 2017. It looks like he is in serious trouble this time because, as a recurring offender, can result in a four-year suspension. Luckily for him, money is not a problem because Jim Jones’ net worth is a cool $10.0 million. However, his reputation as a champion fighter is now on the line. At this point, Jim Jones’ fiancée, Jessie, is the only person who can give him some solace. She is the mother of his three daughters. Jones spoke about having a fourth daughter, before meeting Jessie, but details about her are not known. It is not clear yet what specific action will be taken against Jones, but the future looks bleak for him. However, seeing his previous comebacks, he might still be able to head back into the ring once again.