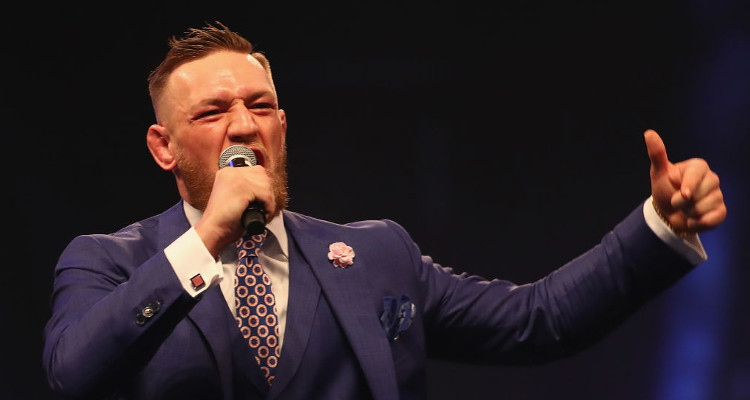 Conor McGregor’s net worth of $35.0 million is poised for a huge increase when his $100.0 million paycheck for his Mayweather fight comes in. He already has everythng money can already buy, including a luxury home and several gleaming cars and jeeps. Despite reports that McGregor wants to retire after his August 26 fight, his manager insists that McGregor will return to MMA by the end of 2017. At age 29, McGregor has his whole life ahead of him. And with a loving partner like Dee Devlin by his side, he is one lucky guy!

Conor McGregor shocked fans and the MMA world when he announced his retirement on Twitter some time ago. Though he appeared to be serious, most people did not take the announcement seriously, assuming that it was yet another decision by the brash and cocky McGregor. Thankfully, it turns out that McGregor will not be retiring from MMA anytime soon. According to his manager, Audie Attar, “He’s going to fight in the UFC. He has every intention of coming back and fighting in the UFC and fighting in MMA.” This will be after his massively awaited fight with undefeated champion Floyd Mayweather, which is scheduled to be held on Saturday, August 26, 2017, in Las Vegas, Nevada.

The fight between Conor McGregor and Floyd Mayweather is a money train as both the fighters and those watching are bound to make a pretty penny from it! It’s not for nothing that the fight was nicknamed “The Money Fight.” How much is Conor McGregor getting for the Mayweather fight? According to sources, he should expect over $100.0 million for this 12-round fight! This gigantic sum is something that he could have never imagined when he was hard up for money several years ago. Because of this massive paycheck, there was speculation that McGregor might retire from the MMA after the biggest fight of his career. After all, he achieved so much in his short MMA career.

Record Speaks for Itself

However, it seems that McGregor has other plans. He tentatively marked his return to the MMA by this fall when UFC’s end of the year card takes place. Right now, he is totally focused on his August 26 fight with Mayweather to decide who is the best fighter. The odds favor McGregor, but Mayweather is no pushover and will bring his experience and ability to shut McGregor up for once and for all. His career in the MMA has been nothing short of spectacular. Conor McGregor’s record speaks for itself: 24 Total fights, 21 wins, 18 wins by knockout, and 3 losses. Along the way, McGregor was crowned the UFC featherweight champion, and he is currently the reigning UFC lightweight champion. All of this and Conor McGregor’s age is just 29! He did pretty well in the earnings department too. Conor McGregor’s net worth is $35.0 million and poised to take a massive leap once the paycheck from his Mayweather fight comes in!

The Magic of Money

Conor McGregor’s house in Dublin, Ladycastle, is in one of Ireland’s most exclusive private estates and is located on the grounds of the K Club in Co. Kildare. He was also splashing money on his private fleet of expensive cars that include a gleaming BMW i8, Cadillac Escalade, and a powerful Mercedes. He also bought BMW 5-Series for his parents and sisters. McGregor has a thing for jeeps and bought a fully-loaded Range Rover costing upwards of $198,130 that he stores in the garage of his luxury mansion. The lucky person who gets to share this incredible wealth is Conor McGregor’s girlfriend, Dee Devlin. She is the one who has been supporting McGregor for the last nine years. She has been his anchor since McGregor had nothing but a heart full of passion for success. With a $100.0 million paycheck soon to come, things for McGregor can only get better.