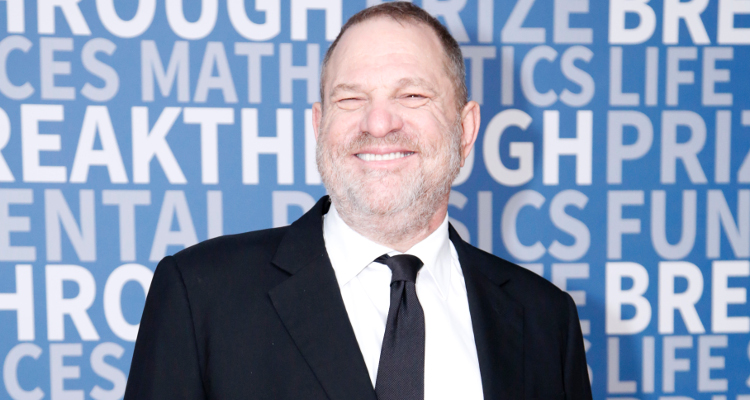 Harvey Weinstein is known for his award-winning movies and his celebrity friends. But now, he’s making headlines for allegedly sexually harassing women over the decades he became a Hollywood hot shot. Harvey Weinstein reportedly earned a net worth of $300.0 million as of 2017.

Harvey Weinstein was one famous half of the Weinstein Brothers, Hollywood’s most influential producers. He was the co-founder of Miramax and The Weinstein Company, which have birthed many award-winning movies. But the elder Weinstein is currently embroiled in a sexual harassment scandal spanning the decades of his movie-making career. He reportedly made sexual advances to women associated with the company in exchange for furthering their careers with his influence. He also reportedly settled with many of these women with meager payouts. A small price for someone with a net worth of $300.0 million! Here’s how the elder Weinstein brother became a Hollywood power broker and more about Harvey Weinstein’s net worth.

Is Harvey Weinstein Really That Rich?

With a net worth of $300.0 million each, neither Harvey nor Bob Weinstein can be considered poor. Movies produced by this duo are commercial successes that win big at the Oscars. Yet, the Weinstein Brothers, who are favored by billion-dollar directors like Quentin Tarantino, never make it in Forbes’ list of Richest Hollywood Power Brokers.

Make no mistake, Harvey Weinstein is one of the richest Hollywood producers there are. It’s only that there are producers who are a lot wealthier and more influential than him. That, and a string of bad decisions in recent years.

Harvey and Bob founded Miramax in 1979, where they divided the kind of cinema they’d produce. Bob ran the commercial division, which produced favorites like the Spy Kids and Scary Movies franchises. Harvey focused on arthouse cinema. The brothers sold Miramax to Disney in 1993 for $80.0 million, a sum that seems minor considering what they went on to do. They still ran Miramax and produced Oscar-winning movies until they were ousted for clashing with big names like Disney.

They founded the Weinstein Company in 2005 with a $1.0 billion investment from Goldman Sachs. But later, their stakes were diluted and Bob and Harvey were left with only 42% of the company.

Harvey Weinstein did great as long as he stuck to churning out movies. A streak of bad luck followed when they expanded to other media. He bought a stake in the fashion label, Halston, which has been struggling to regain its footing for years. Its venture into the social network ASmallWorld, and cable network Ovation were doomed messes.

A home video distributor called Genius, which was meant to distribute Weinstein movies, went bankrupt. The Weinstein Company had to fall back and restructure, once again returning to what it did best, making movies. But as part of the restructuring, they had to let go of their biggest asset —their film library.

As the company got back on its feet, Harvey and Bob sought another revenue stream through TV. They began producing shows, its most famous and successful one being Project Runway.

No End in Sight

According to The New York Times, who broke the story about Harvey Weinstein’s sexual harassment, many of his victims have accepted payouts. They alleged that he promised to use his influence to advance their careers in return for sexual favors. Some of the women reportedly signed non-disclosure agreements so they couldn’t come forward with the accusations.

In cases of Fox bigwigs who were ousted on sexual harassment charges, the women involved were paid millions in a payout. Eight of Weinstein’s victims received paltry amounts ranging from $80,000 to $150,000, according to NY Times.

Despite Harvey Weinstein not meeting Forbes’ cut off for Hollywood’s Power Brokers, he is a major influential figure in Hollywood. One of his victims, actress Ashley Judd, purportedly thought, “How do I get out of the room as fast as possible without alienating Harvey Weinstein?”

In Hollywood legends, it has been said that many directors have bowed to pressures under Harvey Weinstein. The 65-year-old is also notorious for making heavy cuts in movies during the editing process. He has reportedly gotten away with several episodes of his erratic temper solely because he is a decorated producer.

He was caricatured in the hit HBO series, Entourage where Maury Chaykin played Harvey Weingard, based on Weinstein. But Harvey doesn’t believe imitation is the sincerest form of flattery. While he claimed to be amused by the character, Hollywood insiders say that he hated being portrayed as a tyrant producer.

Under the accusations, there is speculation that The Weinstein Company might show Harvey the door. Fox primarily let go of Roger Ailes and Bill O’Reilly because they are answerable to shareholders. One would think the same of Weinstein Co. But that is highly unlikely.

The production company is closely held by Harvey and Bob. If shareholders were a worry, Harvey’s infamous temperament would never make headlines. He is currently on a long leave of absence and attending therapy after the sexual allegations came to light. But it looks like Harvey Weinstein’s Hollywood career is far from over.

Experts analyzed two setbacks from this scandal; Weinstein Co. has been struggling to sell its TV division for a few years now and a few deals were in the pipeline. But as of now, no deal has been made public. Secondly, once a powerhouse in the independent genre, Weinstein Co. hasn’t had much of a presence in film festivals lately. Harvey’s scandal risks him to be ostracized by the creative community.

While the statements released by Harvey and his attorney appear to present contrasting pictures, the embattled producer is making an effort to appear contrite. He apologized for his statement while his lawyers refuted the accusations. According to the latest updates, Weinstein plans to sue The NY Times to the tune of $50.0 million and donate the money to women’s organizations.

Meanwhile, his wife Georgina Chapman, their kids, India and Dashiell, and his children, Remy, Emma, and Ruth from his previous marriage with Eva Chilton, are sticking by him in this fight.

Soon after the scandal surfaced, it was reported that Weinstein sold a Connecticut home for $1.65 million. He purchased the home almost two decades ago for $825,000.