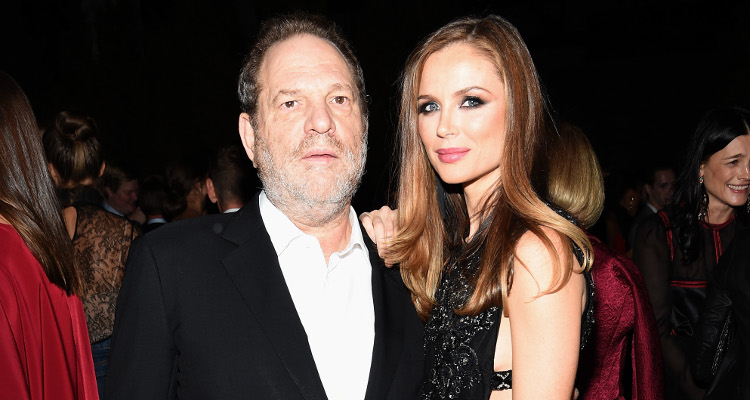 There are some serious allegations against Harvey Weinstein, who reportedly sexually harassed many women, including Ashley Judd, over the past couple decades. But his wife, Georgina Chapman, is standing by his side after his lawyer said that “he denies all allegations,” leading many to grow curious about her. Who is Georgina Chapman? Read on to know everything about how fashion designer Georgina Chapman’s net worth of $30.0 million was made.

One of the most famous red carpet designers in the fashion industry is Marchesa, the label co-founded by Harvey Weinstein’s wife, Georgina Chapman, a successful model and designer. Read on to know everything about her, right here in our Georgina Chapman.

Georgina Chapman was born on April 14, 1976, in London, England, making her age 41. She was born to Caroline Wonfor, a journalist, and Brian Chapman, a multimillionaire entrepreneur who owns Percol, the organic coffee company.

She grew up in a pretty privileged in the posh Richmond area in South West London, right along the river Thames and laced with upscale and eclectic shops. Chapman went to Marlborough College in Wiltshire, and lived in the famous Shepherd’s Bush apartments.

The beautiful young woman was worthy of gracing any magazine cover, and this led to her appearances in some commercials while in her 20s. She was seen in a Head & Shoulders ad campaign, as well as a couple music videos for the band, Pulp.

Chapman attended Chelsea College of Art and Design and graduated from its affiliate, Wimbledon College of Arts. While in school, she met Keren Craig, who would later collaborate with her to found Marchesa. She continued to appear in some films and TV shows after graduating.

3 days out… Having fun with #ss18marchesa fabrics today!! #marchesa #nyfw

A post shared by Georgina Chapman (@georginachapmanmarchesa) on Sep 10, 2017 at 4:14pm PDT

It was in 2004 that Chapman got together with her friend and business partner to found the high-end, Marchesa. The label quickly became a sensation in the fashion world, and the name spread like wildfire.

The brand was named after a socialite from Italy, Marchesa Luisa Casati, who was known for her eclectic taste in fashion during the formative years of the industry from the late 1800s to mid-1900s.

Investors Giuseppe Cipriani and Steve Witkoff were more than elated when the brand made its way to Vogue Fashion Fund’s top 10 list just two years after its inception.

Their bridal wear collections are highly awaited every season, and with a clear definition of edgy yet feminine couture, Marchesa stuns crowds at every fashion week. Their gowns are the most sought after for red carpet events, and have been adorned by the likes of Michelle Obama, Sofia Vergara, Kate Middleton, Nicole Kidman, and more.

The success of the label is what put Chapman on the map, and she went on to do more TV shows throughout the 2000s. If you have ever watched Project Runway All Stars, you’d know about Chapman and her influence in the world of fashion.

Chapman and Weinstein met at a 2004 party in NYC during the brand’s launch phase in Chapman’s life. It was love, or rather, “charm” at first sight, according to Chapman.

In an interview for Vogue in 2013, she said, “I had no idea who he was, he’s not a person you can sort of ignore or brush off. He’s incredibly charming and so charismatic, it sort of draws you in.”

A post shared by Georgina Chapman (@georginachapmanmarchesa) on May 22, 2015 at 1:13pm PDT

Three years after dating, the couple tied the knot in 2007. Chapman and Weinstein’s wedding took place in Connecticut, at a waterfront estate, according to E!.

The guest list included many celebs who made the ceremony look like no less than a red carpet event! She walked down the aisle with Renée Zellweger, Cameron Diaz, Quentin Tarantino, Anna Wintour, and many other glittery names watching in awe.

Chapman even designed her own bridal gown! After all, she is the founder of one of the most famous bridal wear labels!

Getting ready for tomorrow's new collection and thinking of this special day. #tbt #marchesabridal

A post shared by Georgina Chapman (@georginachapmanmarchesa) on Oct 9, 2014 at 12:27pm PDT

Chapman and Weinstein have been married for a decade now. Although he was previously married with three children, his first marriage ended in 2004, just before he started dating Chapman.

The couple have two children: Dash and India Pearl Chapman. Their names were inspired by author Dashiell Hammett and the country India, of which Chapman has a fondness for.

Georgina Chapman’s Instagram account contains plenty of pictures of her collections, and the occasional snap of her visits to exquisite countries.

A post shared by Georgina Chapman (@georginachapmanmarchesa) on May 30, 2017 at 7:30am PDT

Head over to her Instagram account and take a look at her beautiful journey in the fashion world. There are also some fun pics with her two adorable children.

It is estimated that Georgina Chapman’s net worth is a whopping $30.0 million and we are guessing it will only increase with time, and of course, in Marchesa’s always increasing popularity.