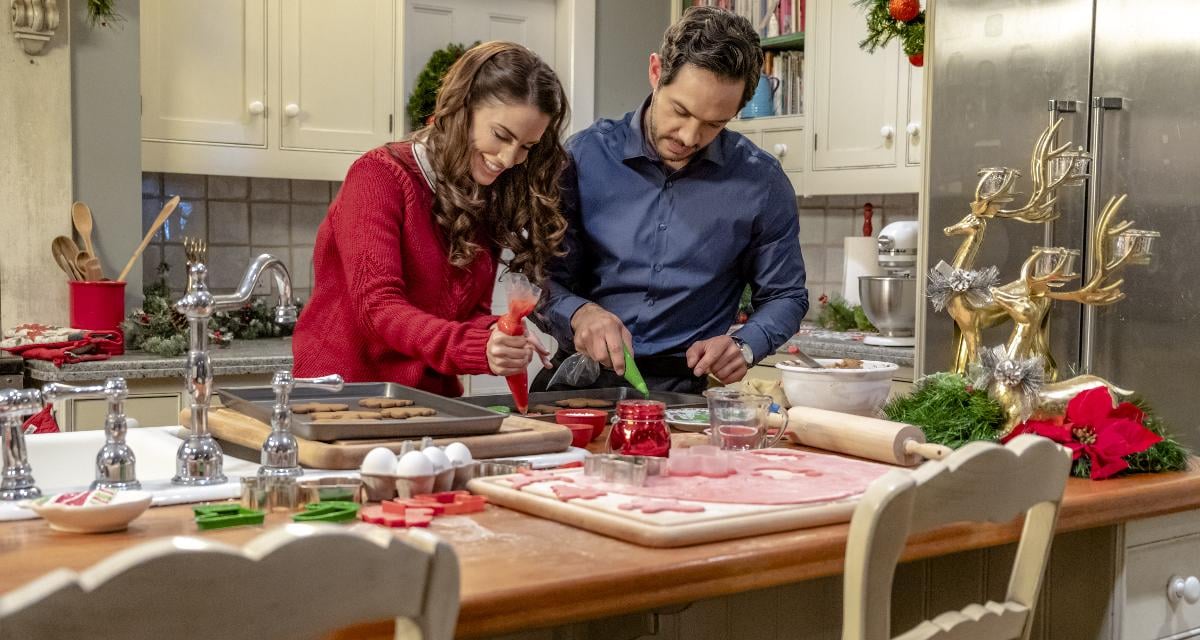 Are you already excited for Christmas and the holiday season? Decorating the tree, baking yummy cookies, and having your family over for a delicious holiday meal? We’re sure you’re feeling that holiday spirit and have already started watching Christmas movies, too. Well, the Hallmark Channel has made the deal all the sweeter for you, because they will be airing the original movie Christmas at Pemberley Manor on October 27, at 8:00 p.m. Below are all the details about the Christmas at Pemberley Manor cast and plot.

A heads-up, this movie won’t just make you appreciate Christmas all over again, but it’ll also add some romance to your life. It is loosely based on the classic Jane Austen novel Pride and Prejudice.

As Christmas is soon approaching, a New York-based event planner, Elizabeth Bennett, goes to a charming and picturesque small town to organize a Christmas festival.

However, when she arrives in the town, she meets a billionaire who is a little snotty, William Darcy. Now, Mr. Darcy is not at all keen on celebrating Christmas and is in the middle of selling the beautiful estate that Bennett plans on using as the venue for the celebration.

Bennett, being a stubborn woman, decides to persuade a reluctant Mr. Darcy to let her organize the event on the historical estate, which was once famous for its holiday cheer.

Mr. Darcy agrees to it and the pair begin working with each other to arrange the Christmas festivities. Since its Christmas and a Hallmark movie, romance has to be there. The couple soon start to fall for each other, but problems crop up and the celebration is shut down. Disappointed with the unexpected outcome, the potential couple part ways and Mr. Darcy once again moves ahead with his plan to sell the estate.

On the night before Christmas, Bennett prays for a Christmas miracle to bring back the festival joy, save the estate, and bring back her love. Will it be possible? To find out, don’t forget to watch the movie.

Christmas at Pemberley Manor is directed by Colin Theys, who is following his passion for movies by making films. When he was a student, Theys directed many award-winning CGI animations and VFX-driven short films.

This is how I feel about driving in the rain.. ?☔️?? #rainraingoaway

Actress Jessica Lowndes is famous for playing the role of Adrianna Tate-Duncan on 90210. Twenty-nine-year-old Lowndes was born in Vancouver, British Columbia.

At the age of 16, Lowndes moved to L.A. and started her career in acting. Besides being an actress, Lowndes is also a singer. Throughout her career, she has worked in several movies like Altitude, The Devil’s Carnival, and The Prince. Lowndes has also worked in various TV shows such as America’s Next Top Model, Greek, and many others.

Me, myself and I. Been sitting on this little gem since my @luciferonfox shoot a few months back. ep airs tonight on @foxtv you’ll see a whole lot of me.

Rady has worked in several TV films like Cloudy with a Chance of Love, Christmas in Homestead, and A Joyous Christmas.

Additionally, he has worked in a number of TV shows such as Sleeper Cell, Swingtown, Greek, Melrose Place, The Mentalist, House of Lies, Jane the Virgin, and Timeless.

Other members of the film’s cast are Cole Gleason, Maddie McCormick, Ben Estus, and Steve Larkin.

Be sure to check out Christmas at Pemberley Manor’s trailer—you’ll surely be enticed to watch the sweet and romantic movie.