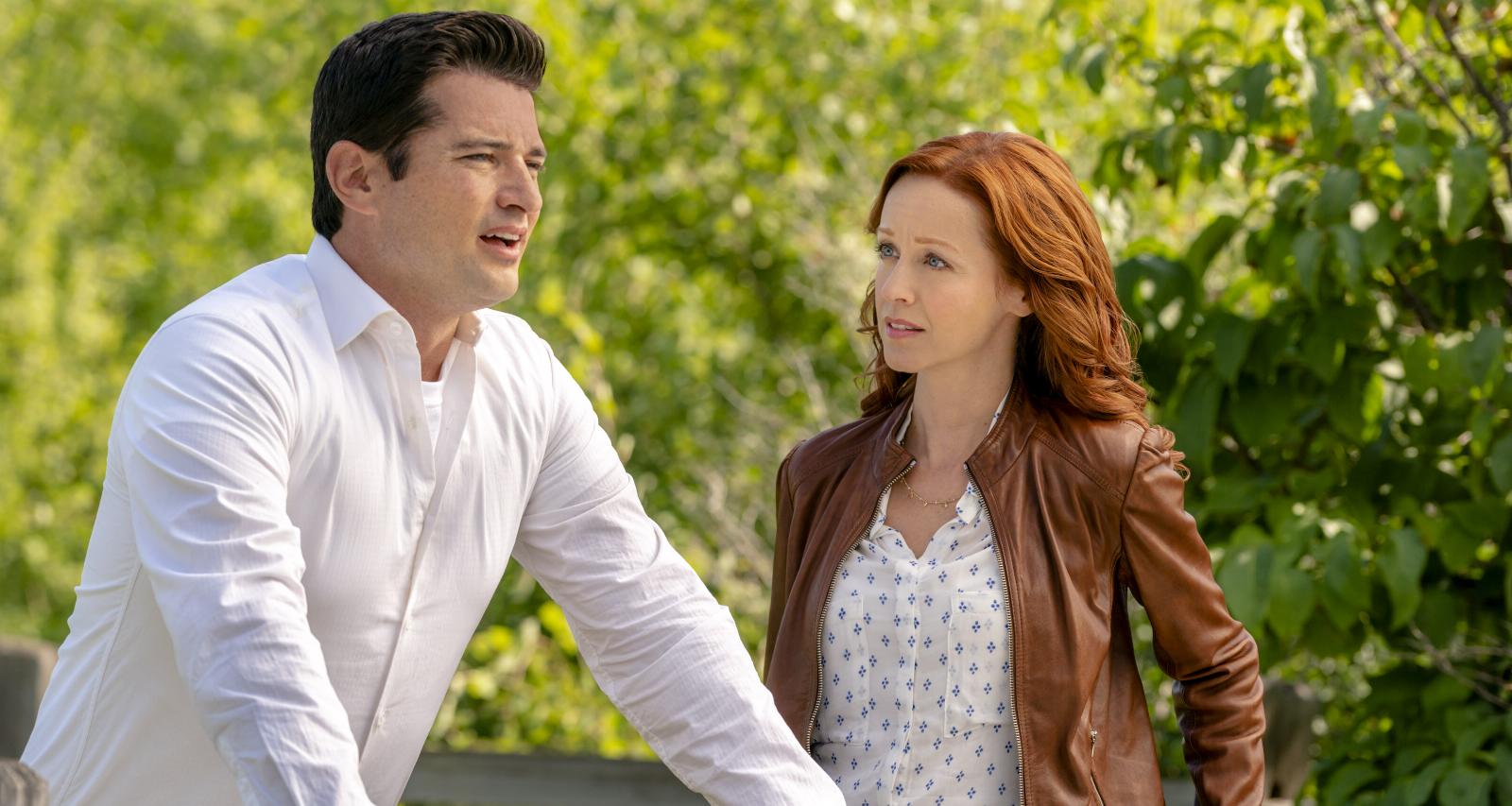 Your Saturday night just got a whole lot more romantic! You may want to grab your significant other and get in the mood by tuning into the latest offering from Hallmark Movies, Under the Autumn Moon. It will air on October 13, 2018 at 9:00 p.m. EST on the Hallmark channel, but before you check it out, we have more details about Under the Autumn Moon’s cast and plot. So, settle in, get your pumpkin spice lattes ready, and relive the magic of romance this weekend!

Under the Autumn Moon Plot

An overly ambitious executive persuades her boss that a beautiful ranch would be awesome for their company retreats. Her boss allows her to go to the ranch to take a look at it.

However, the owner of the ranch is a handsome cowboy, who refuses to sell his ranch unless she promises him to preserve its history. The cowboy also persuades her to stay, and they experience the beauty of the ranch together. And, of course, she falls head over heels for him!

But her boss shows up and has something else in mind for the ranch. Will the ambitious young woman choose love or her career?

coming very soon… who wants to watch @wesbrown225 and i make googly eyes at each other under an autumn moon?!?

Under the Autumn Moon Cast

Canadian actress Lindy Booth plays the role of Alex in the film. She played the character of Riley Grant on the Disney Channel’s series, The Famous Jett Jackson.

Booth started her career in film by working in a Canadian drama called Century Hotel. She then costarred in the 2002 film, Rub & Tug.

ready for fall! on my way to shoot @homeandfamilytv for @hallmarkchannel talking #UnderTheAutumnMoon thanks to my hilarious and talented glam… hair by @emilyzempel make up by @bowmanmakeup

Throughout her career, Booth has worked in many films such as Wrong Turn, Hollywood North, Lucid, Cry Wolf, Nobel Son, What Just Happened, Behind the Wall, and Kick-Ass 2.

She has been a part of TV shows like Eerie, Indiana: The Other Dimension, Relic Hunter, Odyssey 5, The 4400, October Road, The Philanthropist, and The Librarians.

Wes Brown is a 36-year-old actor who is famous for his roles in TV shows True Blood, Hart of Dixie, and Private Practice. His work on other TV series includes Trauma, 90210, and Deception.

Up until now, he has acted in three Hallmark Channel movies, Love’s Everlasting Courage, Love Begins, and Christmas Cookies.

Other cast members of the film include Natalie Lisinska, Dean Redman, Erik Athavale, and Cherion Drakes.

In case you haven’t watched Under the Autumn Moon’s trailer, then feel free to click on the link below—and get ready to swoon!