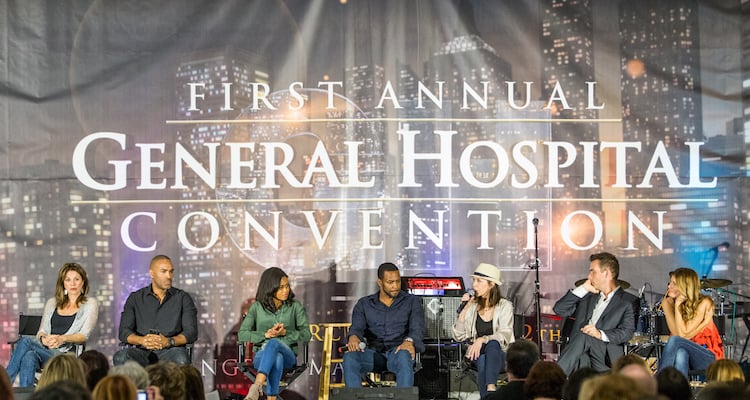 It’s the end of the work week but there’s no rest for the cast of the hit soap opera, General Hospital. Yes, the long-running daytime drama is still on the air and has the Emmys to prove it! With all the General Hospital rumors, fans are hungry for General Hospital spoilers. If you don’t want to be spoiled, then turn back now. But for those of you who can’t wait any longer, keep reading to learn more.

We’re in Season 55 and we still can’t believe it! As hard as people try, there’s never a sure way to get away from GH spoilers. What’s more exciting than General Hospital? Spoilers, of course, and we have plenty of them! How the show is able to pull off daily episodes, we will never know, but fans are forever grateful.

Here are Some Spoilers for General Hospital

For the week of June 16, there’s a lot going for a Friday. But then again, what better way is there to cap off the work week? It’s been teased that Lulu will be facing a challenge in the parenting department. She will just have to do the best she can while Valentin is away. It looks like Lulu will be taping into those maternal instincts we hear so much about and sense that there’s something bothering her daughter. Will Charlotte hint that she’s not cool with spending time with Spencer? It appears that way, but we all know that soaps are filled with plot twists. Lulu and Charlotte will have a bit of mother-daughter-bonding time and she will ask if Spencer has been mean to her daughter.

If you’re wondering about Liz, she’s getting a huge surprise: Hayden will admit that she’s pregnant! It’s true —and once Liz takes a moment, she’s going to offer some advice. And if you want a fight for this episode then your wish will be granted. In other GH spoilers, there’s going to be a blowout between Jason and Costa. Jason wants answers from Costa and now that Helena is out of the picture, he wants to know who Costa is taking orders from.

Sam will be getting a weird vibe and a vision will leave her rattled. She will try to shake her fears but she knows the truth: Jason’s life is in danger! But will she be able to save him? Also, Amy will snap at Nathan for asking too many questions about her needy brother.

As for the week of June 19, Carly and Sonny take a trip to his island to settle a few business matters and find themselves going down memory lane. But the feeling isn’t mutual since Sonny let’s down his guard, while Carly pulls back. And as a bonus: There’s danger lurking on the island—because who needs a peaceful getaway, right? Jason becomes aware of the impending threat and goes to the island to warn them, which his wife is completely against!

Sam also has a medical issue on the way in the form of a tumor. That’s the cause of her hallucinations, which is from a lump on Sam’s brain. The tumor will be delayed because Sam will refuse medical attention. Sam’s tumor plot may be a lead to a Franco redemption story. But will that sit well with fans?