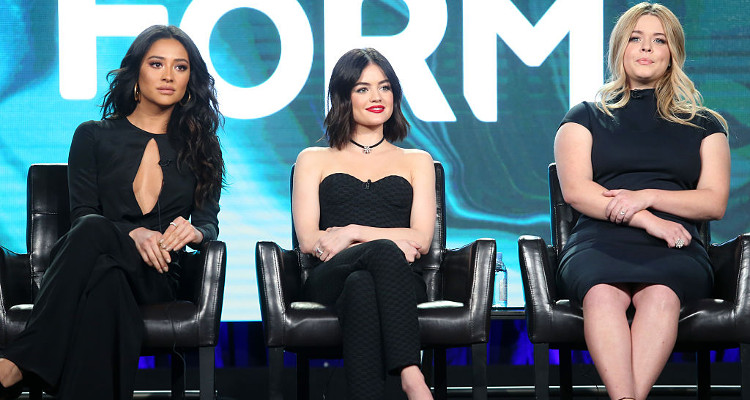 Pretty Little Liars Season 7 will wrap the series up with a nerve-racking two-hour finale on Tuesday, June 27. The show’s creators have promised that all of fans’ questions will be answered —especially the identity of the terrifying AD who is tormenting and torturing the girls. It will have some really scary twists and turns so don’t miss out on the finale!

Pretty Little Liars has thrilled its viewers for the last seven seasons and has a huge fan following who watches each episode with bated breath. However, all good things must come to an end and Pretty Little Liars is one of them. It has already been announced that the finale of the series will be aired on Tuesday, June 27, 2017, and fans are eagerly awaiting the episode with the hope that they will get the answers to their many questions about the characters and how they end up. More importantly, they want to know the answer to the burning question: Who is AD in Pretty Little Liars? The series has been accused of having too many plot lines and unexplained plot twists, but viewers are hoping that it will all come together by Pretty Little Liars Season 7’s finale.

A Twist in the Tale

The Pretty Little Liars finale is titled “Till DeAth Do Us PArt” and is a two-hour, drama filled episode. I. Marlene King, the showrunner, says, “We are treating that as a two-hour special event movie.” She adds that fans can expect a lot of twists and turns in the Season 7 finale. King revealed, “I’m excited for fans to finally have all of their questions answered.” The finale will see the five original liars, Emily, Aria, Spencer, Alison, and Hanna in the final shot. There is speculation that the finale will see the death of one of the liars. But King said, “When I call ‘cut’ on the very last scene, all five PLLs will be in the shot. This might mean that after the identity of AD is revealed things will fall in place for the five girls.”

There is speculation that there will be a wedding in the finale. Fans are excited and eager to know which of their favorite characters will tie the knot.With earlier promises that there will be two weddings before the season ends, fans cannot wait to see who walks down the aisle during the show’s finale. The title of the series finale also implies that someone might die in the finale. But the question is, who it will be? There is only one way to find out, and that is to watch the Pretty Little Liars Season 7 finale on Tuesday, June 27, 2017, on Freeform. Make sure you have someone beside you during the finale, because the show promises even more scares. Don’t say you weren’t warned!