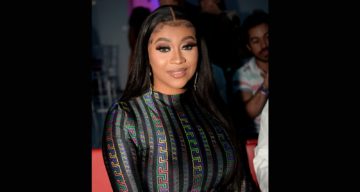 Love & Hip Hop: Miami is turning up the heat with new additions to its lineup. When the VH1 show premieres on August 23, we will get to see the Haitian-American “multi-tainer” Florence El Luche. Often going by Florence Dure, she and her husband have been building their music, cosmetic, and philanthropy platforms in Miami for over a decade. Florence El Luche has not been free of controversy, though. From balancing work and marriage to feuding with other celebrities, she packs the drama. Many are wondering who Florence El Luche is, and what her background is. To show you what to anticipate in L&HH: Miami season 4, we reveal all the details on its latest cast member in Florence Dure’s wiki.

Florence Jacques, who also goes by Florence El Luche, was born on August 29, 1988. She is of Haitian descent and based in Miami, Florida.

Florence hails from Port-Au-Prince. She is fluent in Haitian Creole, French, and English.

Through her social media, we know she has at least two sisters, Gayo Jacques and Joyce Jacques. Her sisters also live in Florida.

Supporting the Haitian community both in the U.S. and back home has been Florence and her family’s platform for years. As Haiti grapples with a devastating earthquake that hit on August 14, Florence is coordinating relief efforts for the country. Her husband, Guy Marlon Dure, has arrived in Haiti with clean water and medical supplies.

Florence El Luche is an entertainer, entrepreneur, and philanthropist based in the U.S. She first came on the map with her debut track, “Sitè Non’m,” in 2020.

Long before she was one of the few Haitian artists to perform at sold-out venues across the U.S., Florence Jacques Dure had established successful businesses in Florida. Together with her husband, she owns and operates, as well as serves as CEO of, beauty brands, tax services, restaurants, clubs, and more.

She is best known for her line of hair-care products and wigs, Riske Kollection, and her makeup brand, Siret Cosmetics. She recently launched a beauty bar to complement Riske.

Florence Jacques met Guy Marlon Dure in 2005, her style immediately catching his attention. When Jacques became pregnant with their first child, her mother insisted they tie the knot.

In a recent interview, the couple revealed that their marriage has overcome its fair share of challenges. Without getting into the specifics, they mentioned infidelity tested their relationship.

The couple are business partners as well. But it is their philanthropy that stands out. Guy is currently in Haiti helping the people displaced by the earthquake.