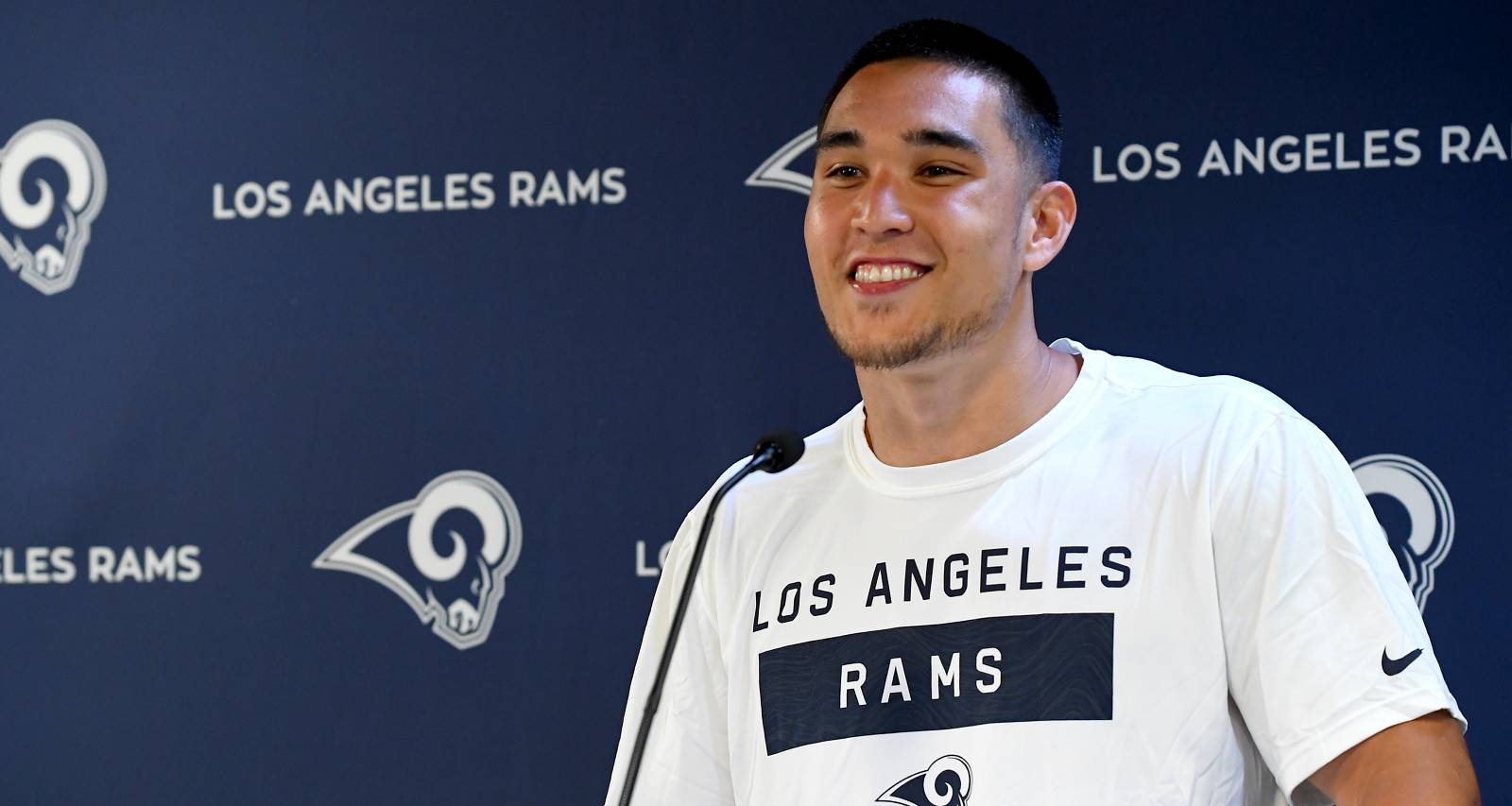 Taylor Rapp of the Los Angeles Rams on May 14, 2019 in Thousand Oaks, California. (Photo by Jayne Kamin-Oncea/Getty Images)

Taylor Rapp now has the first Super Bowl ring of his career, after the Los Angeles Rams beat the Cincinnati Bengals 23-20 on Feb. 13. However, the Rams’ social media pages are celebrating “more than one ring.” The Rams safety proposed to his high school sweetheart, Dani Johnson, soon after the Super Bowl win. Dani Johnson is known as Taylor Rapp’s girlfriend to Rams fans and Rapp’s followers. She’s been with the athlete through his high school, college, and professional career. But there’s very little known about her background. So we reveal more about Taylor Rapp’s soon-to-be wife in this Dani Johnson wiki.

Dani Johnson was born on March 5, 1997, in Bellingham, Washington. She is the younger of two daughters born to Tracey and Tyler Johnson.

Both Dani and her sister Megan played volleyball at Sehome High School. Dani graduated from high school in 2015 with volleyball accomplishments to her credit, and she also lettered in golf.

Dani initially attended Seattle Pacific University, but an injury brought her freshman season to a halt. She transferred to Skagit College where she recorded her best volleyball stats in the 2016 season.

Dani transferred to Southern Oregon University the following year. While playing the 2017 season, she majored in business.

Dani graduated in 2019. There are, however, no details about her career since graduation.

Taylor Rapp was born in Georgia and grew up in Bellingham, Washington. He played football at Sehome High.

Rapp has been dating Dani Johnson since November 2014. They made their relationship work while attending different colleges.

She’s also been with him throughout his career, including when the Los Angeles Rams selected Rapp in the 2019 NFL Draft. And when Rapp got the first Super Bowl ring of his career on February 13, he topped it off by giving a special ring to his longtime girlfriend.

Rapp went down on one knee at the SoFi Stadium after the Rams defeated the Cincinnati Bengals, and proposed to Johnson. The Rams’ social media profiles shared that incredible moment, including when she said yes to the proposal.