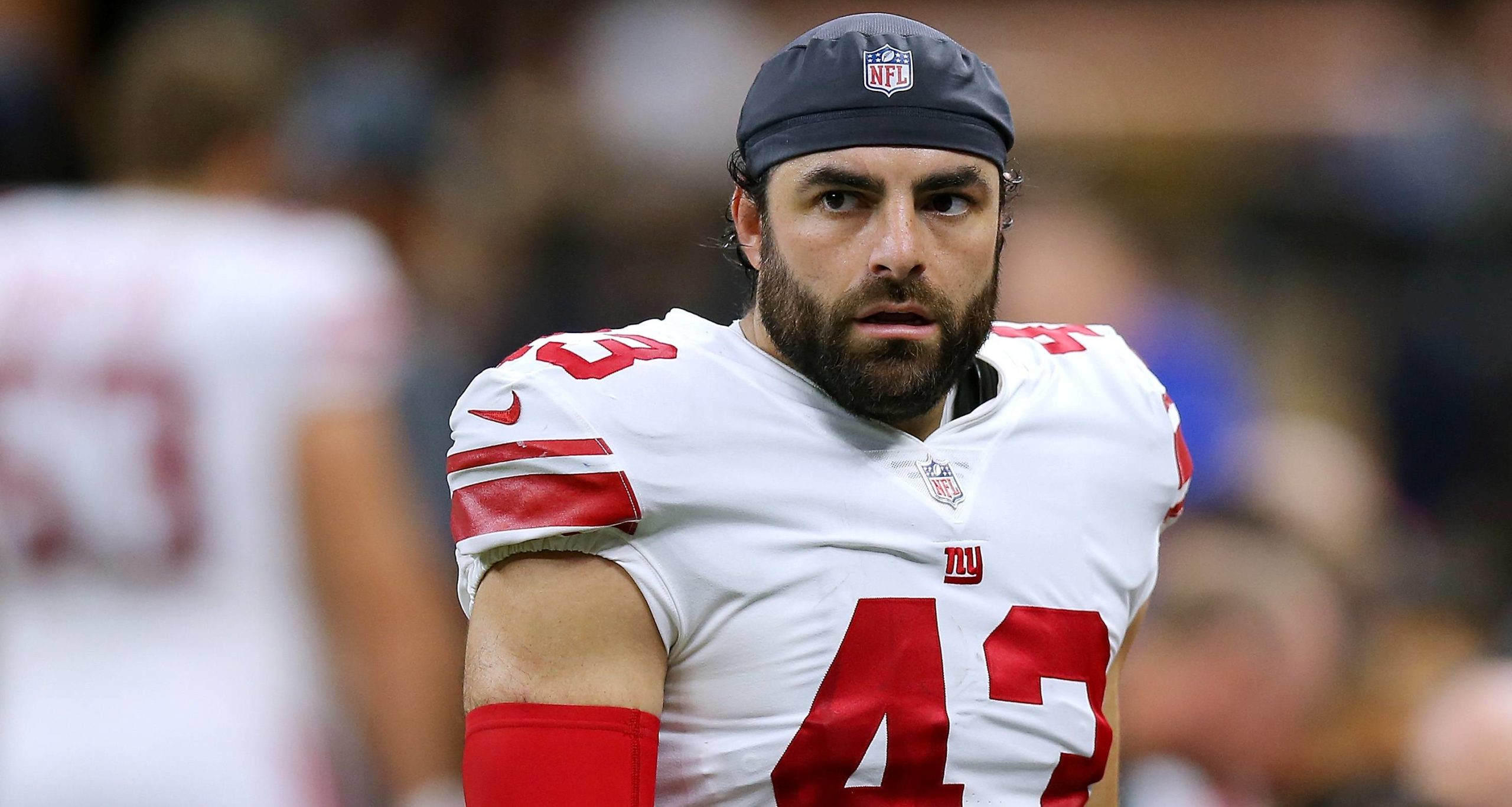 Nate Ebner won three Super Bowls with the New England Patriots, represented the U.S. as a rugby player in the 2016 Olympics, and signed with the New York Giants. And the NFL safety’s fans can’t help but think Nate Ebner’s wife has a hand in his success. Chelsey Walton has been the go-to person for all of Nate Ebner’s fitness secrets. Not only does she share what makes her husband a standout athlete, but she also helps shape the wellness goals of others. We reveal who Nate Ebner’s wife is and her background in this Chelsey Walton wiki.

Chelsey Walton and her twin brother, Chase Walton, were born on August 18, 1990. They are the youngest of three kids born to Jill McClain.

Chelsey and her brothers, Chase and Chance Walton, are natives of Ohio. They grew up in Hilliard where both brothers were football players and Chelsey was a track athlete.

Chelsey and Chase Walton graduated from Hilliard Darby High School in 2008. While her twin went to Dayton, Chelsey attended Ohio University. She graduated with a BS in applied nutrition with a concentration in dietetics in 2012. Soon after, she earned her MS in food, nutrition, and wellness studies from Simmons University in 2015.

By then, she had already embarked on her entrepreneurial venture. She founded Find Your Strong Fitness LLC in 2013. Since 2017, she’s been a clinical consultant and allergy portfolio marketing manager at Thermo Fisher Scientific.

Ohio native Nate Ebner attended Hilliard Davidson High School, not far from Hilliard Darby High. He married his longtime girlfriend, Chelsey Walton, at the end of March 2019, shortly after Ebner got his third Super Bowl ring with the Patriots.

Their wedding was held in Italy’s historic Amalfi Coast, and they spent half of April honeymooning there.

Walton has a hand in Nate Ebner’s personal fitness. She ran a health blog under the Find Your Strong Fitness banner detailing Nate Ebner’s fitness and diet regimen.