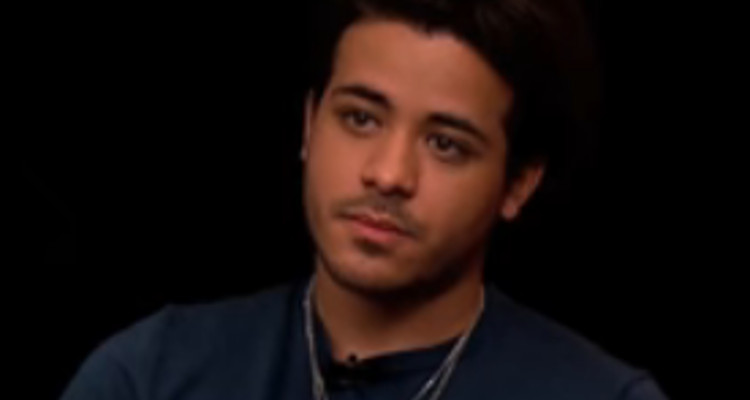 13 Reasons Why is ruling Netflix right now! The actors on the show have done an amazing job of bringing their characters to life, so it comes as no surprise that people are wondering about the show’s stars. Who plays Tony in 13 Reasons Why? Keep reading for details from Christian Navarro’s wiki.

There is good news for the cast, producers, and author of 13 Reasons Why. The on-screen adaptation has become one of the most talked about shows on Netflix. Based the novel by Jay Asher, 13 Reasons Why follows the story of a high school student who receives 13 cassette tapes from a classmate who just committed suicide. The first season of 13 Reasons Why was released on March 31, 2017 and is currently available to stream on Netflix.

Since its release, the show’s young cast has been getting a lot of attention. Especially Christian Navarro, who plays Tony Padilla. Fans of the show want to know more about Christian and we have some interesting facts from his wiki right here!

Christian Lee Navarro was born in the Bronx, New York on August 21, 1991, making his age 25. He is of Puerto Rican descent and although he had many minor roles in television before, not much is known about his personal life.

Also Read: Why it Took 6 Years for Selena Gomez to Find the Perfect Cast for “13 Reasons Why”

This guys the best. @dylan_minnette @netflix @netflixlat #13ReasonsWhy only on #netflix March 31st. We got to see the first episode of #ingobernable Amazing to see a strong Latina killing a lead role. @katedelcastillo amazing talent. Pleasure meeting you.

This is Christian’s first major role, but he’s had many memorable supporting roles in shows like Law & Order: Criminal Intent, The Affair, Rosewood, The Tick, and Blue Bloods. Additionally, Christian had a small recurring role on HBO’s drama, Vinyl and made an appearance in the film, Bushwick.

His role in 13 Reasons Why has definitely been his breakout role. Christian’s next project includes a film called Can You Ever Forgive Me?, which will be released next year.

Morning people. I'm blessed to be heading to work with some incredible actors this morning; Melissa McCarthy, Richard Grant, amongst others. Truly titanically talented artists. And I'm happy to say that today the trailer drops for our new #Netflix show #13ReasonsWhy. I'm not in the trailer, so here's proof I haven't in fact concocted an elaborate ruse. Oh and looming in the background is my one true love. Her names Sally. And she's a heartthrob. March 31st join Tony Padilla (me) and the rest of the gang and find out Who Killed Hannah Baker. #13reasonswhy

A post shared by Christian Lee Navarro (@christianleenavarro) on Mar 1, 2017 at 4:20am PST

Not much is known about Christian Navarro’s personal life. He was never spotted with anybody, which means maybe the 25-year-old is currently single and is focusing on earning fame and creating a successful career in the Hollywood industry.