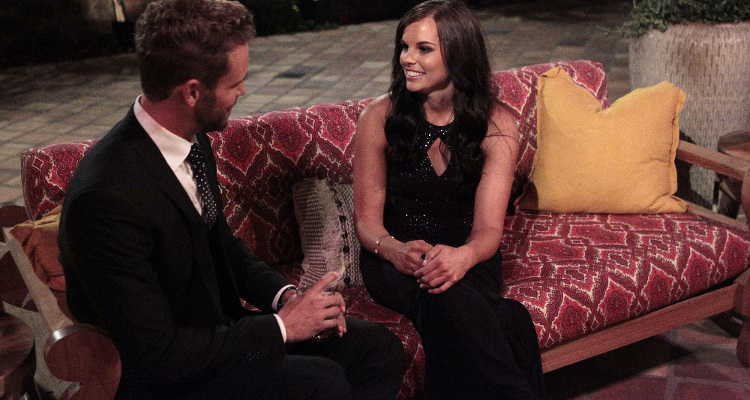 Nick Viall is the luckiest man on the planet, as he gets to choose his future bride from a bevy of 30 beautiful ladies, all vying for his affection. The Bachelor season 21 premiered on Monday, January 2. Here is everything you need to know about The Bachelor contestant Briana Guertler, who was sent home at the end of the premiere episode itself, along with seven other unlucky ladies.

The new year has ushered in a brand new season of ABC’s hit reality show The Bachelor, which stars none other than former contestant Nick Viall. The 36-year-old former accounts executive from Wisconsin has been roped in to be the face of season 21 of The Bachelor franchise. The aspiring model from L.A. has become one of the most well-known faces in the matchmaking series with it being his fourth outing. However, this time Viall is the leading man, and 30 young, stunning, and successful women will be competing to become his blushing bride. The drop-dead gorgeous contestants made their grand entrances while Viall pondered the daunting challenge of choosing the perfect woman to take home to his conservative Catholic family. At the end of the premiere episode, eight unlucky contestants got eliminated, but since it is The Bachelor, after all, you never know who will make a wild card entry and come back! Scroll down to find out everything you need to know about the eliminated contestant Briana Guertler.

The fourth time’s definitely a charm for the handsome software salesman, Nick Viall. The Bachelor alum had also appeared in the ABC spin-off Bachelor in Paradise, where he wooed Jen Saviano, before it was suddenly announced that he would be the leading man this season. With his flourishing reality TV career and dashing good looks, the 36-year-old Chicago resident is a major catch and has amassed a devoted fan following. Not one to give up on finding true love, Viall is trying his luck again after being shot down twice on national television. Let’s hope he finds his lady love this time around!

The 28-year-old bachelorette hoping to become Nick Viall’s better half is a surgical unit nurse who hails from Salt Lake City, Utah. Standing tall at 5’4″ Guertler told ABC that she has a tattoo of a Celtic knot signifying eternity on her right foot. An avid movie watcher, her favorite flicks are Zoolander, How to Lose a Guy in 10 Days, and the iconic Shawshank Redemption. She also loves watching the 1990s sitcom Friends over and over again, saying, “I watch a million reruns and it never gets old.” We second that!

In her biography on the official ABC web site, Guertler stated that she wants to be a dolphin “so I could breathe underwater, do flips and be cute.” Aww, isn’t that adorable? Reiterating her love for the ocean, she declared Ariel from The Little Mermaid to be her favorite fictional animal saying, “She’s a mermaid with great hair, cool animal friends and she marries a cutie.” Well, you just can’t argue with that logic!

Calling her move to Utah the most outrageous thing she has ever done, Guertler claims she absolutely can’t live without coffee, her water bottle, socks, chapstick, and her family and friends. Proving that she’s just like the rest of us mere mortals, Guertler admitted that her guilty pleasure is a “Big Mac” meal from McDonald’s, while her preferred fruit is a pineapple because it is “Hawaiian, delicious, tropical, and pretty.” 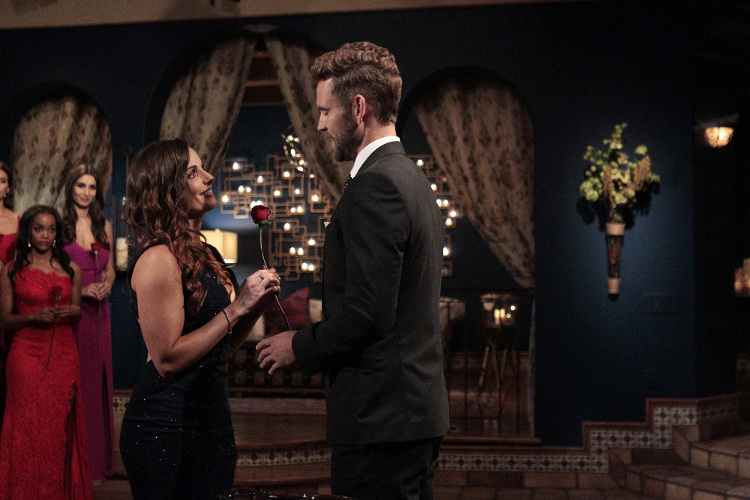 When it comes to The Bachelor contestants, rest assured the audiences will be provided with 100% pure unadulterated entertainment. This season proves to be no different as the bevy of beauties hoping to leave a lasting impression on Viall includes a smart and savvy Southern belle, a camel lover, a dolphin/shark aficionado, as well as a woman from Nick’s past carrying around a soon-to-be-revealed secret. The Bachelor 2017 contestants make up a unique and interesting bunch who are all looking for the same thing— love! Other than Briana Guertler, the other unlucky ladies who got eliminated and subsequently sent home by The Bachelor Nick Viall were Olivia, Angela, Lauren, Ida Marie, Jasmine B., Michelle, and Susannah. Don’t be disheartened girls; there’s always Bachelor in Paradise! 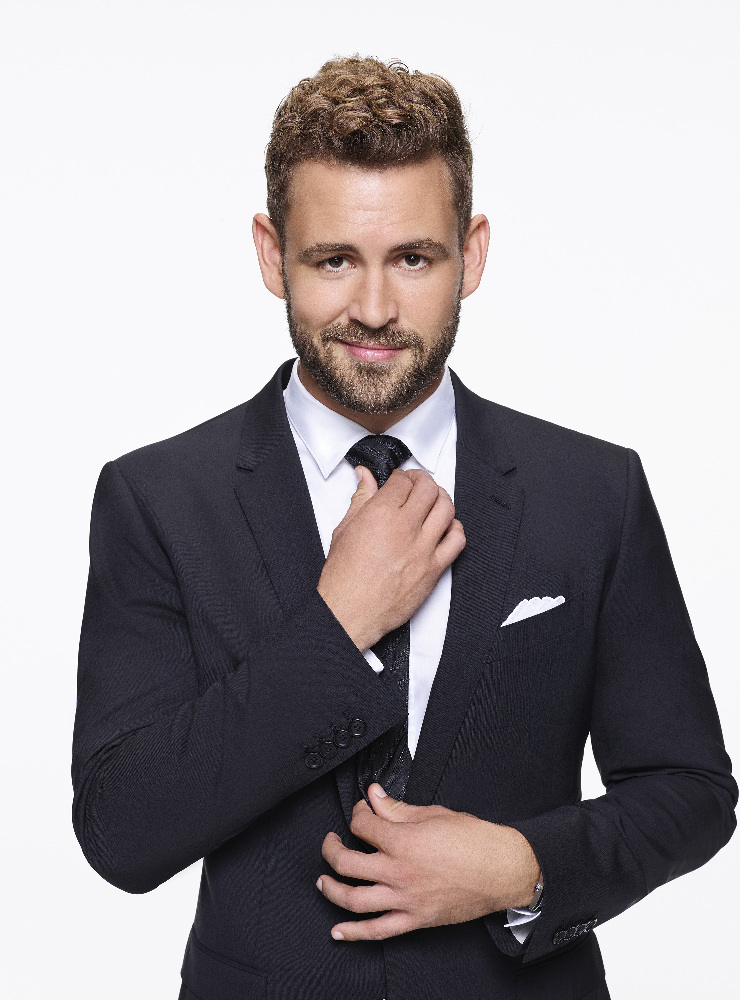 Get ready for plenty of high-voltage drama, as the claws come out and the cat fights commence, after the season premiere episode of The Bachelor season 21. Dolphins seemed to be the USP of this season, as several contestants, such as Alexis, Angela, Astrid, Lauren, and Briana, made references to the adorable aquatic animal. There’s plenty of action-packed drama this season and regular viewers can look forward to amusing incidents like Viall getting slapped, Jaimi telling him about her ex-girlfriend, Viall becoming the sixth Backstreet Boy…and, most definitely, a romantic proposal at the end! Don’t miss The Bachelor, which airs on Mondays at 8:00 p.m. EST, only on ABC! 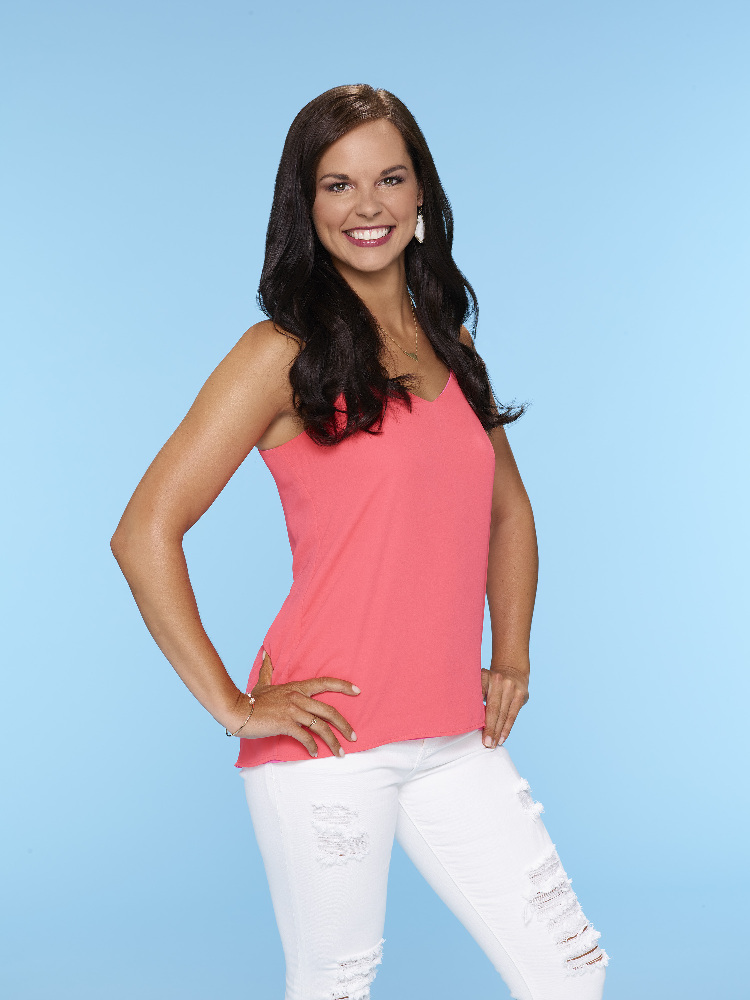