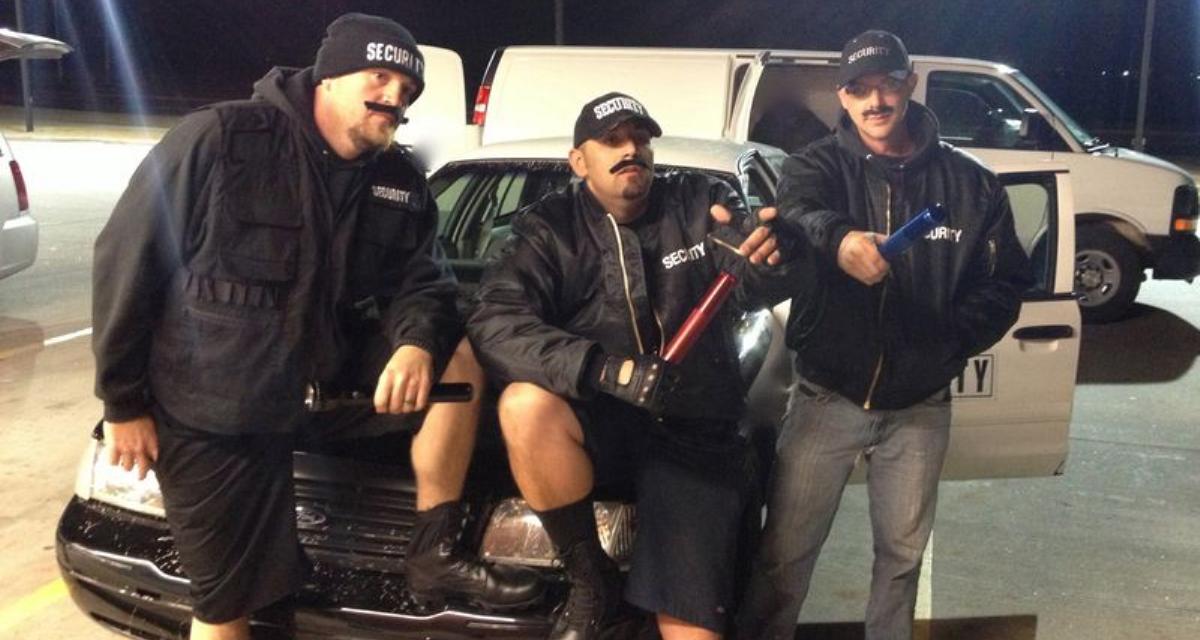 Justin Shearer aka Big Chief is one of the biggest draws on the reality TV series, Street Outlaws, which airs on the Discovery Channel. He has been interested in street car racing since his childhood, and his parents encouraged him to follow his passion. Today, he is one of the best racers on the circuit, and it has certainly made him financially stable, with an estimated net worth of $2.0 million! He loves spending time with his family and in the gym when he is not competing.

Anybody who has kept up with American reality television series Street Outlaws on the Discovery Channel for the past few seasons surely knows who Big Chief is.

Big Chief (whose real name is Justin Shearer) is a street car racer. He competes with other street car racing enthusiasts to showcase his driving skills and win titles.

The reality star has been doing this for a while and has appeared on Street Outlaws ever since its first season, which premiered on June 10, 2013. He has appeared consistently in its subsequent seasons and has become a familiar face to the millions of viewers who eagerly follow the program.

Since 2006, Big Chief has been married to his longtime girlfriend, Allicia Shearer. He has two sons with her.

According to some fans and rumors, Allicia filed for divorce from Big Chief in November 2017, but this news is not yet confirmed. There have also been rumors of Big Chief spending time with his new girlfriend, as well.

Bit by the Car Racing Bug

Even though his real name is Justin Shearer, he is better known to all his fans and the street racing community as Big Chief. He was born on December 9, 1980, in Louisville, Kentucky, which makes Big Chief’s age 37.

Big Chief developed a massive interest in street racing from a very young age. So much so, that he used to get on his bike and go watch street races on Old Route 66 when he was just nine years old.

In 1992 (when he was just 12 years old), Big Chief’s family relocated to Oklahoma. There, he was exposed even more to street car racing, and it soon became a passion for him.

His Parents Encouraged and Inspired Him

Big Chief was lucky to have a mother and father who encouraged him to follow his interests, and they gave him a good childhood. He is especially close to his mother, who has been a great inspiration for him all his life.

takin a break, suckin on a jolly rancher while waiting for the film crew to set up lights that make us look more interesting. #streetoutlaws #season8 #watermelon #sourapple #myfav #wandabehindmelikebruh

Talking fondly about his mother, Big Chief said, “I didn’t realize it at the time, but my mother is my hero. She raised two mean ass kids by herself and went to school to be a nurse while working full-time and dealing with my crap. She is the superhero who saved my life.”

Some of Big Chief’s favorite memories from his childhood are training horses with his mother and working on cars with his father.

He said, “My dad has been involved in motor sports since he was young. He started taking me to the track as a baby and always included me when working on or racing the cars.”

Lately, there has been speculation about the reality star’s personal life, and people have been curious to know more about Big Chief’s wife, Allicia Shearer. She, too, was born in Louisville, Kentucky, and grew up there.

Big Chief was just 18 years old when he met Allicia for the first time at a full-service gas station. It was love at first sight for him, and he says that he “instantly got nervous” and just knew that he “would have trouble with this girl.”

The couple started dating, and his gut feeling did come true. Their relationship culminated into marriage, which took place on November 29, 2006.

Today, they have two sons together. Allicia and Big Chief’s kids are named Corbin Shearer and Corvil Shearer.

But these days, the Internet is full of news that their marriage is in trouble and that Allicia has filed for divorce. However, Big Chief has chosen not to speak on this matter so far, so it’s unclear right now whether the rumors are true.

It was heard through the grapevine that the reason behind their supposed split is infidelity, although it is not clear who cheated on whom.

Another reason could be the very little time that Big Chief gets to spend with his family thanks to his busy work schedule. In fact, he has said several times that he has not been able to give as much time as he should to his family in recent years.

Another angle to this issue is the presence of Big Chief’s reported new girlfriend on the show, Jackie Braasch. The blonde beauty has been following Big Chief around in the show, sparking rumors that the two are dating.

Neither Big Chief nor Braasch have confirmed these rumors or spoken about their supposed relationship. But that hasn’t stopped fans from already alleging her to be Big Chief’s girlfriend!

Big Chief has been an integral part of Street Outlaws from it’s very beginning, and the show has become a marquee name for the Discovery Channel. He has been a part of every season so far, except when he did not appear in some episodes of Street Outlaws season 10.

His fans were disheartened, and the rumor mill worked overtime alleging that he left the show, but that turned out to be false. He was back in the later episodes of season 10.

Thanks to his wins in street racing contests, his appearance on Street Outlaws, and other business engagements, Big Chief’s net worth currently sits at around $2.0 million.

He lives and breathes drag racing and cars, not to mention the show’s continued success. So, it’s quite possible his net worth could increase in the future.

Big Chief’s first car was also his dream car. It was a 1972 Pontiac LeMans that he named “The Crow.”

He completely rebuilt it and customized it for his own needs. It took a lot of work putting together this car.

The streetcar racer had to work hard and use heavy machines, a balanced engine (which included a balanced rotating assembly with custom turbo pistons), a custom valve train, and ported heads.

On Street Outlaws, Big Chief has debuted several of his new cars. He is currently racing around in his latest finished project, which he named (not surprisingly) “The New Crow.”

I am glad that Allicia and my new girl (firebird) finally got to know each other these last few days. #teamworkmakesthedreamwork #streetoutlaws #besties #crowmod #family #shearerstrong

One big reason for Big Chief’s success in street car racing is his physical fitness, which is very important to him. He is usually found in the gym exercising when he is not racing his fast cars or working on them.

He is inspired by Dwayne Johnson (better known as The Rock), whom he adores and works hard to be fit.

Big Chief has earlier shared his fitness mantra with his fans, saying that he has spent a lot of time powerlifting and training in the gym.

Street car racing is exciting, but it is also very dangerous and could even be fatal. This is something that Big Chief found out for himself a few years back.

On November 14, 2015, he got into a severe accident with fellow racer Brian “Chucky” Davis while racing in Oklahoma. Chucky’s car came in contact with Big Chief’s car (The Crow), and both men lost control of their vehicles.

Big Chief was very lucky to have escaped with his life, even though he suffered pulmonary contusions, a broken collarbone, and a damaged spinal cord. His car, however, was simply turned into a mass of twisted metal and was of no use anymore.

Unlike most men who would have given up, Big Chief recovered from his injuries and was back on the streets of Oklahoma racing his fast cars once again.

Some time back, there was a rumor going around that Big Chief had entered rehab for some reason. His fans were upset at this news and were wondering if they would see him racing ever again (or if he’d even be back on Street Outlaws).

Fortunately, it turned out to be a false alarm. And Big Chief himself clarified that he had not gone to rehab.

In fact, he even joked about it saying that what would a 6’3’’ tall and healthy person be doing in a rehab? See how quickly rumors spread?!

In addition to working out at the gym, another thing that keeps Big Chief on his toes is his penchant for energy drinks. He has even admitted that he cannot live without energy drinks and his absolute favorite energy drink is Monster! (Do we hear sponsorships calling?)

An Ear for Good Music

When Big Chief wants to unwind and relax, he listens to music. He enjoys all kinds of music, and some of his favorite artists are Hank Williams Jr., Primus, Clutch, Lil Wayne, Johnny Cash, Yo Gotti, Old Crow Medicine Show, George Strait, Dr. Dre, The Avett Brothers, and Slayer.

The Fast & the Serious

On the street racing circuit, there is nobody more dedicated, determined, and passionate than Big Chief. He has proved that he is among the best racers of his generation.

Despite giving his time to various promotional activities and spending time with his family, Big Chief makes sure that he reserves his best for the passion that has gripped him from childhood—street car racing. For Big Chief, living in the fast lane is second nature!