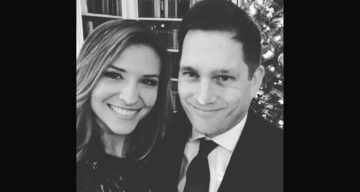 Mary Bruce has kept ABC News viewers up to date on the latest political happenings in Washington, D.C., for over a decade. But this congressional correspondent has rarely given much insight into her personal life. While she does share pictures of her family and husband, not much is known about Bruce’s family. Her longtime viewers are curious about her husband and son. So, we’ve got details about Mary Bruce’s family here.

Mary Bruce was born on May 23, 1983 in Washington, D.C., where she also grew up. She is one of two daughters born to Charles Bruce and his wife.

Mary’s parents, sister, and siblings often feature on her social media. But she rarely identifies them.

After graduating from D.C.’s National Cathedral School, Bruce studied history and Spanish at Washington University in St. Louis, Missouri. She later returned to her hometown, joining ABC News in 2006.

Based in the Washington, D.C., bureau, she started as a desk assistant before moving up through the ranks of general assignment reporter, White House producer, and multi-platform reporter. She was promoted to senior congressional correspondent in 2017.

Bruce has been at the top of all White House coverage since 2015. Not only has she conducted interviews in the halls of Capitol Hill, she has reported on the investigation into Russian interference in the 2016 presidential election, the fight for health care reform, and the confirmation of Justice Gorsuch.

According to several sites, Mary Bruce is married to one Duane Moore. He is reportedly an investment banker, and they met in 2010.

However, the Mary Bruce and Duane Moore who are married are an entirely different couple. ABC correspondent Mary Bruce is married to a man only identified as “Phil,” whose birthday is on Valentine’s Day.

They married on September 7, 2013. Phil often features on Bruce’s Instagram account, where she and her associates have called him Phil.

9.7 then and now #fiveyears

They have a son who was born in June 2018. Her known associates have identified him as “George” in Instagram comments.