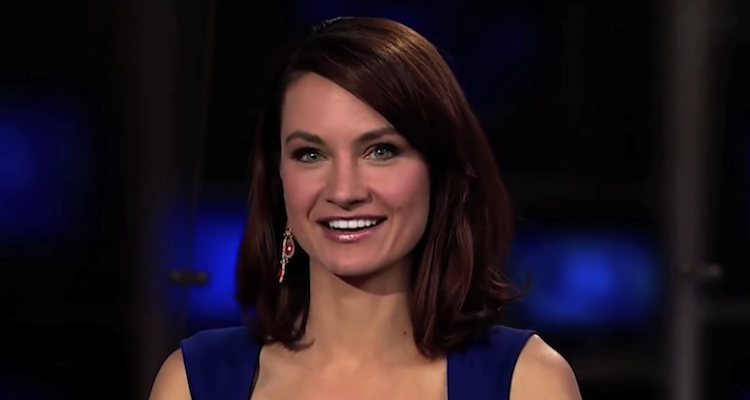 If you live in the Chicago area, Jenny Milkowski has been a staple of your morning viewing for nearly three years on Fox 32. She’s funny, she does traffic well, and she’s… um… well… we’ll come right out and say it; she’s probably the most attractive traffic reporter in the history of traffic reporting! But, without any warning, she disappeared from our airways. So, where is Jenny Milkowski? We’ve got all of your answers right here.

For nearly three years, Jenny Milkowski was Fox 32’s go-to woman for the morning traffic, as well as being able to fill in for various other segments on Good Day Chicago. She checked out local restaurants, charity events, art exhibits, you name it. Which begs the question, what happened to Jenny Milkoswki?

Unfortunately, Jenny Milkowski was fired! According to Milkowski, she was brought into the office and it was explained to her that they wanted to go in a different direction with a more serious traffic reporter. While she stated she had no ill will towards the folks at Fox 32, she was sad that she didn’t get a chance to say goodbye to viewers. In a statement she released via her various social media platforms, she said:

“What saddens me most is that I was not able to say goodbye to the people who matter the most…the viewers. That breaks my heart. The reason this is so long is because I feel like I owe my viewers an explanation. My heart breaks as I write this, but I know great things are in store and I will continue to inform and entertain people on many media platforms.”

Where Is Jenny Milkowski Heading?

Now, for all of you that may be worried about Jenny Milkowski, put your fears aside! She is part of a new breed of television personality. Even before she came to Fox 32, Milkowski built a solid foundation in the digital world.

Currently, Milkowski is using Facebook to broadcast live segments, very similar to the pieces that she used to do at Fox 32. Essentially, she hasn’t missed a beat. She’s even made a few jokes about her recent unemployment. That being said, if she does go back to a more traditional broadcaster, we wouldn’t be surprised if she stays in Chicago.

Chicago is where Milkowski was born and raised. She knows the city and its people really well. If she does stay in the city, WGN might be a likely suspect of where she may show up, as she’s already mentioned them a few times on social media, and it’s a station that would also fit her personality and style! Here’s hoping!