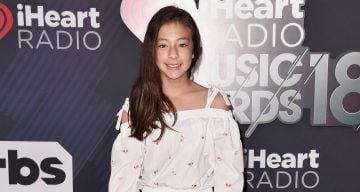 Modern Family concluded season 9 last night (May 16), but we couldn’t help but notice some of the younger characters were missing. What happened to Lily on Modern Family?

Lily Tucker-Pritchett’s child-size sarcasm has been a staple on Modern Family since the show started years ago. However, reports show a declining appeal throughout the last few seasons and some are wondering if it’s because of a few missing key characters.

Modern Family concluded season 9 and is set to enter its tenth and final season soon. But the season 9 finale saw Aubrey Anderson-Emmons’ character missing. What is Modern Family without Lily?!

Of course, fans noticed her absence and now they want answers.

Where Is Lily on Modern Family?

Aubrey Anderson-Emmons has played Lily Tucker-Pritchett since season 3 and fans fell in love with her deadpan sarcasm and her penchant for mischief. She’s clashed for attention with Luke (Nolan Gould) and Manny (Rico Rodriguez) and one-upped Haley (Sarah Hyland) and Alex (Ariel Winter).

But in the last few weeks before the season finale, Lily, Manny, Luke, and Alex have had very little screentime. Lily has especially been conspicuous by her absence.

So why no Luke or Lily in the last 2 episodes of the season (and for most of the night I thought Alex wasn't going to show up either)? #modernfamily

We know that Alex is busy with college (just like the actress who plays her) and Manny is setting off on a road trip in the finale. However, the show seemingly doesn’t explain Lily and Luke’s absence in the latest episodes.

Fans have hit Twitter with questions about Lily and Luke’s whereabouts. But Lily’s absence is particularly felt, especially since Mitch (Jesse Tyler Ferguson) and Cam (Eric Stonestreet) have a new kid to look after.

Not that we have a problem with baby Cal, but the loyal Lily fans feel their snarky princess has been replaced.

Note to Mitch and Cam: Kids are not cars – you do not trade in one for another (IOW, Lily better be back next fall). #modernfamily

With her absence in the season finale, some even dread that Lily won’t appear next season. Could Anderson-Emmons be leaving the show?

Lily hasn’t exactly vanished into thin air. The show did explain her absence.

Lily hasn’t appeared on the show since a couple of weeks ago. In the May 2 episode titled “Mother,” Cam and Mitch explain that Lily is on vacation.

Pam (Dana Powell) is moving back home to Missouri after shacking up at the Tucker-Pritchetts for more than a year. She has taken her niece along so that Lily can spend her vacation bonding with her grandparents (Cam’s parents).

So, Lily has been staying over at her grandparents’ farm in Missouri (at least that’s what the storyline is) while Cam and Mitch are looking forward to getting some “couple time” together.

Who are we kidding? This is Modern Family!

In the season finale, Mitch and Cam take in Pam’s toddler, Calhoun “Cal” Johnson when she has to go to prison again. We presume Lily’s with her grandparents during that time.

The plan was to send Cal to Cam’s parents in a few days. But after making a spontaneous decision, they decide to raise Cal in his mother’s absence.

Will Lily Be in Modern Family Season 10?

ABC hasn’t made an official statement about Anderson-Emmons’ absence. So, if there’s no official confirmation, we can safely assume that she is sticking with Modern Family.

It’s possible that the writers didn’t dwell on Luke and Lily’s storyline with the older characters going through some life-changing developments.

Hi @Nolan_Gould ! I have a question – what’s your favorite thing about working with me? ?❤️ Miss ya! #AskNolan

Sarah Hyland, Ariel Winter, Rico Rodriguez, and Nolan Gould grew up on the sets of Modern Family and are now adults. So, they could all negotiate higher salaries for seasons 9 and 10.

According to reports, Anderson-Emmons’ contract is valid through seasons 9 and 10. So, it’s unlikely she’s going anywhere.

The young actors don’t seem to be upset about not appearing in the season finale, either. Gould urged fans via Twitter not to miss the season finale hours before the episode aired, and Anderson-Emmons retweeted his clip.

Cam and Mitch’s decision to raise Cal sets the tone for season 10.

Lily and her cousin will probably be raised together, which will be interesting to watch. As we know, Lily didn’t take very well to losing the position of being the baby of the family to Joe.

Perhaps we should be more worried about Cal.

Then again, Cal has a mean tackle! So, Lily might not be able to toy with him as much as she could with Joe.