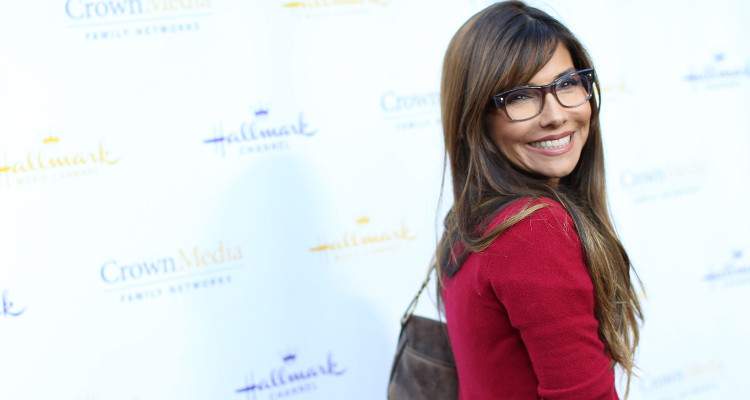 Congratulations are in order for General Hospital star, Vanessa Marcil and her fiancé! The actress and her non-celebrity beau have been engaged in 2015 and many have been curious about Vanessa’s future hubby. But the biggest news for the couple? They are finally pregnant with baby # 2, after a devastating six miscarriages. Who is Vanessa Marcil’s fiance? They’ve been together for years, so why do fans know nothing about him? We’re going to try to fill in the gaps for you here!

It’s a girl for Vanessa Marcil! After suffering six miscarriages, the General Hospital star announced her pregnancy last year to much joy. As she revealed on Instagram earlier this week, she’s expecting a baby girl. Who’s Vanessa Marcil’s baby’s daddy? Her mystery fiancé is a non-celebrity who slips under the radar most of the time. But it only makes fans more curious about Vanessa Marcil’s fiancé.

Who Is Vanessa Marcil’s Fiancé?

The Beverly Hills, 90210 star has kept her current relationship on the down-low. She does show off her fiancé on Instagram, but holds back on the big details. Marcil’s social media followers only know her fiancé as MC, as she refers to him on her posts.

MC works in law enforcement as a police officer, though his jurisdiction is unknown. On January 9, she celebrated Law Enforcement Appreciation Day with her #RealMan. She often uses that hashtag in her posts, probably as a nod to her uniformed beau.

Happy #lawenforcementappreciationday baby!!!!! To see a man who works as hard as you do and still have so much tenderness and humor with our kids and family is a real lesson in being a #RealMan I admire you and you inspire us all.

In November, Marcil shared the great news that she’s pregnant with her first child with her fiancé, after suffering six miscarriages in the past. In January 2018, she revealed that it’s a girl in another Instagram post. This is their first child together, but they have previous experience raising children.

Ok!!! Here is my news Finally! I got a mani after exactly 1 year & we are planning our wedding but how do U pick Ur nose with nails? #imserious

After her divorce from Corey Feldman, Marcil dated her Beverly Hills, 90210 costar Brian Austin Green. The two are parents to 15-year-old Kassius Lijah. After their breakup, he moved on with Megan Fox while Marcil married Carmine Giovinazzo. During their marriage, the 49-year-old actress suffered a miscarriage. They eventually filed for divorce in 2012, which was finalized the following year.

MC has a daughter, Riley, from a previous relationship. As would be expected, there’s no other information on his daughter. Nevertheless, his experience raising Riley could be useful with raising his baby girl.

It’s baby time. After 6 miscarriages we are saying prayers for OPM ? ??#MadHappy

He Has a Ranch

Thank you for sharing in our excitement. My engagement ring was Audrey Hepburns gold band. @RanchMC72 on one knee in uniform. #REALMEN ☺️

He took his love for all of the above and opened a ranch with his family. As he detailed in his bio, “Follow as We open an organic restaurant with my family. We will raise our beef and make the beer too. Cheers! [sic]”

From the looks of it, MC loves posting about steaks and beer on his Twitter. Some of his posts are about hanging out with Marcil and her son, Kassius. Considering he knows his way around the barbeque and how to brew his own beer, Marcil is one lucky lady!

Happy holidays to all! May you all be blessed and merry! pic.twitter.com/4p59Jnf3v0