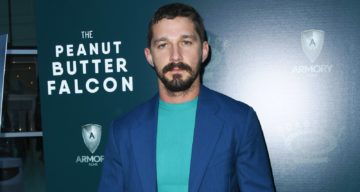 Pop music’s changeling, FKA Twigs, has been spotted with a man rumored to be her new boyfriend. Until very recently, she was dating a newly divorced Shia LaBeouf. But the Transformers star has a new romance brewing, too. LaBeouf and Twigs’ quiet breakup surprised their fans, who want to know why they split. Since he’s been seen with his alleged new girlfriend a few times, LaBeouf’s fans also want to know more about the mystery girl.

Shia LaBeouf and FKA Twigs costarred in the upcoming drama flick, Honey Boy. But romance rumors between them began brewing in June 2018, when they were filming together.

LaBeouf was fresh off the heels of his divorce from Mia Goth and Twigs had ended her engagement with Robert Pattinson in late 2017. By September 2018, unnamed sources confirmed to various publications that the actor and the singer were indeed dating.

Shia LaBeouf and FKA Twigs Broke up after Nine Months Together

In June 2019, LaBeouf was spotted with a mystery woman several times. They even went to one of Kanye West’s Sunday Services together.

While speculation was rife about LaBeouf’s relationship with Twigs, it was reported that the couple had split. A source close to the singer said that they had put their relationship “on hold,” owing to their busy schedules.

Though the status of their relationship was never confirmed by the couple themselves, the source claimed that they were spending time apart while the “Cellophane” songstress was on tour. Twigs, whose real name is Tahlia Barnett, has been traveling the world on her Magdalene Tour.

“FKA has been focusing on her tour and she wanted to put all of her heart and soul into it,” the source claimed. “They are really up in the air right now and were waiting until all of her work commitments were fulfilled to figure it out.”

LaBeouf and Twigs Move on with New Romances

The Honey Boy costars had apparently been broken up for a while when LaBeouf was spotted with his new mystery girlfriend. But the alleged girlfriend’s identity hasn’t been confirmed and no one knows who she is.

It’s not clear whether the Holes star will reunite with Twigs in the near future. The source that confirmed their breakup also said that communication between the exes has been “minimal.”

While they reportedly broke up so Twigs could focus on her music career, the English artist has a new romance, too. And the alleged new boyfriend isn’t a mystery man.

Twigs was seen cozying up to a guy in London this September 15. According to sources, the alleged new boyfriend is one Reuben Esser, a fashion editor for Another Man magazine, based in London. Their relationship hasn’t been confirmed, though they looked smitten with each other as they enjoyed some playful yoga in a park.