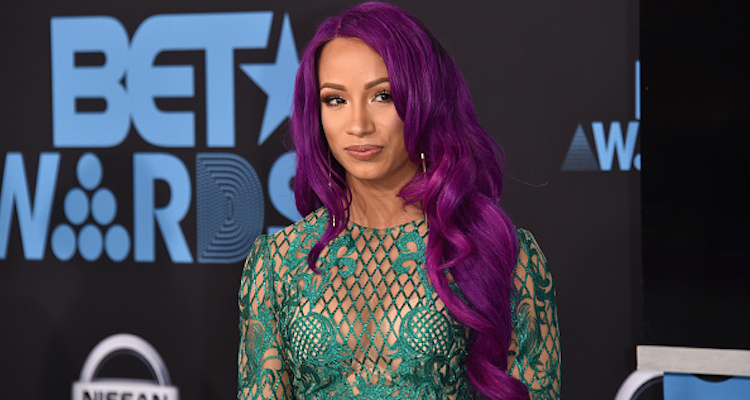 Sasha Banks is amazing. She is one of the best wrestlers in the WWE’s women’s division, she’s got an amazing character, in short, she’s the total package. But what do you really know about her outside of the ring? In this Sasha Banks wiki, you’ll learn things about “The Boss” that you may not have known. We’ll look at where she came from, Sasha Banks’ age, the recent controversy over her accidentally injuring Paige, and even fill you in on who Sasha Banks’ husband is. Here is all you need to know about Sasha Banks.

The Beginnings of a Champion

Sasha Banks was born Mercedes Kaestner-Varnado on January 26, 1992, in Fairfield, California, and entertaining runs in her family’s blood. Her cousins include rapper Snoop Dogg, singer Brandy, and television personality Ray J. Banks’ brother was diagnosed with autism, which led to her family moving around a lot until they finally found a place with the best resources to help him out. The family eventually settled in Massachusetts.

Amongst all the moves, at some point, Banks discovered professional wrestling. But it wasn’t the WWE that first caught her attention, it was All Japan Pro Wrestling that drew her eyes. She became absolutely fascinated, and soon began watching WWE programming. One of her early favorites was Eddie Guerrero.

Training to be “The Boss”

Banks wanted to become a wrestler, but had to find a place to train. She lucked out and discovered that a local wrestling school, Chaotic Wrestling’s Chaotic Training Center, was holding a contest. The winner got a full scholarship to the training center. The Chaotic Training Center also helped train other well known WWE performers like Kofi Kingston and Damien Sandow. Banks beat out the other contestants and began her training in 2008.

She was a natural pro wrestler and, after adopting Mercedes KV as her wrestling name, made her debut for Chaotic Wrestling in 2010. For the next two years, she worked matches in Chaotic, as well as other indy wrestling federations in the Massachusetts area, until the WWE came calling in 2012.

Sasha Banks reported to the WWE’s developmental system, NXT, in 2012 after a tryout and receiving a contract, but it wasn’t until 2013 that we saw “The Boss” character in its full glory. During this period, Banks, along with Bayley, Charlotte, and Becky Lynch jump started women’s wrestling within the WWE system. The four ladies went on to have stellar matches that were not only blowing away NXT fans, they were lightyears ahead of most women’s wrestling on the main roster. Banks was called up to the main roster in 2015, and the rest is history.

Recently, there has been some controversy over Banks accidentally injuring fellow wrestler Paige, an injury that is rumored to have ended Paige’s WWE career. From looking at the video footage of the incident, it appears to be an honest mistake and maybe says more about the condition of Paige’s neck than it does Banks’ skill.

Sasha Banks’ WWE career has paid off for her big time. Salary wise, it’s estimated that she is making somewhere around $225,000 a year, but that does not include her portion of merchandise sales —and she does move a lot of merch. She does a great job of promoting herself through various social media platforms, and Sasha Banks’s Instagram is filled with pics of her travels, wrestling, and interests.