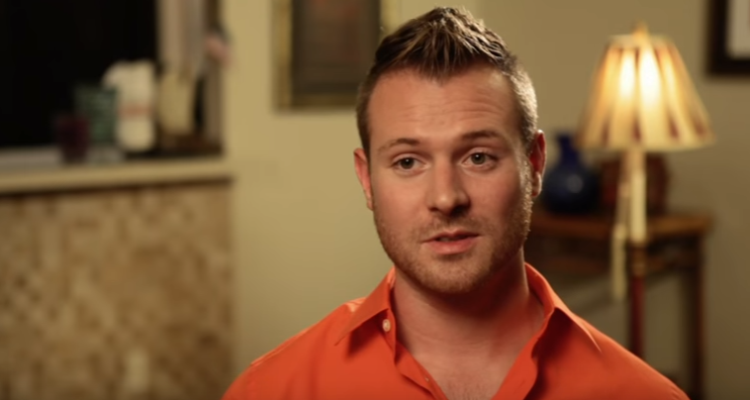 Russ and Paola from 90 Day Fiancé were one of the very first couples that viewers were introduced to on the hit reality series. Starring on the first season of the show, which is now in its fourth season and with multiple spin-offs, this couple was a rather tame introduction to the intense drama that was soon to come. 90 Fiancé’s Russ Mayfield met his wife, Paola, when he was in Colombia on business. Paola was a fashion designer from Bucaramanga, Colombia, and Russ was a field engineer from Tulsa, Oklahoma—talk about an unlikely couple! Despite their vastly different roots, the pair grew extremely close during Russ’ time in Colombia, and applied for a K-1 visa soon after he returned to the United States. Although they experienced some cultural differences once Paola arrived in the country, they seemed to have worked through most of them on the show. Want to learn more about Russ and his background? Keep reading our Russ Mayfield wiki for more!

Money Woes and Striking a Pose

Russ from 90 Day Fiancé’s job is what led him to his now-wife, Paola, but it’s also what caused some tension in his marriage. The newlyweds ran into some difficulty when Russ lost his job and was unable to find work to support his family. Fortunately, wife Paola Mayfield was able to pick up the slack with the money she had earned from small acting parts and the occasional modelling job. While she was able to find a few opportunities in Oklahoma to foster her budding career, the 30-year-old desperately wanted to move to Miami to take her career further. This was yet another point of contention in their marriage—Russ was uncomfortable with her baring skin in front of the cameras, and would rather she have pursued something a little more modest. However, there was no backing down for Paola—her career seems to be in full swing, judging from her online modelling portfolio.

His Parent’s Aren’t Too Keen on Her

While Russ and Paola weren’t without the occasional scuffle, the newlyweds seemed to get along well, especially in comparison to some of their co-stars. Aside from finances and work, the couple had some trouble integrating their families—Paola had a difficult time with Russ’ parents, in particular. Much of their dispute can be chalked up to cultural differences, but unfortunately, they didn’t seem to be able to reconcile as smoothly as one would hope. Things got so bad, in fact, that Paola publicly voiced her desire to denounce Russ from 90 Day Fiancé’s last name, and take back her maiden name. The reunion show for the reality TV series is where fans first heard of this, and the Colombia native received a ton of backlash.

Their current relationship status may be unclear for the fans that follow the couple’s respective Instagram pages. They seem to be in a long-distance relationship and spending less and less time together as a married couple—so are Russ and Paola from 90 Day Fiancé still together? It’s true that Paola has said they’re currently “living separate lives” because of their professions, but Russ and Paola’s status in 2017 is that they are still married.

It doesn’t surprise us that these lovebirds are fighting for their relationship, even though their work commitments have them in two different places. Russ’ initial letter to the consulate submitted during the visa process was published online, and was nothing short of touching. He mentioned that he felt a connection with the Colombian designer from the moment they met, and knew she was someone special. He went on to describe the insane amount of time they spent together while he was in Colombia, and that although he was unexpectedly sent back to the United States sooner than they thought he would be, “[they] were 100% sure of [their] relationship and future and [their] love for each other was constantly growing.”

While Russ and Paola might be facing some rocky times, we’re sure that the love they have for each other will prevail and that they’ll work through their issues to stay together, wherever they end up. Check out their advice for newlyweds below!