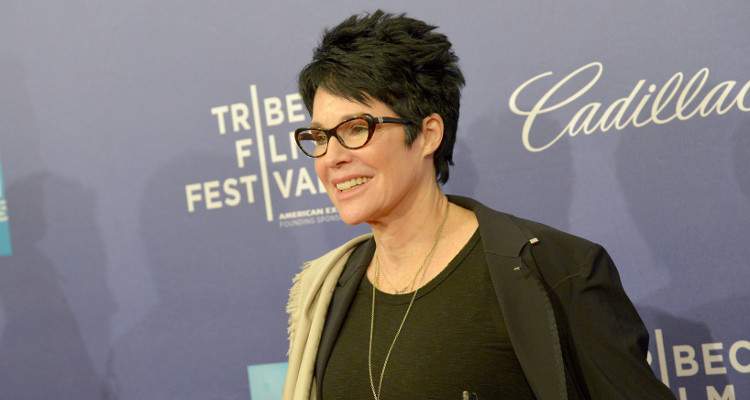 The Internet is buzzing with news of a sexual relationship between Marlon Brando and Richard Pryor! On Wednesday, Richard Pryor’s wife, Jennifer Lee-Pryor, confirmed the news after music legend Quincy Jones speculated about her husband’s sexuality in an interview. Who is Jennifer Lee-Pryor and what did she say? We have the scoop right here!

According to Lee-Pryor, the late Richard Pryor was open about his bisexuality. And, he would have no issue with Jones’ comments.

The actress was married to Pryor until his death in 2005. She spoke about the comedian’s life in the ‘70s, when drug use and multiple sexual relationships were commonplace.

She Is an Actress, Producer, and Author

Actress and producer Jennifer Lee-Pryor is known for her work in Bold Native, The Wild Party, and The Believers.

Lee-Pryor’s memoir, Tarnished Angel: Surviving the Dark Curve of Drugs, Violence, Sex, and Fame, was released in 1991. It details her relationships with some of the biggest stars in the ‘70s and ‘80s.

The author also discussed drug use in the era of free love and said that it “was pervasive and public in Hollywood at that time. Everybody was packing a vial. Now it’s all gone back into the closet.”

Richard Pryor Was the Love of Her Life

Jennifer Lee and Richard Pryor married twice—from 1981 to 1982—and then again from 2001 until his death in 2005. Lee-Pryor was by his side as the comedian battled multiple sclerosis for many years.

After Richard Pryor’s death in December 2005, Lee-Pryor spoke about her late husband and said, “He was a real piece of work. He was a handful, and a wonderful handful, and a heartbreaker and the love of my life.”

“He had a very dark side that could strike out and be very volatile at any moment. He was incredibly loving and vulnerable. When I met him, the thing that struck me most about him was his vulnerability. And I can tell you many women say this about him, that there was something so open and raw and refreshing about him,” Lee-Pryor told ABC News.

Head over to her Twitter, and you’ll be welcomed with a picture of a young Jennifer Lee-Pryor with Richard Pryor. You’ll also find more of Jennifer Lee’s pics on her Facebook page.

The first day I met Richard Pryor, the love of my life! pic.twitter.com/ECv7HBCO5u

What Did Jennifer Lee-Pryor Say?

Jennifer Lee-Pryor’s latest comments have put her back in the spotlight! On Wednesday, she confirmed the rumors that Richard Pryor had sex with Marlon Brando.

Lee-Pryor told TMZ that her husband would have no qualms about these revelations going public. According to her, he was open about his bisexuality.

“It was the ’70s! Drugs were still good, especially quaaludes. If you did enough cocaine, you’d f**k a radiator and send it flowers in the morning,” the actress said.

The rumors of Brando and Pryor spread after Quincy Jones’ interview with Vulture.

Lee-Pryor also revealed that her late husband detailed his sexual relationships with men in diaries that she plans to release later this year. And, she is no stranger to controversy when it comes to publicizing Pryor’s life.

The release of a Richard Pryor biopic hit a roadblock in 2014. The comedian’s son, Richard Pryor Jr., handed over a cease and desist letter that halted production.

Pryor Jr. alleged that Lee-Pryor “duped his father into signing over the rights to his name.” He claims that this was done when his father was not in a good mental or physical condition. There was also a debate over who will play the comedian in the film.

In 2016, the rights to the biopic were handed over to The Weinstein Company. But after Harvey Weinstein’s sexual assault scandal, and the following aftermath with his company, it seems like everything’s up in the air once again.